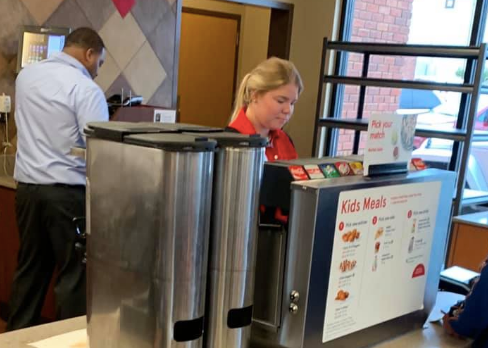 A customer at a fast food restaurant in Mississippi, United States hailed one of its workers for an act of kindness toward a man who only had $5.

Robert Gooch was in line at a Chick-fil-A in Jackson to pick up lunch for a doctor’s office, as per his post via Facebook last April 9. As he was checking his emails, he heard one gentleman ask the fast food worker what he could eat for $5 (P259).

“I hear a gentleman ask this lady, ‘I would like to purchase something to eat but all I have is $5,’” Grooch said.

“So nosy me looks up from my phone and notices this gentleman wearing a backpack and holding a $5 bill who looks to be homeless or maybe he was dealing with a hard time but either way as he asks about a few items on the menu he shortly discovers that he may need more than $5,” he added.

I think Monday’s are rough for a lot of us but allow me to share an inspiring story. Today I was picking up lunch for…

The employee, known only as Karina, helped the man and offered him suggestions on what he could order.

“As she’s asking him what he wants to drink and as he’s thinking about it, the lady says, ‘don’t worry about it because your breakfast is on me,’” said Gooch.

Gooch’s post has since garnered 5,000 reactions and over 1,000 shares as it went viral. He explained he took the picture for a couple of reasons.

Gooch added he has been in customer service for quite some time. He has been through numerous trainings throughout the years, but it took only three minutes for a girl like Karina to teach him about humility and caring for customers.

“I’ve been through some of the best trainings such as Dale Carnegie and yet a girl [named] Karina in a Chick-fil-A in Jackson, MS in a 3 minute conversation with a customer has managed to teach me the value of humility and taking care of your customers,” he said. “It’s not just the nuggets that make this place successful. It’s people like Karina.” JB