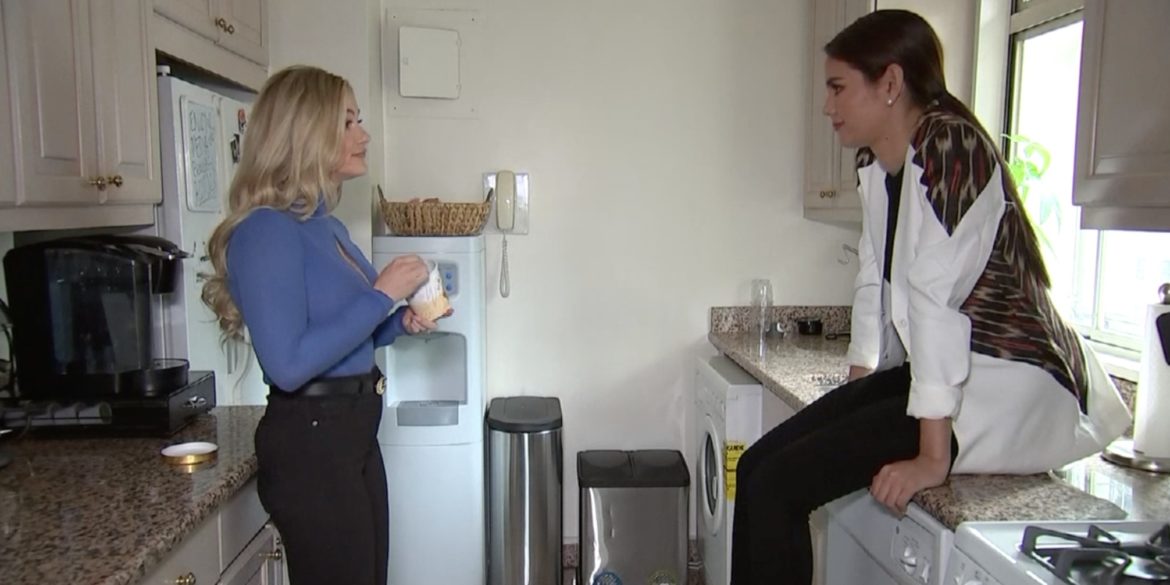 You may have seen them compete and win their titles, but there is a lot more to the story once they walk away with the crown.

Gray, of the Philippines, competed against Summers at the Miss Universe pageant in Bangkok, Thailand last December and only recently made her move to the Big Apple.

“I came around the beginning of January, moved in with Sarah. And I don’t think I’ve been much of a housemate because I am a bit of a hermit. Every time I come from that side of the world, I am always jet lag, I sleep at all odd hours of the day,” Gray explained.

Summers has been living in the sprawling three-bedroom, three-bathroom New York City apartment since she won her Miss USA title back in May of 2018.

“We’ve been joking because she does get jet lagged but she travels internationally so much and I am like, ‘Cat are you home? Do you want dinner?’ And I don’t know if she is home or asleep. It is just kind of a luck of the draw. But we have had some fun nights, we watched a movie and ate some New York pizza on the couch,” Summers said with a smile.

The apartment houses a revolving door of pageant winners, which each only holding their titles for a year before handing over the sash. Summers and Gray say living together has been a huge plus.

“It’s a shock when you, I think, moving to New York City, living in a shoebox it is so busy, small spaces. We are so fortunate to have our own rooms, own bathrooms, full kitchen that we can hang out in. A living room that is stunning that we can have those, like I said, pizza and movie nights. Other than that, we’ve a little bit gallivanted around the city a little bit. We’ve done lunch and went to church together, so that has been good,” Summers said.

“It’s funny because I actually feel like this is my home. I expected that when I was coming from The Philippines that I would feel like I was leaving home and kind of staying abroad in a halfway house but I really have settled in here and every time I travel I’m like, ‘I want to go home, to New York,” Gray explained.

The apartment keeps them close to Miss Universe headquarters, where they attend meetings and events. Both women are also often traveling to build awareness for their social action work.

Gray worked with a charity called Young Focus for several years before winning the Miss Universe crown. It provides free education to children in Manila and has seen a spike in donations since Gray took the title.

“So, I actually was able to visit Young Focus when I went to the Philippines for my homecoming and actually received the amazing news that they are set for the financial year this year because of the support they’ve received since December,” said a proud Gray.

For Summers, her reign is coming to an end and she is getting ready to pack up her apartment room and head to Reno, Nevada, where she will hand off the crown to the next Miss USA on May 2.

“So much like when Cat won in December, Demi Leigh (former Miss Universe) had already moved out when she left to go on location for Miss Universe and crown the next one which was Cat. Her apartment room was empty because Cat had to move in next. So, in less than a month, I will be completely moved out and on location for the next Miss USA’s dreams to come true and her life to be flipped upside down and backwards and to move into what is now my bedroom,” explained Summers.

Summers became engaged to her long-time boyfriend while in Thailand for the Miss Universe competition. She says a wedding and a podcast are both in her near future.

The Miss USA competition airs Thursday, May 2 on Fox. /muf