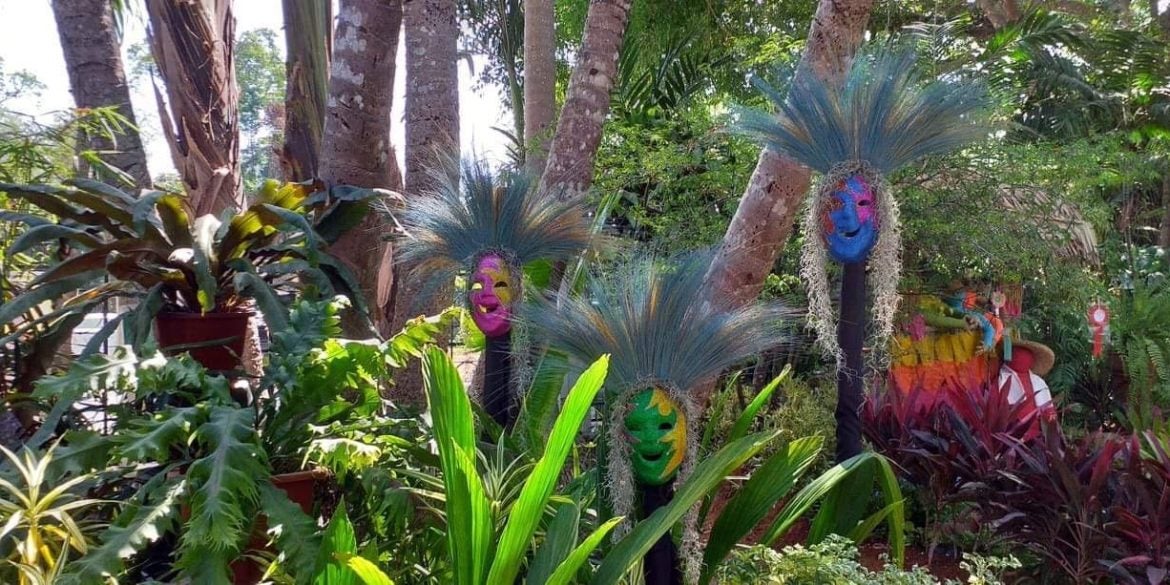 The exhibits, which ran from April 4 to April 14, were inspired by various festivals in the country such as Kadayawan in Davao, Niyog-Niyogan in Lucena City, and Pahiyas in Lucban, Quezon.

While the garden show also served as a competition between the exhibitors, Vernie Valdez-Lucero, President of the Los Baños Horticultural Society Inc., said the show’s primary goal is to raise the awareness of the public on the importance of conservation of plants, especially in light of the challenges brought about by climate change.

“The goal is to raise awareness of people. Before it was only a conglomeration of people, it was really just for fun then eventually it caught up with time, and there was a shift in the mission of the show,” Valdez-Lucero said in an interview with INQUIRER.net, underscoring that the garden show has been held for the past 48 years.

Valdez-Lucero added that the festive theme was a product of the organization’s decision to explore a more socially relevant topic this year.

“We wanted to widen the horizon of the society in terms of taking into consideration themes of national interest,” Valdez-Lucero said, adding that they are eventually planning to explore themes of global concern for the garden show.

“We want to touch on the culture of the Filipino people,” she added.

Among the visitors of the garden show were plant enthusiasts who traveled from Manila and other provinces to Los Banos, Laguna.

Valdez-Lucero said hobbyists, landscape designers, architects, and scientists flock to the garden show since they can also buy plants there that they can add to their collections.

“Los Banos is really a perfect location because it is the center for technology for plant propagation,” Valdez-Lucero said.

The garden show is not exclusive to plant enthusiasts. Students have also started to take an interest in the show.

Miguel Lorenzo Mamon, a student of UPLB, said he has been visiting the garden show for two years.

“It is very relaxing and fascinating as always. They show different plants every year,” Mamon told INQUIRER.net.

“I usually visit for the orchids. But this year, it’s different because they have fruits, vegetables, herbs, as well as aquatic plants,” Mamon added.

Los Baños Horticultural Society, Inc. is set to have another garden show from October 4 to 13 this year. /ee