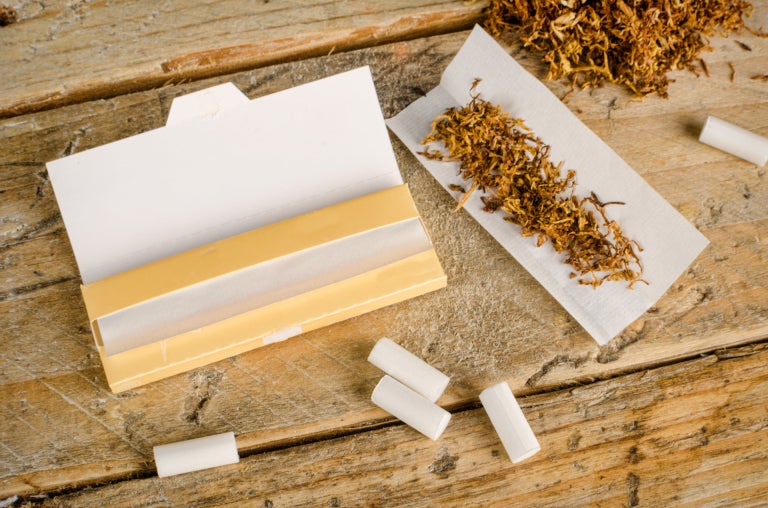 Accesories for rolling and smoking cigarettes on a rustic wooden table

If you are trying to quit smoking, take a sniff of lemon, vanilla or peppermint. These could offer a helping hand when it comes to resisting the urge to smoke. According to new research from the United States, smelling pleasant aromas may help ease tobacco cravings.

The research was carried out by scientists at the University of Pittsburgh, who studied 232 smokers between the ages of 18 and 55, who were not trying to kick the habit. Participants were asked not to smoke for eight hours before the experiments. They were then asked to rank their favorite smells. Chocolate, vanilla, apple, lemon and peppermint were some of the aromas used in the study. Their highest-rated preference was used in the experiments.

As part of the trials, participants were asked to hold a lit cigarette but not smoke it and evaluate the intensity of their urge to smoke on a scale of 1 to 100. After putting out the cigarette, participants then smelled either their most pleasant smell, the scent of tobacco or an empty container, before again rating their urge to smoke, explains Michael Sayette, Ph.D., of the University of Pittsburgh, lead author of the study, published in Journal of Abnormal Psychology.

Sniffing a pleasant smell could, therefore, help reduce the desire to smoke, at least temporarily. “Using pleasant odors to disrupt smoking routines would offer a distinct and novel method for reducing cravings, and our results to this end are promising,” concludes Dr. Sayette.

According to the World Health Organization (WHO), more than four million people die each year from tobacco-related diseases, equating to one death every eight seconds. If the current trend continues, the WHO estimates that annual tobacco-related deaths could reach 10 million by 2030. CE/JB