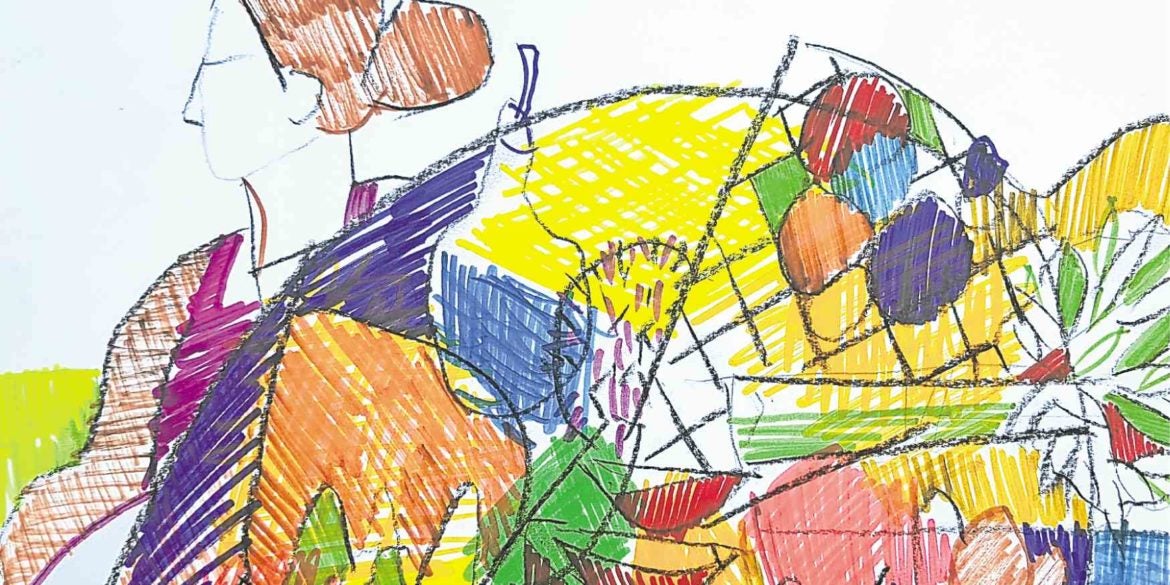 Antonio’s work runs the gamut of abstraction and representation.

Antonio is known for combining modernist techniques such as cubism and action painting in his works which run the gamut of representation and abstraction.

He has been influenced by Picasso and Pollock, and by Vicente Manansala, Galo Ocampo and Victorio Edades, his mentors at the University of Santo Tomas who encouraged him to join contests when he was a student, so that he became a multiawarded artist, especially of the Shell art contest.

Born on Feb. 3, 1939, Antonio hails from Malolos, Bulacan. He met his wife, Norma Belleza, in UST. Their children—Marcel, Emil and Fatima—are also painters.

Antonio’s modernist idiom has been applied to the folk genre. He has earned acclaim for his paintings of cock fighters, vendors, ice cream peddlers and balloon sellers.

In 1968, the late critic Jolico Cuadra wrote of Antonio’s art: “He explodes them, rendering them in brisk, impatient strokes that shatter their natural boundaries. They are no longer simply decorative, now fiercely emotional symbols. The harshness of brush strokes and colors are expressionist explosions of form.”

In 1977, National Artist Arturo Luz saw Antonio’s work and invited him to exhibit his paintings of native folk done in black-and-white at the prestigious Luz Gallery. Art critics noted that the monochromatic works showed Antonio’s expertise.

Lito Antonio belongs to the second wave of Filipino modernists from UST, the cradle of modern art in the Philippines.

Aside from Norma Belleza, who also belongs to the second generation of modernists, among his contemporaries are Antonio Austria and Mario Parial.

Antonio’s exhibit will be some sort of an Easter thanksgiving, as the artist is coming from what he called a “medical procedure.”

At his Antipolo home, his “work station” looked busy as ever. His studio was filled with what he called his “works in progress.”

The artworks as expected melded the abstract and the representational and bore his usual lively colors of red, orange, and yellow.

The colors were freely flowing as he emphasized that “now I paint like a child confident and happy in what I am doing. After all, this is my second life, and I want to give back, and use my God-given talent in drawing and painting.”

Some of his new works were representative of his fondness for black and white. There were also monochromatic paintings done in pastel art pens.

“I was amazed that people liked my new works and these served as an inspiration for me to continue with my craft, my art, my life,” he said.

“I want my exhibition to be titled ‘Backflow,’ which means flowing back or returning especially toward a source,” he explained. “I want to give back, through my artistic creations, for people to appreciate the joy of life.” —CONTRIBUTED