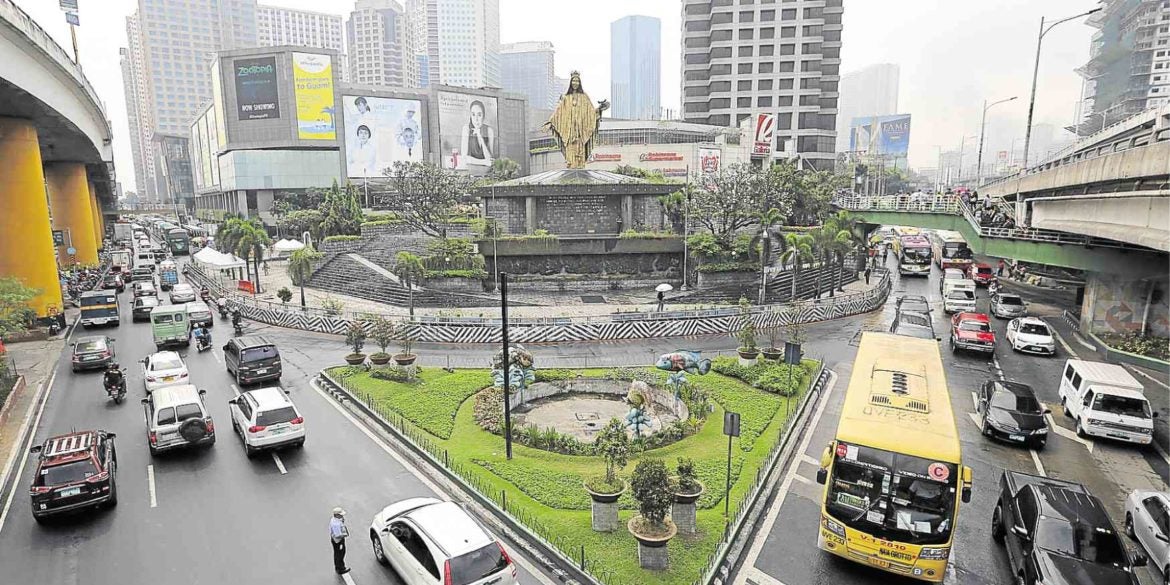 Edsa Shrine, in the intersection of Edsa and Ortigas Avenues, was built by Cardinal Jaime Sin to commemorate the 1986 Edsa People Power Revolt. —FILE PHOTO

Following the naming of architect Francisco Mañosa as National Artist, the National Commission for Culture and the Arts (NCCA) has declared the Edsa Shrine at the corner of Edsa and Ortigas Avenue in Quezon City as an Important Cultural Property (ICP) based on the 2009 National Cultural Heritage Act.

NCCA noted that the structure erected to commemorate the 1986 People Power Revolution was “uniquely designed in terms of function and form which can be easily be distinguished as National Artist Mañosa’s work.”

“It represents a modern take on Filipino architecture and adaptation of tropical architecture,” it added about the church that was inaugurated in 1989.

The commission described Mañosa as “one of the most influential architects of the twentieth century for pioneering Filipino architecture.”

As an ICP, Edsa Shrine will get government technical and financial assistance for its conservation.
Liturgical art showcase
Aside from being a religious structure, the church dedicated to Our Lady of Peace boasts a number of artworks by top artists.

The church’s main showcase is the large bronze sculpture of Mary projecting from the roof by artist Virginia Ty.

Inside the edifice are stained-glass ceiling by Eduardo Castrillo and the Risen Christ sculpture by Ramon Orlina atop the marble altar designed by National Artist Napoleon Abueva.

There is also is a mural by Angono artists led by Nemiranda showing the events of the historic 1986 revolution which toppled President Ferdinand Marcos.

At the perpetual adoration chapel is a sculpture of a monstrance by Castrillo while inside the San Lorenzo Ruiz de Manila chapel is a mural on the life of the first Philippine saint by Ben Alano.

Accenting the holy water fonts are the “Doves of Peace” artworks by Manny Casal.

Outside the church, particularly at the promenade area, are bronze stations of the cross by Abueva and the “Flame of Freedom” sculpture depicting three men holding aloft the flame cauldron, also by Casal.

The Dutch-made church’s carillon bells are also of note since these were made from World War II bullets and canons.
Architecture historian Gerard Lico in his book, “Arkitekturang Filipino,” writes that Edsa Shrine is one of Mañosa’s noted works, embodying his “neovernacular” style characterized by “native architectural forms and indigenous materials.”

“His devotion to Philippine vernacular design has made him a most sought-after architect by the Philippine state to design its pavilions in international expositions and fairs.” —CONTRIBUTED