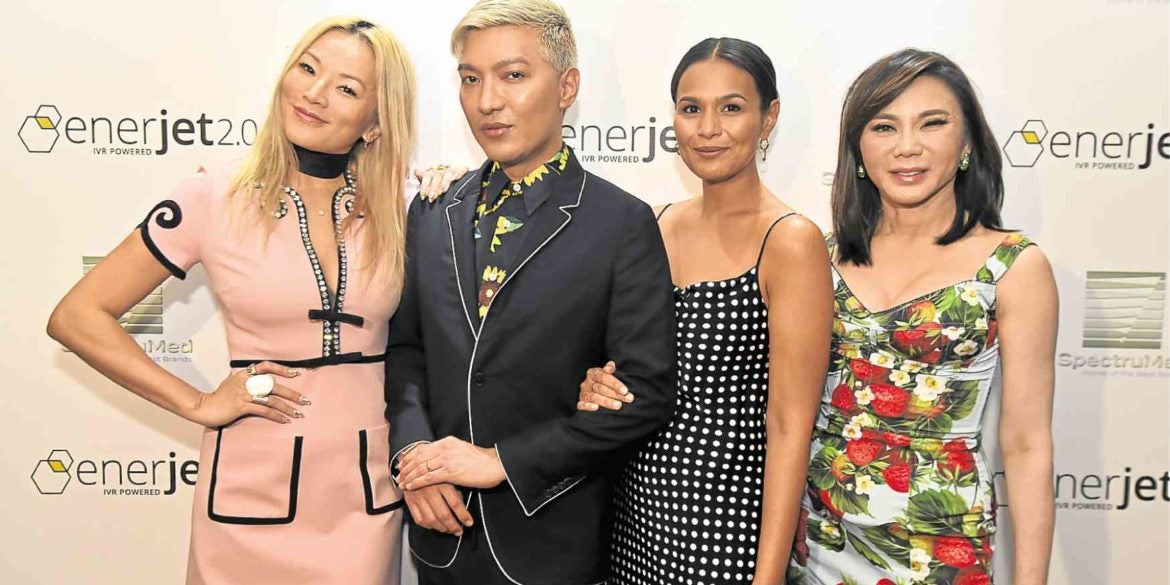 This latest firming facelift is noninvasive and painless

It’s a facelift minus the scalpel, stimulating the effects of a surgical facelift without actually putting the patient under the knife. In this age of noninvasive procedures, anything involving the lancet is often perceived as barbaric.

Now comes the Belo Kinetic Facelift, first made popular by fashion blogger and mega influencer Bryanboy. He voluntarily became the clinic’s guinea pig when the Belo Medical Group introduced kinetic facelift in the Philippines in February.

The Belo Kinetic Facelift is an antiaging treatment that uses a technology called Enerjet. It works by inserting a unique firming and rejuvenating solution containing hyaluronic acid into the skin.

“Enerjet is not brand new. I have been using it for 10 years already. This version is the third, much more advanced generation,” said professor Daniel Cassuto, medical director, plastic surgeon and professor of plastic, reconstructive and aesthetic surgery.

He was in the country upon the invitation of Dr. Vicki Belo. He was the guest of honor at the intimate dinner that the celebrity doctor hosted to formally launch the Belo Kinetic Facelift.

Cassuto runs a private practice in Milan, Italy, and also serves at the Plastic Surgery Department of the University Hospital of Modena.

Enerjet is the secret weapon behind the Belo Kinetic Facelift. The technology is based on pressure, Cassuto said. Fluids, such as hyaluronic acid, are injected into the tissues with controlled pressure.

“The pressure allows a concentration of the fluid in a very tiny spot, so that it can go into the tissues without the needle,” Cassuto said. “Because of this, the injection is almost painless. Definitely tolerable without anesthesia, even in the case of little children.”

He said hyaluronic acid is essential in providing three things: immediate hydration, immediate thickening of the skin, and providing a very long-term regeneration of tissues.

“The regeneration goes beyond the nanoscopic trauma that this technology causes to fibers. It is much smaller than microscopic, so there is a fine, tiny trauma to the collagen fibers of the tissues, but it’s so small, it is invisible,” Cassuto said. “That’s why there is no inflammation and pain, and recovery is swift.”

Most people get away with one to three treatments per year, he said. Severe cases, such as bad scars or deep acne scars or extreme sagging tissues in the face, will require more treatments and longer time to see results.

“Stretch marks almost disappear. The result is much better than anything else I have— and I do have all, from lasers to radio frequencies, from invasive to noninvasive. This is the only one that can deliver an almost perfect result,” Cassuto said.

Patients, Cassuto said, must understand that some biological processes are somewhat slow in moving forward. For example, a light stretch mark that’s 10 or 20 years old will not disappear in one day.

“You have to wait for two to three years. In the end, they do disappear, but you have to give the body the time it needs to fix and repair itself,” he said.