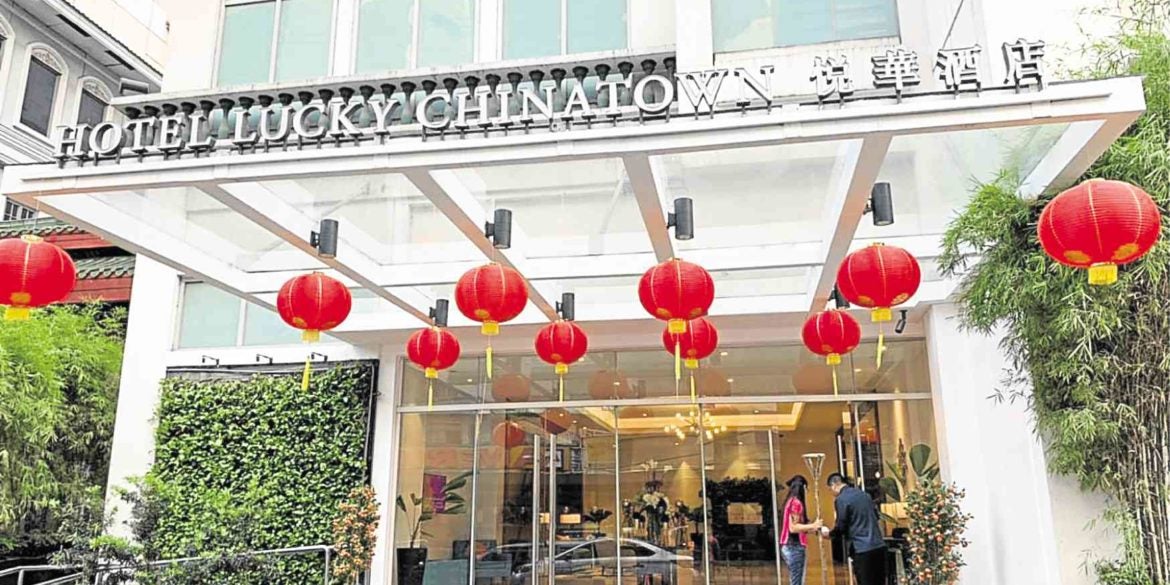 Hotel Lucky Chinatown opens in the heart of Binondo

Binondo, the Manila district known as a commerce and trade hub since Spanish times, was the go-to place for anything under the sun.

Once the main residential and business community of ethnic Chinese who left mainland China to live a new life and seek their fortune, Binondo—along with Divisoria—offered a wide selection of office supplies and equipment, as well as home items and furnishings.

We personally remember days accompanying our parents to Binondo to buy supplies for the family’s petroleum business.

Most of the Chinese restaurants were on Ongpin Street, while the hardware stores and other shops that sold pipes, motors, and compressors were on T. Alonzo, Gandara and Reina Regente.

It’s been a long time since our last visit, until the recent opening of a new hotel brought us back to what is, incidentally, the world’s oldest Chinatown.

Hotel Lucky Chinatown, a Megaworld property, is the real estate giant’s eighth hotel in the country.

It is linked through a footbridge to Lucky Chinatown Mall, also owned by Megaworld. The hotel has 93 rooms and suites, with a fitness center, Jacuzzi, spa, bar, among other amenities.

Its exterior and interior aesthetics are sprinkled with warm hues—brown, red, with yellow accents. It has its own all-day dining restaurant, Café de Chinatown.

Hotel Lucky Chinatown is managed and operated by the Raintree Group of Companies, which also runs Museum Café, Terraz and Chelsea Kitchen.

The hotel’s grand opening was a snazzy affair.

In a video message, Megaworld chair and president Andrew Tan said: “Chinatown has a special place in our hearts.”

He explained that putting up a hotel in Binondo was his way of giving back to the Chinese community, and to further enrich the place that has given him much success as a businessman.

For his part, Go said: “We take great pride in continuing to bring more excitement here in the ‘world’s oldest Chinatown’ with the opening of Hotel Lucky Chinatown. With the hotel directly connected to Manila Chinatown’s biggest mall, guests can savor the distinct, dynamic vibe of Chinatown culture as they enjoy the sights and sounds of this bustling hub.”

He added: “Our idea is to blend modernity with Binondo’s heritage. While Hotel Lucky Chinatown features a modern contemporary design, the moment our guests step out of the hotel, they will feel the culture that is truly Chinatown. We want to provide that distinction, so the experience is richer.”

The hotel is an ideal place for tourists to stay to explore Old Manila.

Hotel Lucky Chinatown is strategically located near Manila’s historic and cultural sites including Intramuros and the National Museum. It is around 40 minutes from the Ninoy Aquino International Airport, Resorts World Manila, and the Makati Central Business District, and 30 minutes from the bustling Entertainment City and Manila Bay area.