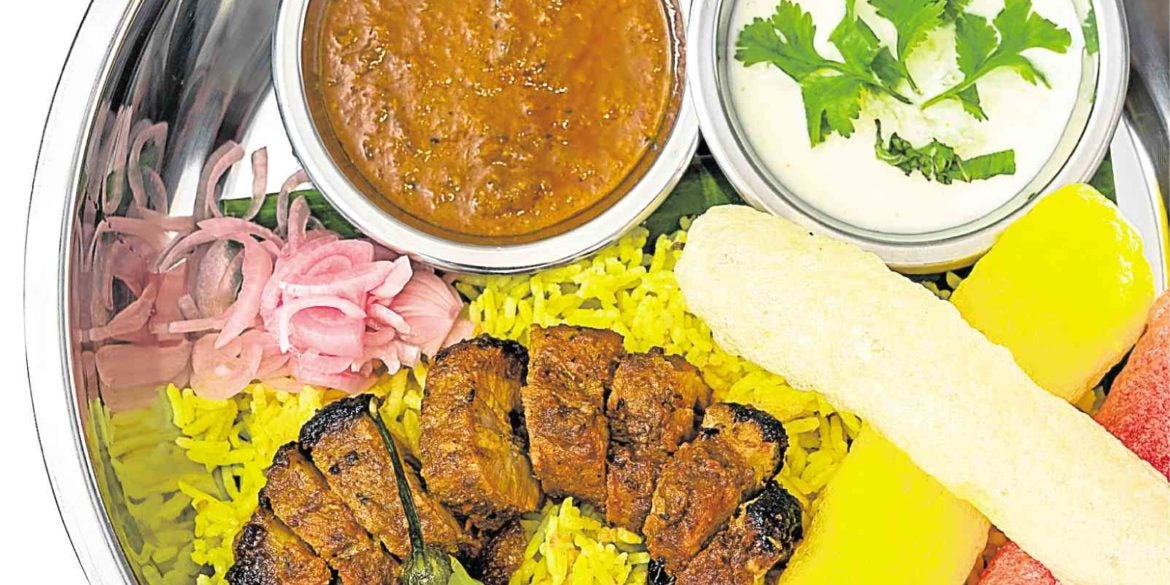 A fine dining chef and a streetside eatery: Teasing Filipino palates with Indian flavors, minus the heat

There is no such thing as a big Indian influence on Philippine cuisine as compared to Spanish,” says Radhey Shayam, The Peninsula Manila’s new Indian specialty chef. And he makes a good point. Samosas and tikka masalas are not as widely accessible and appreciated in Manila as paella and tapas.

But that may soon change, with Shayam at The Pen, and with the opening of another Indian place in Kapitolyo, Pasig, called Ricksha Streetside Tandoor.

Shayam, 36, holds an impressive resumé. Before joining the hotel, he served his curry specialties at the exclusive Red Club 96 Nanchizi in Beijing’s Old Quarter, then at Jing Restaurant at The Peninsula Beijing.

At Spices at The Manila Pen, the New Delhi native brings his authentic Indian dishes.

He introduces two kinds of naan—the butter naan, a leavened, blistered tandoor-baked flatbread, and the lasuni naan, which is flavored with roasted garlic and herbs, then slathered with ghee or clarified butter.

Both pair well with the Tomato Shorba, which Shayam describes as a healthy Indian version of roasted, vine-ripened tomato soup.

With a palate fine-tuned by home cooking and professional experience, Shayam shows his flair for balancing flavors through dishes like salmon fillet tikka masala and chili paneer, where the spice is not too strong to kill the taste buds, nor too faint to doubt its presence.

An advocate of the Pandit Brahmin diet which forbids meat, the chef has also mastered cooking vegetables, with a worthy fare in the form of mali kofta (potato and paneer balls with a tomato-based gravy), palak paneer (spinach and cottage cheese in cashew nut sauce), and vegetable biryani (mixed vegetables in yellow curry, served with saffron basmati).

Though Spices offers a well-rounded Asian menu, the Indian dishes are proving to be an easy lure for diners, thanks to Shayam.

Ever since Cyril and Pierre Addison moved to Manila, they have been wanting to run their own restaurant. But they thought they knew nothing about the local dining market, so they decided to work in the hospitality industry to gain experience (Cyril with the Raintree Group, then both of them at Gallery by Chele).

Five years later, with a good grasp of the food scene and a solid restaurant concept, they opened Ricksha, a humble eatery that sits on the busiest street in Kapitolyo, Pasig.

They don’t claim to be authentic Indian cuisine. Just food that one’s mother makes every day, the kind one can eat anytime, would be a more appropriate description, Cyril says.

This notion is represented by their summer sundal, composed of chilled chickpeas tossed with grated coconut, green mangoes and cilantro; and the kofta curry, meatballs in a pool of rich sauce that can be enjoyed with warm rice or naan.

They also have comfort food with an Indian touch, like the curry fries and tandoori hot wings.

To ease diners into the cuisine, the dishes have pairings (for instance, all curries come with parathas) and are served with an array of sauces (the bhaji fritters come with mint-coriander and tamarind-date sauces).

Everything is made from scratch—from the breads and desserts, to the curries and samosa wraps—in an effort to capture the “real” flavors of India.

“It may cost more, but the taste is undeniable,” Cyril says. —CONTRIBUTED