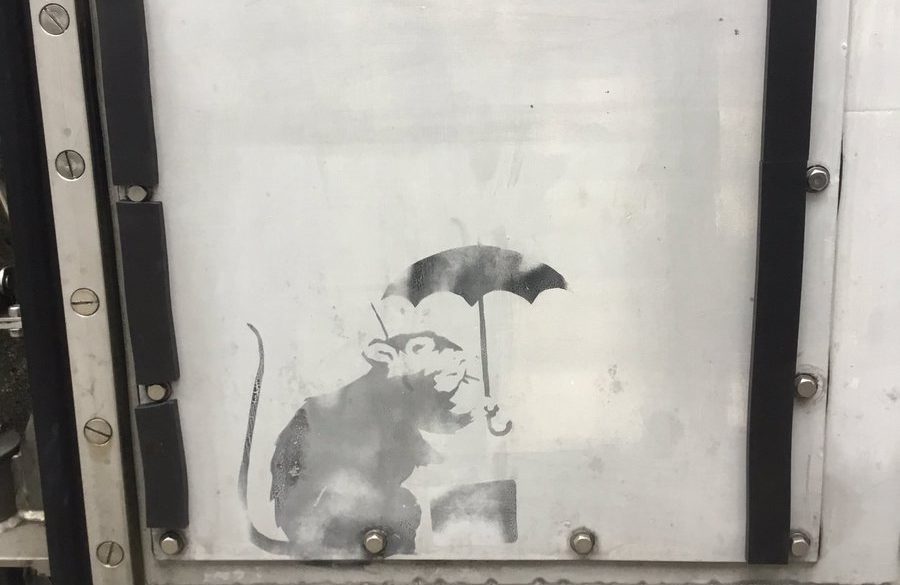 Tokyo on Thursday displayed a drawing thought to be the work of Banksy, as the city’s mayor urged the famous and mysterious street artist to get in touch.

Curious Tokyoites, tourists and art lovers flocked to see the work depicting a rat holding an umbrella that was spotted on a panel near a monorail station in central Tokyo.

As ever, doubts rage over whether it is a genuine work by the secretive artist and Governor Yuriko Koike said: “If there are any problems, I’d very much like Mr Banksy to contact the Tokyo metropolitan government.”

It is unclear exactly when the drawing — which Koike described as a “cute rat” — was painted but the city’s public safety bureau has known about the graffiti for a long time, seemingly oblivious to its potential.

A rat holding an umbrella is one of Banksy’s most famous artworks and there are photos on social media dating back several years that appear to show the same drawing.

It was only in December the city government realised it might be a “Banksy” after local residents contacted them.

The drawing, behind a protective glass cover, now stands in a corner of the sprawling metropolitan government building.

Viewers voiced hopes that it was genuine.

“Because he is a much-talked-about artist, I came here really hoping it’s real,” said Akihiro Ishikawa, 71.

Knut Holth-Larsen, a 70-year-old from Oslo, said he and his wife just happened to spot the display while sightseeing.

He said it was “very interesting” to see the work. “It was an extra plus for the day.”

“What is good is no-one knows who he is. I like his being mysterious,” said Riyuko Sato, a woman in her 50s. Her husband Toshio said the artist was unlikely to contact the government.

Tokyo has been consulting experts but the work’s authenticity has not been confirmed yet.

The city says graffiti in public areas is “not acceptable” but decided to unveil it given the high level of public interest.

Just before the door was taken away in January for storage to protect it from damage, Koike took a photo of the drawing and tweeted: “There’s a painting of a cute rat in Tokyo which could be Banksy’s work! A gift to Tokyo?”

Banksy, whose identity is known to only a handful of friends, caused a sensation in October when one of his paintings began shredding itself, just after selling for $1.4 million (1.2 million euros).