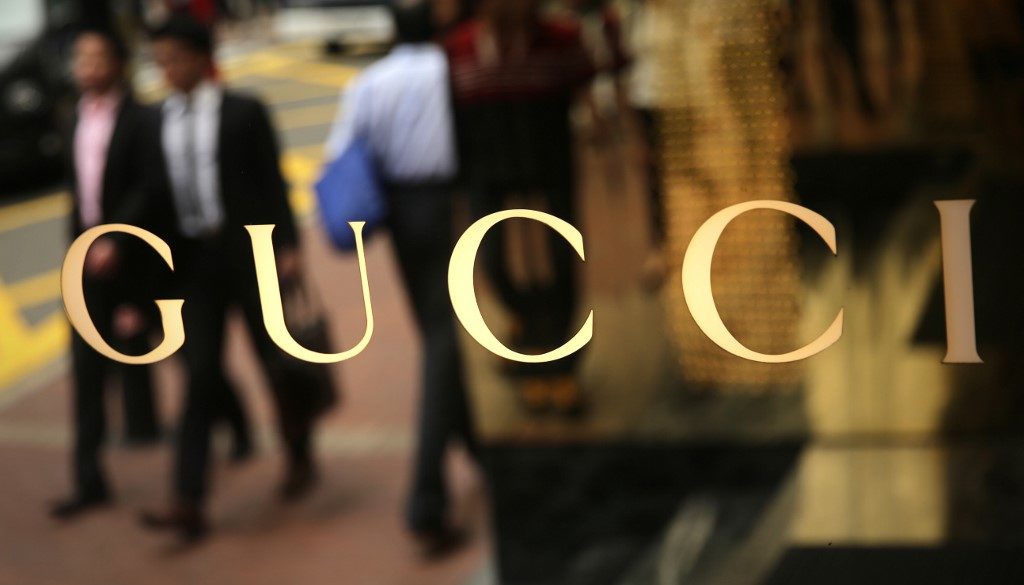 Pedestrians are reflected in a Gucci fashion store sign in the Causeway Bay district of Hong Kong on April 7, 2016. (Photo by ISAAC LAWRENCE / AFP)

The owner of Italian fashion giant Gucci is set to pay a record fine of nearly 1.5 billion euros ($1.7 billion) in a tax evasion case, according to media reports Friday.

“Lawyers are still negotiating with the tax authorities over a few hundred million euros, but the fine that the (French luxury) Kering group is about to pay is the highest (in Italy),” the La Stampa newspaper said.

It follows a probe by Milan’s public prosecutor into the fashion house on suspicion of declaring several years worth of Italian sales in Switzerland, thereby saving around 1.3 billion euros in domestic tax.

Kering is expected to sign an agreement on the amount due on May 2, according to the financial newspaper Il Sole 24 Ore.

“At this stage, no agreement has been reached on any specific amount,” the French group told AFP.