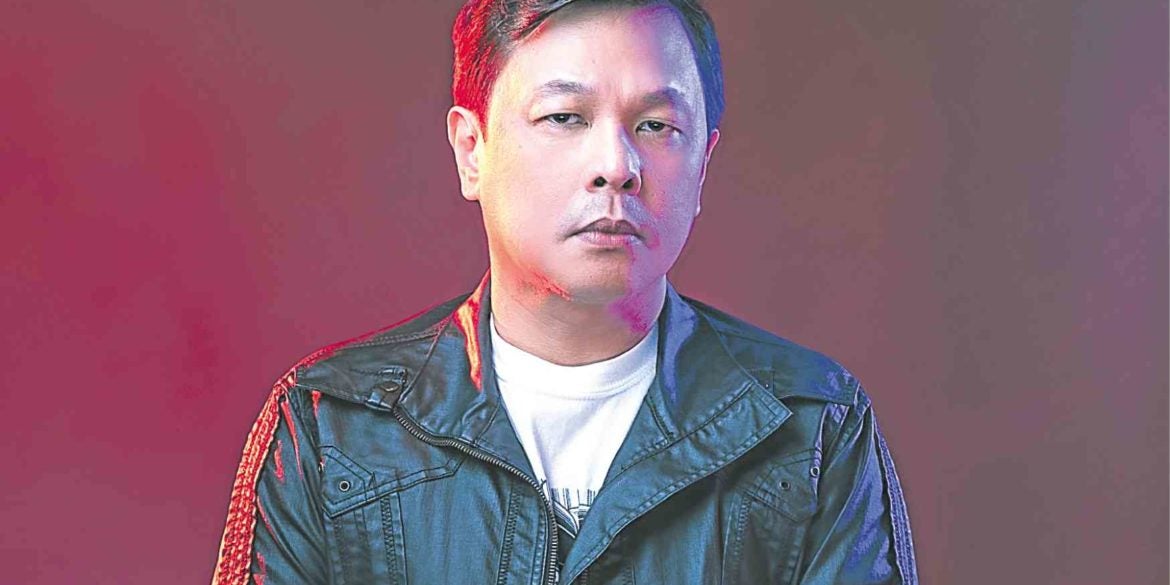 After the success of the retro concert “The 90s Live” featuring frontliners of the hottest rock bands of that decade, Solaire Resort and Casino now takes audiences “Into the 80s,” a world where everything, including the music, was bigger, bolder, more colorful and lots of fun.

Solaire puts together six of the Philippines’ ’80s music icons—Gino Padilla, Jett Pangan, Raymond Lauchengco, Lou Bonnevie and Jam Morales—whose music and performance styles were as varied as the music of that time. Between them, there was a crush ng bayan, a kolehiyala killer, a pop princess, a rock diva and a rock star.

Two of them, however, share more than just a love of music. Lauchengco and Pangan also love the theater because, at one time or another, they were actors.

Lauchengco had a head start, doing his first role at the age of 12 in Repertory Philippines’ “The King and I.” He went on to play numerous roles also for Rep, going from ensemble to featured parts.

Lead roles came after he went mainstream. Films like “Saan Darating Ang Umaga,” “Bagets,” and a hit music single, “I Need You Back,” widened his commercial appeal.

Lauchengco’s last play was “Rama at Sita” in 1999. He remains in demand as a singer here and abroad.

He has also been directing for television, concerts, short films, and corporate events.

Pangan’s journey is the reverse of Lauchengco’s. He was a rock star first, living and breathing the world of concerts and gigs with The Dawn. Screaming crowds, sleepless nights, bars and TV shows were part of his world. That was until Soxy Topacio introduced him to the theater, through the rock opera “Jesus Christ Superstar.”

Pangan plunged into this new landscape, largely because, though it was still rock, it afforded him the thrill of a new adventure. That one musical was all it took and he was hooked. He has returned to the theater again and again, between shows with The Dawn.

While he skipped the usual chorus-to-lead route, Pangan doesn’t hesitate to take on “smaller” roles. His next big theater adventure is the title role in Atlantis Theatricals’ production of “Sweeney Todd: The Demon Barber of Fleet Street.”

Lauchengco and Pangan’s careers may have taken opposite trajectories, but the way they look at life on stage is not that different.

Lauchengco said that theater “jolted him into discovering the gifts he had been blessed with, but was too shy to use.” He blundered upon the theater when his sister, Menchu, signed him up for an audition as a prank. When his name was called, he froze!

“Then Zenaida Amador started to scream,” Lauchengco recounted. “I realized then and there that I was more afraid of getting screamed at than making a fool of myself, so I went up on stage and sang. I was terrified, but I sang.”

He added: “In an even bigger way, that’s what the mainstream did for me. It jolted me out of my shell and forced me to connect with people through what I was doing, whether it was a song, or a role I was playing.”

Pangan also finds “the energy of a live concert something else—the connection is so real.” However, this acknowledged thrill-seeker also finds a different connection and a different high in theater. “Every performance is like walking a tightrope. It’s such a rush to stay on top of yourself and make sure you don’t miss a line or damage a set piece.”

Asked what lessons he has learned from theater, Pangan said: “Music and theater require the same things: professionalism, passion and commitment, only more so in theater because, with all the budgetary constraints, there really is no time to waste in getting it done right.”

From theater, Lauchengco learned the value of “being prepared and trusting the process of preparation. From the mainstream, it’s realizing that nothing can prepare you for what can happen.”

“Ultimately, it’s about people,” Pangan said. “It’s not about how well you can sing, it’s about the people for whom you sing, and how you can connect with them through music in a way that is honest, caring and real. It is these people who still know our songs and still sing along even after 32 years.” —CONTRIBUTED

“Into the 80s” is on May 18, 8 p.m., at The Theatre at Solaire. Directed by Toto Gentica, with script by Henry Tejero and choreography by Butch Esperanza. Ticketworld tel. 8919999