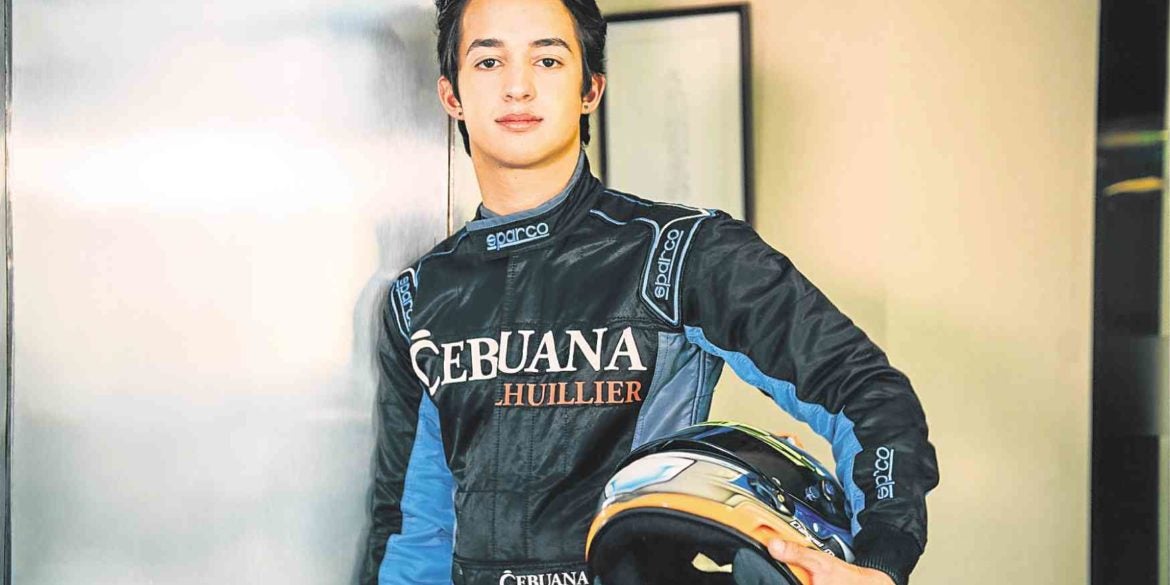 Daniel Lhuillier Miranda traces his passion for kart racing to his family. The 21-year-old Cebuano recalls the day his father—who owns a go-kart—took him to a racetrack and let him drive the kart.

That was five years ago. He has never stopped since, becoming a competitive kart racer. He finished third in the 2018 Asian Formula Renault (AFR) Series at the Zhengzu International Circuit in China.

“It’s my first year to join AFR,” he says, adding that he’ll be in two more races this year—one in in Malaysia on Aug. 25 and 26, the other also in Zhengzu.

He hopes to get into the 2019 Formula Renault Eurocup, or join a new series.

Kart racing is an extreme sport. The racer must avoid a crash while driving the go-kart at full speed. During off season, Miranda says he goes to the gym to keep fit.

“It’s physically demanding to drive under the heat of the sun for 30 minutes, which is about 12-15 laps,” he says. “I also need to stay mentally fit and focused.”

The adrenaline rush of speeding on the racetrack and finishing among the top placers is a great feeling, but Miranda says he also needs to be serious with academics: “I need to do well in school.”

In the meantime, he’s setting his sights on the Formula Renault, and, in the long run, move high enough to join the Formula One (F1): “There’s never been a Filipino F1 driver, and I think that’s a racer’s dream.

Asked what he can advise his fellow youth who want to give go-kart racing a try, he says: “There’s no age, there’s no limit for you to get into racing. All you need is a car of your own and to go to the racetrack. Always find your dream, always fight for your passion, always have a goal to fight for. Never give up on what you do. Keep on pushing. Nothing comes easy.”

He adds that he’s thankful that his family is supportive of his sport. —CONTRIBUTED