‘Game of Thrones’: Whose winter will come in Episode 3? | Inquirer Lifestyle 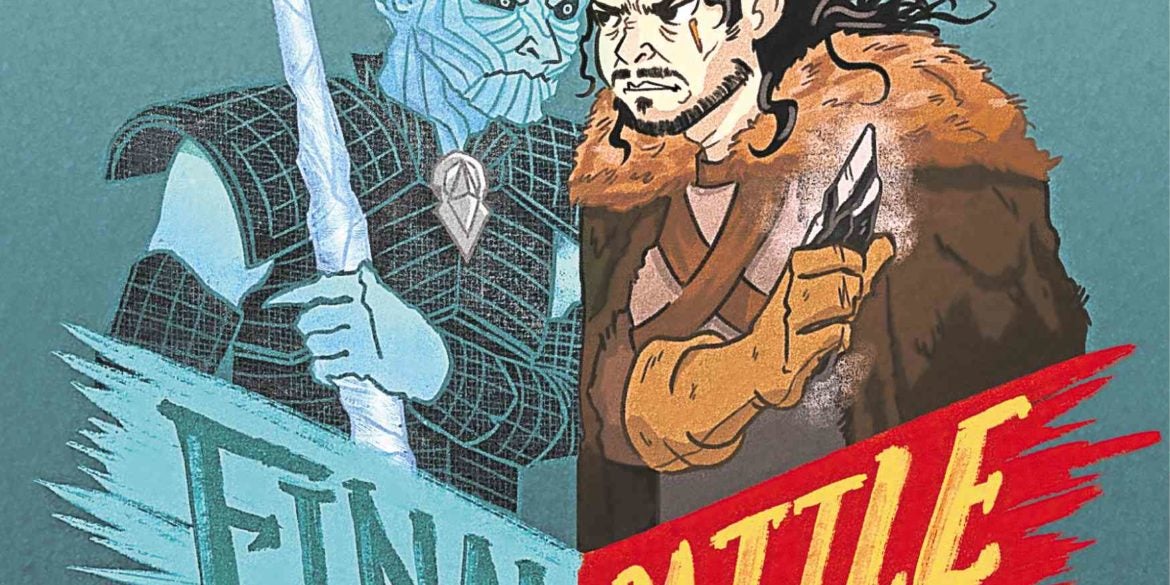 ‘Game of Thrones’: Whose winter will come in Episode 3?

Eight years, 15 battles and 207 major character deaths later, HBO’s “Game of Thrones” (“GoT”) is down to its last four episodes. The third installment in Season 8 is what many fans expect to be the pivotal “Battle of Winterfell,” in which our beloved protagonists and their armies are set to take on the nefarious White Walkers, the Army of the Dead, and the undead dragon Viserion.

Since its debut in 2011, “GoT” has enslaved a generation of fans with its riveting characters, tummy-turning betrayals and gruesome deaths.

As the living protagonists prepare for a siege from the Undead at Winterfell, “GoT” fans have probably never been more attached to a collective of characters—and never before have we had so much to lose than in the coming episode.

Let’s consider which heroes are most likely to lose in next week’s battle, why their time has come, and how it could all play out.

With his loyal sun-priest sidekick Thoros of Myr having been ripped apart by a zombie polar bear last season, the odds are not looking good for Ser Beric, as he is down to his last life.

He was the first character to eagerly point out to Jon Snow that killing the Night King could be the key to defeating the Army of the Dead, and we’re hoping we get to see The Lightning Lord and his flaming sword make a final heroic stand against the leader of the White Walkers.

Last episode’s most heartwarming moment, when Jaime Lannister anointed Brienne as the first female Knight of the Seven Kingdoms, was basically the show fully completing Brienne’s character arc and giving her a beautiful farewell.

We want something better for Brienne, as she’s spent the entire series being a loyal servant to honor and oaths, but perhaps a heroic death defending her friends is the best we can hope for at this point.

One of Jon Snow’s best friends for the better part of eight seasons, Edd has come a long way—but we can’t really see him contributing anything more to the plot beyond the loyalty he has shown to Jon and the Night’s Watch. It seems that his watch will end sooner rather than later.

The brave commander of the Dragon Queen’s Unsullied Army, Grey Worm has featured prominently in teaser trailers leading up to the final season—all of them highlighting his lingering kiss with Missandei and his position at the frontlines of the defense. But this battle seems like it’s set up to be his last, finest hour.

The internet-famous Sir Friendzone, loyal adviser to the Mother of Dragons, has defeated his inner demons.

He is back in the country that once banished him, he has been forgiven by his Queen for betrayal, he has made peace with the Mormont family that disowned him and he has been healed of Greyscale.

Last episode’s surprise singer, Podrick—as a character embodying goodness and kindness in a show that seems to reward bloodlust and violence—has always been encouraging. Teasers for the next episode feature him standing bravely beside Brienne at the frontlines, so his “all right” swordsmanship may not be enough.

Perhaps no single character has undergone as much dynamic development as Theon Greyjoy. We cheered him on as he pledged allegiance to Robb Stark, hated his guts when he betrayed the Starks, felt sorry for him as Ramsay mutilated him, forgave him when he rescued Sansa, and hated him again when he abandoned Yara.

But now he’s back, saying that he wants to go down and salvage whatever dignity he has left by fighting for the Starks one last time. Stationed to protect Bran from the Night King, we are almost sure that Theon’s final hour has come.

These are the characters who may still serve a purpose beyond the battle, but whose deaths in the next episode won’t surprise us.

After knighting his good friend Brienne of Tarth in the last episode, Ser Jaime Lannister has completed his arc from debonair incestuous supervillain in Season 1 to fully humbled and redeemed, fighting for his family’s enemies in Season 8.

Standing in the frontlines alongside Brienne and Podrick, Jaime and his one hand may not be enough to withstand the coming onslaught of the dead. He is, by his own admission, “not the fighter I once was.”

Bran Stark is another character whose purpose may expire, serving now as a glorified bait for the Night King. The last episode has described the Three-Eyed Raven and the Night King as ancient enemies, and the key to defeating one may lie in the demise of the other.

On the battlefront are Ser Davos Seaworth and Tormund Giantsbane. “GoT” has a soft spot for these kinds of characters, individuals who have had to endure much and switch loyalties just to survive—Sansa Stark and Bronn are testaments to this archetype.

Maybe we’ll see these characters survive to placate their adoring fans, but given their development over eight seasons, they don’t have much left to give.

What we should be worrying about are the characters taking refuge in the crypts. The previous episode hinted that the crypts were “the safest place to be” in the battle—which is “GoT” code for “they’re all doomed.”

Watch out for Lord Varys, Missandei, and Gilly and Baby Sam—all of whom have featured prominently in teasers staring ominously at something down in the crypts.

What is dead may never die

These characters still have a lot of life and fight left in them, don’t think about counting them out just yet.

Having just found out he is the true heir to the Iron Throne, Aegon “Jon Snow” Targaryen is about to lead the forces of the living against the reanimated dead. I can’t imagine why anybody would want to support anyone other than the badass, noble King in the North.

With her claim seconded by Jon’s revelations, Daenerys Targaryen has shown that she may be willing to contest Jon for claim to the Iron Throne—something she’s dreamt about since childhood.

Even Tyrion Lannister still has a lot of plot left in him—after having it stalled for the past two seasons.

The Stark girls are mostly bound to survive—Arya because she still hasn’t completed her list (Cersei Lannister still lives at large down south), and because Sansa, after being engaged to Joffrey and married to Ramsay, is capable of surviving anything.

Other minor characters we may not have to worry about are Gendry (it’s hard to believe the showrunners would bring him back after four seasons for the sole purpose of sleeping with Arya), The Hound (because he still has to duel with his brother, The Mountain, in King’s Landing), and Samwell Tarly (many speculate we’ll see Samwell writing all these events in a chronicle as the ending to the series).

All men must serve, all men must die—but whose winter will come next Monday? We’ll find out on April 29 at 9 a.m. on HBO. —CONTRIBUTED