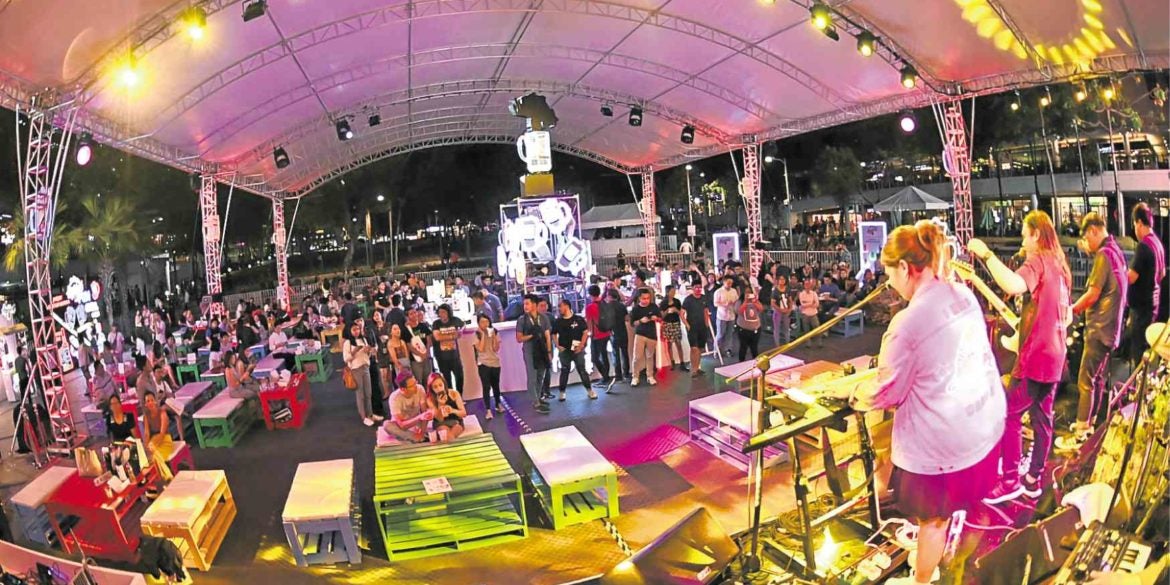 You’ve seen it on the bar list, but what is a highball?

It’s a cocktail, “an iced drink containing liquor (such as whiskey) and water or a carbonated beverage (such as ginger ale) and served in a tall glass.” Done right, it’s a refreshing drink with just the right buzz.

Until tonight, April 28, Jim Beam pop-up bar is serving “Japanese-style” highball made via draft machines at the central amphitheater in Bonifacio High Street, Taguig (P120 each, buy three, get one free).

Jim Beam highballs are served in a special glass and come in several variants. The classic highball is a zingy, bubbly summer drink following the 1:4 bourbon-soda ratio (recipe below).

The Calamansi Highball is citrusy and has chewy nata de coco—very Filipino.

A Japanese favorite, the Yuzu Lychee Highball has lime-like yuzu and lychee flavors (order this if your go-to drink is margarita). Other fruity highballs: zesty Pink Grapefruit, sweet Peach and cool Watermelon.

“All bourbon is whiskey, but not all whiskey is bourbon,” declares the Jim Beam website.

Bourbon is a sweet whiskey made mainly of fermented corn, rye and malted barley distilled in the United States. By law, the liquor must be aged in new charred oak barrels to be classified as “bourbon.”

The original Jim Beam is characterized by mellow hints of caramel and vanilla, and spicy oak aroma. It is the base for all the tropical highballs, which pairs well with food, says Rayern Goh, Beam Suntory senior brand manager.

Enjoy your booze in BGC while listening to bands until midnight. Try to make lemon highball at home, too.