'Black Summer' is here to eat you | Inquirer Lifestyle 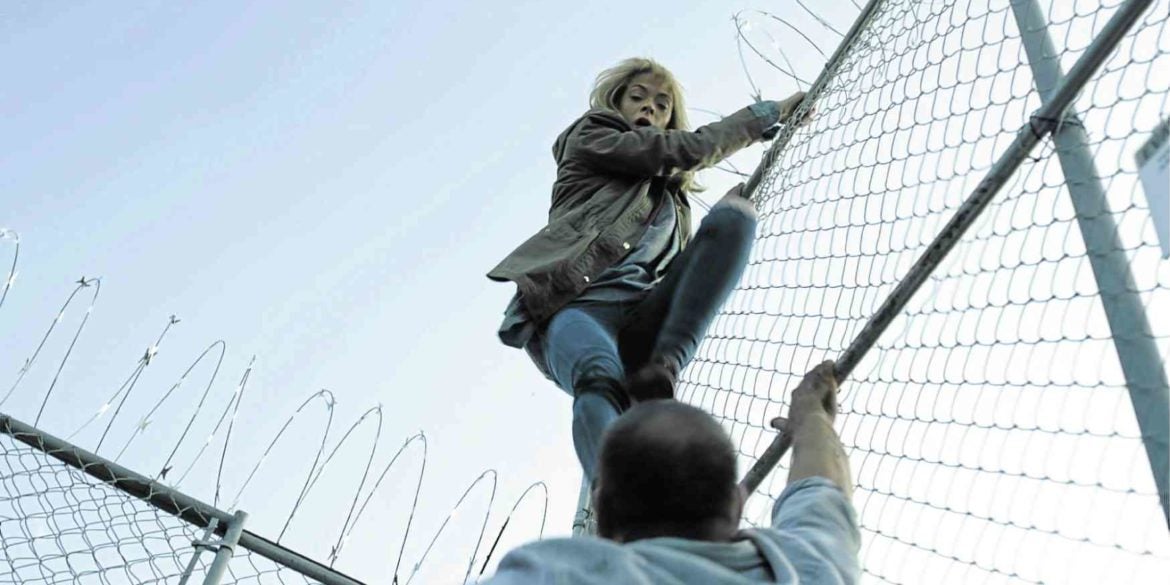 Each character gets their own chunk of action

‘Black Summer’ is here to eat you

It’s easy to conclude that Netflix absolutely LOVES the apocalypse, post- or otherwise. In just the last two years they’ve put out “How It Ends,” “Extinction,” “Bird Box,” “The Silence,” “The Rain,” “The Mist,” “The Moisture” (okay I made that one up), “Cargo,” “Annihilation,” “Io,” “Ravenous”… does your story feature the collapse of civilization? Then good news, friend: Netflix is interested in your pitch. Their latest entry in their favorite genre is the zombie horror series “Black Summer.”

It’s to “Black Summer’s” credit that I didn’t realize it was a spinoff from the canceled Syfy series “Z Nation” until about three episodes in; this might’ve put off people unfamiliar with the original show. While “Z Nation” took place very much in the post-zombie apocalypse, “Black Summer” unfolds in the early weeks of the outbreak, when some semblance of familiar institutions (mainly the army) still exist. It features a diverse cast of characters, including a deaf Arab and a Korean woman who knows little English. There are a couple more familiar archetypes: criminals given a second chance, white ladies, and other people meant to be eaten. The acting is inconsistent with such a varied lot, and sometimes the characters do stupid things seemingly for no other reason than it is required for something bad to happen.

It’s a brave thing to attempt a zombie show in 2019. Sure, you may be floated by a popular genre, but you’re also in crowded waters. Besides the aforementioned, just-canceled “Z Nation,” Netflix itself has “Kingdom.” But really if there’s anything you’re going to be compared to it’s the juggernaut that is “The Walking Dead,” which is already nine seasons deep and has its own spinoff, “Fear The Walking Dead” (five seasons), with another one in the works (besides TV movies).

One of the things “Black Summer” does well is break the action into chunks, separated by black title cards. With a sprawling cast you can do that; points of view change as we follow one person or one group at a time. In the first episode the scenes are titled after the character we are following; later episodes do away with that and go for more traditional, pithier titles. Sometimes a scene is three minutes, sometimes 15. What the chunks do is keep things tense; there’s very little downtime to be calm. It also spreads apart mini-cliffhangers where a network show might slot in some ads. The changing points of view also add in a nice little feature where we see the same event through different perspectives. This stresses the interconnectivity of a society in collapse and reveals information other characters don’t have in an interesting fashion. This is especially advantageous given most of the characters are in the same general vicinity and can thus run into one another. Scenes of horror and suspense are mostly handheld, giving it that urgency that audiences are primed for by viewing footage through smartphones; many of the sequences are also shot in long takes (or simulated long takes) to give a real-time mania that’s more effective than not.

Another very interesting thing about “Black Summer” is that it’s really embracing what it means to be on Netflix; that is to say, on a streaming service where they can eschew traditional proscribed running times for episodes. Since they don’t have to factor in time for ads, they can take a more novelistic approach and just put out episodes that are the length each chapter feels like it needs to be. Most of the first season’s eight episodes hover between 35-45 minutes, but the final two clock in at just 20-25, providing all killer, no filler. It’s a measure more shows should embrace, especially since streaming content looks like it’s here to stay.

With all that, “Black Summer” feels like the creators of “Z Nation” broke free from the shackles of Syfy, in terms of both content and what you can do with it, much like the running zombies that provide them with such tension.