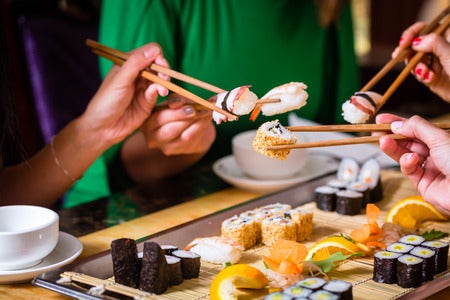 That harsh restaurant review left on Yelp? Might be because it rained that day.

That’s according to the results of a new study, which found a correlation between poor customer reviews and bad weather.

Recently published online in the Journal of Hospitality and Tourism Research, the study found that customers were more likely to leave negative comments about their dining experience on days when it rained, snowed or when temperatures reached extremes.

For the study, researchers at Ohio State University conducted three separate experiments. The first study analyzed the comment cards left at 32 Florida restaurants across the same national fast-casual chain. Results showed that the odds of diners leaving negative comments were about three times greater on days when it rained.

Comments were rated on a five-point scale (one being very negative, and five very positive). Researchers then examined the local weather data from the National Climatic Data Center, looking at 14 weather variables. They found that three meteorological factors — rain, temperature and barometric pressure — could be connected back to customer comments.

In the first online study, 158 people from across the United States who had visited a restaurant within the last 24 hours were asked to rate and describe the weather conditions before their visit. They also rated their own mood and the restaurant.

Study co-author Milos Bujisic pointed out that it’s not just customers who are affected by the weather.

“A rainy day may put employees in a bad mood and that will affect their service,” he said in a statement.

In the third study, 107 people living in the Midwest, Northeast and Northwest U.S. were polled online. Participants who had visited a restaurant in the last seven days reported their mood, dining experience, and weather conditions. Researchers correlated better weather to better moods and positive dining experiences. JB