Balagtas and the Aetas | Inquirer Lifestyle 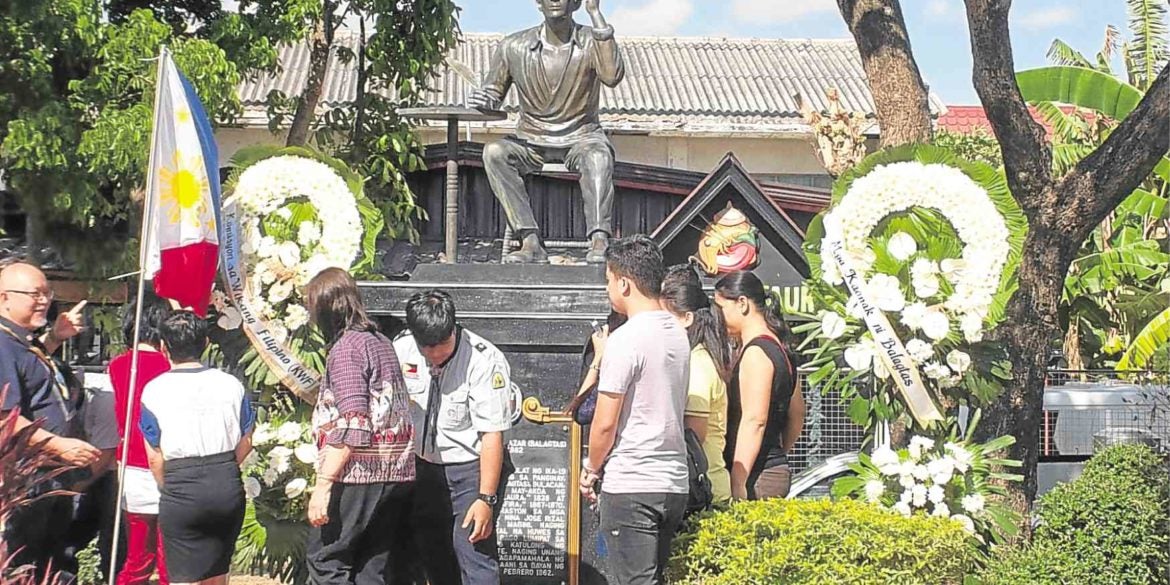 Desendants of Francisco Balagtas laywreaths before his monument in Onion, Bataan

Balagtas and the Aetas

Among those who laid wreaths before the seaside monument of the poet were his descendants, indigenous Aetas, Bataan Vice Gov. Cristina Garcia, Orion Mayor Antonio Raymundo Jr. and National Artist for Literature Virgilio S. Almario, chair of the National Commission for Culture & the Arts and Komisyon sa Wikang Filipino.

Almario said the Aetas were invited because the United Nations has designated 2019 as the Year of Indigenous Languages. He cited the famous saynete (a short play in verse) by Balagtas “La India Elegante y el Negrito Amante” (The Elegant Filipina and the Indige-nous Lover), in which an Aeta chieftain wooed and won the love of a sosyal Tagala. The work is partly in Spanish.

Aeta children later charmed the audience at the literary camp in honor of Balagtas, at the Orion Elementary School, with their dancing.

Rey Valera and Rody Vera were given the Dangal ni Balagtas 2019 for music and drama, respectively. Poet of the Year was MJ Cagumbay Tumamac of GenSan City, followed by Fr. Armal Samson Victor and Richard Regadillo Gappi, both from Angono, Rizal.

Singer-songwriter Joey Ayala, a son of well-known writers, in between his songs, educated the students on the meaning of katutubo (native). “If you think of something and act, make use of it, then it is katutubo (indigenous),” he opined.

The three-day summer camp focused on poetry, the short story, and the essay. It was attended by 200 high school students and mentors from all over the land. The youths worked on their outputs and at the end summed up what they had learned.

Literature is alive and well among the youth, or at least among a significant number of them. —CONTRIBUTED