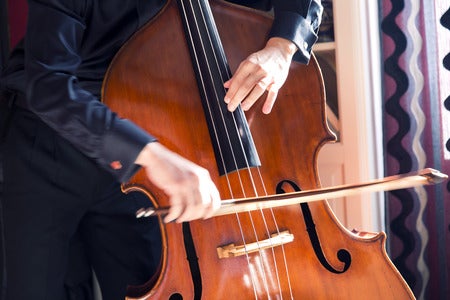 Fame was the last thing on one Florida musician’s mind when he chose to play the bass in front of a smaller audience over a crowd of thousands.

These days, Lloyd Goldstein can be found playing the bass not atop of stages, but in the lobbies and waiting rooms of the H. Lee Moffitt Cancer Center & Research Institute in Tampa, as per Fox 13 on April 26.

Goldstein took playing the bass seriously at the age of 20 and used to perform with the Florida Orchestra before switching to volunteer work.

“I had this urge to come in do some volunteer work,” he said in the report. “And I only live 10 minutes from Moffitt Cancer Center, so I came here.”

Today, Goldstein is a certified music practitioner with the Moffitt’s Arts in Medicine Program and left the Florida Orchestra upon getting his training so he could play to the cancer center’s patients.

“The arts are a powerful influence on people. On the way they feel. On the way they think about themselves,” Goldstein was quoted as saying. “On the way they process things. So, we try to facilitate arts experiences. We allow the art to do what it does naturally, which is move people and touch people.”

He also spoke about the effect of music on the patients, who start out in pain then become relaxed and focused upon hearing the music.