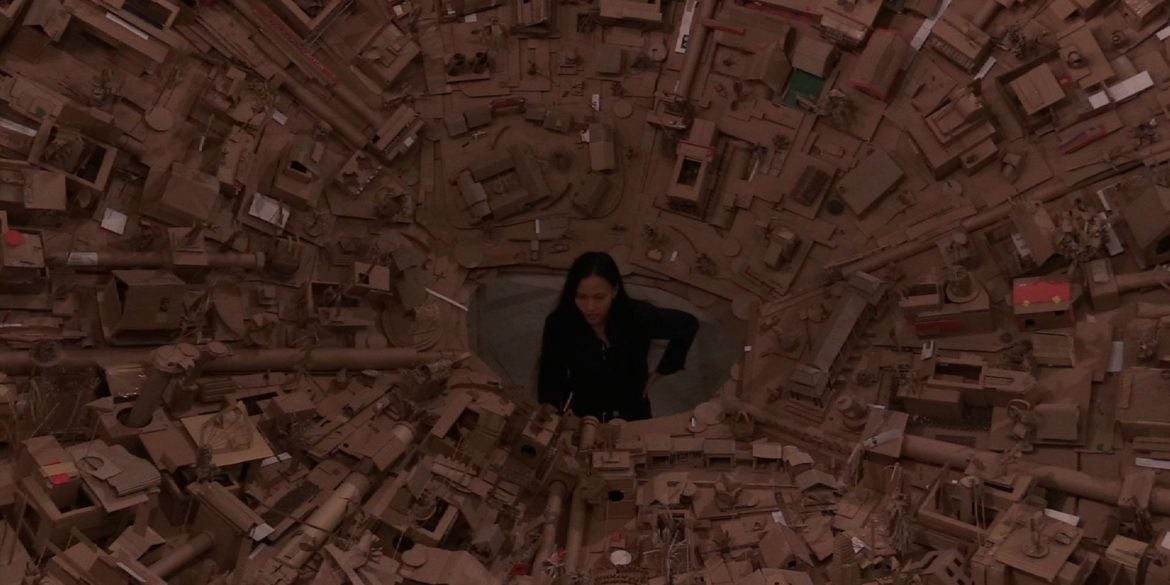 A twisting maze of tiny buildings crafted from discarded cardboard boxes is the heart of an eye-catching art piece in the Philippines highlighting the humble material’s value to millions of people.

In a nation where nearly a quarter of the population lives on less than $2 per day, cardboard is a cheap and abundant material used for shelter, bedding and furniture.

While the installation was originally made in and patterned on the southwestern Chinese city of Chengdu, the Filipino artists behind the work told AFP the use of cardboard packs more meaning in Manila.

“The cardboard is very much important in the Philippines. In other places, it’s discarded, it’s garbage,” said Isabel Aquilizan, who conceived of the piece along with her husband Alfredo.

A hole at the centre of the mixed-media installation allows visitors to stand at eye-level with details of the cardboard metropolis like roof-mounted satellite dishes, street signs and trees.

“I was very much overwhelmed with the details and the simple use of the material,” said architecture student Ebi Villa during a visit to the exhibition at De La Salle-College of Saint Benilde in Manila.

The work, called “Here, There, Everywhere: Project Another Country,” is the latest piece from the Aquilizans and it probes questions of migration and dislocation.

Millions of Filipinos live and work abroad, including the Australia-based Aquilizans, and remittances from the nation’s overseas workers are a pillar of the economy.

The piece, commissioned by a Chinese organisation, was created through the help of volunteers in China who underwent workshops by the artists on cardboard art-making.

“Cardboard is a strategy for us to, in a way, connect, because it’s an ordinary material,” Alfredo Aquilizan told AFP.

“It’s unassuming, wherein when you give someone a cardboard in a workshop, they start making it (art),” he added.

Check out more of the artists’ works below