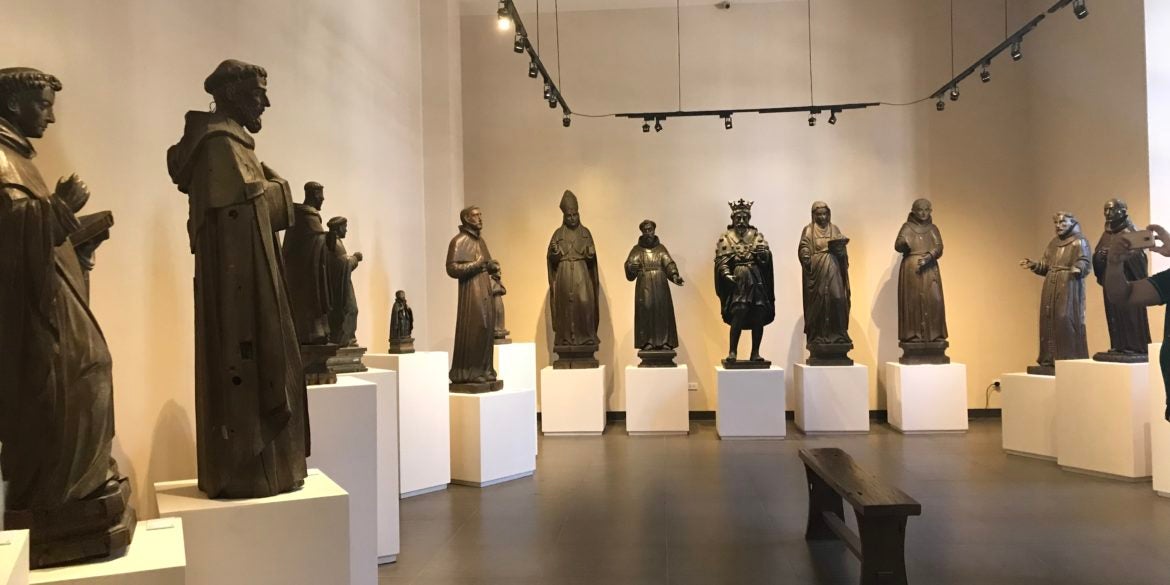 Images of the Religious Orders at the museum’s ground floor. Photo by Krissy Aguilar / INQUIRER.net

Museo de Intramuros to open on May 2

MANILA, Philippines — In time for National Heritage Month, a new museum inside Intramuros will be open to the public on May 2, and admission to the exhibit is free of charge.

Museo de Intramuros is located in two important reconstructions inside the walled city: the San Ignacio Church and the Mission House of the Society of Jesus.

The three-story museum will house the art collections of the Intramuros Administration (IA) that include an array of ecclesiastical art, furniture, images, artifacts, among others.

“It’s a must-stop mainly because they are all Filipino-made. They were all made during the Spanish period,” IA Administrator Guiller Asido boasted during the museum’s press launch on Tuesday.

Asido said this is an addition to what Intramuros already offers through the other museums because it features various kinds of art.

“It’s a reflection of the Filipino craftsmanship. Unlike the other, like what we have right now in Casa Manila, they are all furniture during the Spanish period. But here, they can see diverse collections. They can see paintings, they can see images,” Asido said.

“It’s not just colonial art, these are actually Filipino art,” he added.

The museum’s opening is also part of the commemoration of IA’s 40th anniversary as an institution.