Cheese is the new soft drink—it may not be good for kids | Lifestyle.INQ ❮ ❯ 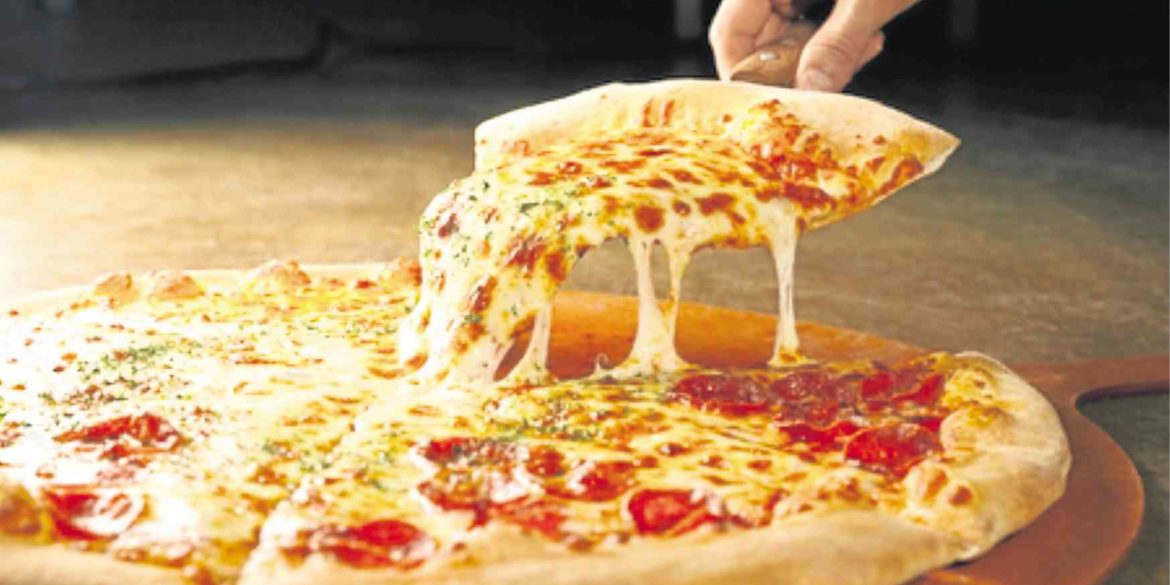 People tend to overeat pizza because of the cheese. —PDI FILE PHOTO

It’s 70 percent fat, the main cause of obesity

According to studies, the world’s most addictive food is pizza. People tend to overeat it due to the cheese. Next are chocolate, chips, cookies and ice cream. I just realized, for the longest time, that all five comprised my basic food groups.

“Cheese is milk fermented with bacterial cultures and rennet, an enzyme that comes from the fourth stomach of a slaughtered cow,” Barnard said in a webcast. “These days, most companies use genetically engineered rennet, but traditional makers still use the calf-derived variety. Whey is drained and then sprinkled with salt. In the process, calories, protein, fat, sodium and cholesterol have all increased.”

It’s also the main cause of obesity. “Cheese is 70-percent fat,” Barnard added.

Most of the calories a person consumes should come from breads, cereals, rice, and pasta products, based on the diets of thinner, healthier populations (such as people in rural Japan and Latin America). These should be followed by other grains, legumes, fruits and vegetables.

If, in the past, soft drinks caused weight problems, nowadays it’s cheese, said Barnard: “The average person is now consuming around 35 pounds of cheese a year; calorie-wise, that’s about 65,000 extra calories per year.”

He pointed out: “Cheese is not a plant, it doesn’t have fiber at all. It goes into your body without anything to dilute it. It fills you up. It retains 2-3 lbs of extra water, making you feel bloated. That’s from the sodium added to keep the bacterial cultures in check. Sodium increases blood pressure.”

What can we eat instead?

“Try avocado instead of feta cheese on your salad,” said Barnard. “It has the same mouthfeel, healthier fat (monounsaturated vs saturated) and no need for artificial impregnation. A hummus sandwich instead of a grilled cheese has more fiber and protein with less fat.

“You can also make a cheese-less pizza with roasted vegetables, or try vegan cheeses made from nuts or coconut milk (but treat vegan cheeses as a party nibble, not a pure substitute).”

In the Q&A that followed, Barnard stressed that fruits, grains, legumes and vegetables should be the new dietary plate.

“People will always ask where you get your protein, calcium and vitamin B12. Females are told to get 46 g and males 56 g of protein daily,” said Barnard.

“Calcium is not produced by cows. It’s an element in the ground, in the grass that cows eat,” he pointed out. “You can get it directly from greens and beans. Vitamin B12 is not made by plants or animals. Meat eaters get some of it from the guts of animals, but it may not be absorbed well by the body. Take a supplement, 2.4 mcg/day is all you need.”

What is the natural diet of human beings?

“We are built to be herbivores, similar in dental build to herbivorous monkeys. We aren’t hardwired to pounce on prey, and we can decide to eat what we want.”

What’s your opinion on vegan cheeses?

“They’re getting better but they shouldn’t be a food group, just a nibble group, just a transition food or special occasion food.”

How long after quitting cheese will the craving go away?

“It’s best to quit cold turkey and not have it around to tempt you. Having it in moderation will just continue to wake up the craving, so don’t tease yourself.”

Is cheese better if it’s not made from cow’s milk?

“Cheese from sheep or goats is slightly worse because of the higher saturated fat content.”

Does dairy contribute to Type 1 diabetes?

“Yes, as well as rheumatoid arthritis, asthma, psoriasis and other autoimmune diseases.”

Barnard warned that kids are at risk for obesity and heart disease due to meat and dairy in their diet even before high school. “Stick to the four food groups: fruits, grains, legumes and vegetables.”

He added, “Set rules about food. Do you want almond or soy milk? Do you want your peanut butter and jelly sandwich in triangles or circles? Soy milk is the closest nutritionally to cow’s milk and also has a lower risk for cancer.” —CONTRIBUTED