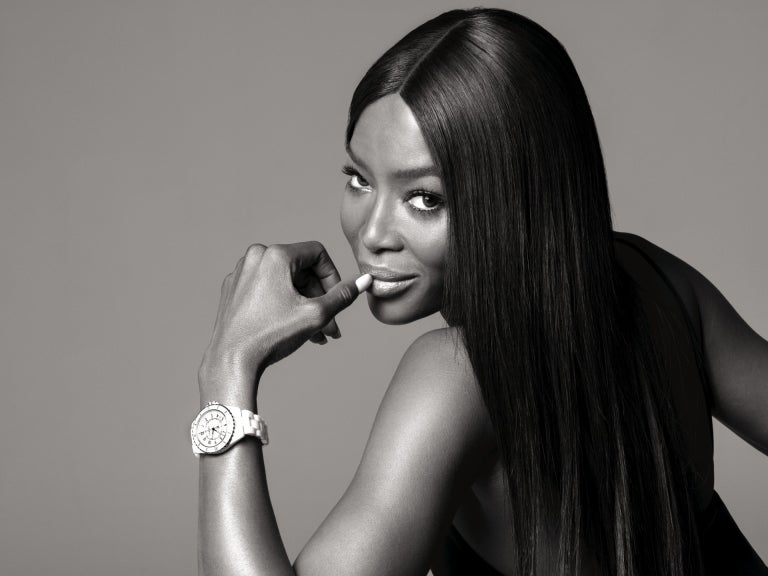 Naomi Campbell has landed a major new campaign for the house of Chanel.

The supermodel has been unveiled as one of ten famous faces snapped up to represent Chanel’s new edition of its J12 timepiece. She will share the campaign with Keira Knightley, Carole Bouquet, Liu Wen, Anna Mouglalis, Ali MacGraw, Claudia Schiffer, Vanessa Paradis, Lily-Rose Depp and William Chan, WWD reports.

The campaign, whose tagline is “It’s all about seconds,” will see each of its stars talk about their personal experiences with time. In her video clip, Campbell reveals that her favorite time of day is sunset, relives her first Chanel memory and talks about how her perception of time has changed over the years.

“Every action that I have committed myself to is a decisive second,” she explains. “There are certain things in life that just have to happen when they happen.”

The campaign is proof that Campbell, after decades as one of the industry’s most in-demand models, shows no sign of slowing down anytime soon. So far this year she has fronted a major beauty campaign for Nars, taken to the catwalk for Valentino’s Haute Couture show and posed for the cover of British Vogue.

“They said I would only last 11 years, but here I am today celebrating 33 years in the business of fashion!” she stated on Instagram earlier this month, celebrating the latest milestone in her stellar career. JB

Is Hailey Bieber working on a beauty line?