How to recycle your coffee capsule pods into art | Inquirer Lifestyle ❮ ❯ 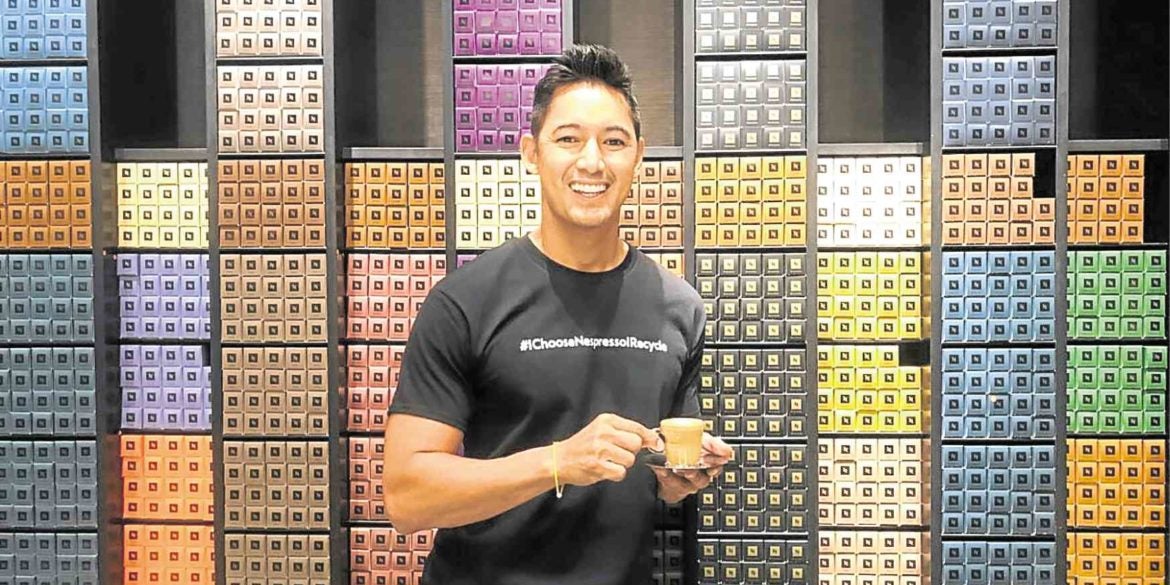 How to recycle your coffee capsule pods into art

Capsule coffee is delicious and convenient, but what to do with the used pods?

Nespresso capsules are made of coffee grains and aluminum which keeps the brew’s aroma and flavor fresh. It’s easy to toss the capsule in the trash after a satisfying cup, but celebrity endorser Marc Nelson appeals to consumers to collect them for recycling.

“A pod produces one cup, but the aluminum is infinitely recyclable,” Nelson said. “We are encouraging coffee lovers to be mindful in consuming Nespresso.”

Nelson, an environment advocate, explained how it works: “Nespresso coffee ordered online comes in a biodegradable bag which can also be used to hold used pods. Bring the bag to partner stores, or book a home pickup online at www.nespresso.ph—no minimum pieces required.”

Collection points are at Nespresso Boutique at Power Plant Mall, and Nespresso Pop Up Stores at The Podium, Greenbelt (until June), and One Bonifacio (starting July). One may also drop the pods at Rustan’s Department Stores in Makati, Shangri-La and Alabang.

Turnover has been good, so far, said Patrick Pesengco, managing director of Novateur Coffee Concepts Inc. The company distributes Nespresso locally to a “niche market,” with a constant reminder that “accessible luxury” comes with responsibility.

Old coffee grounds are sent to farms such as Nutriganics Farm and Saret Organic Farmville to be used as fertilizer. The idea came from Singapore, where Nespresso grounds are given to the Food Bank, which incorporates them into compost for growing produce.

In the Philippines, shredded and smelted aluminum are transformed into artisanal art  made by communities organized by Negrense Volunteers for Change (NVC) Foundation founded by Milette Regalado. These are sold in trade fairs, and proceeds fund the organization’s projects.

Nelson showed some of NVC’s Nespresso artworks at the recent launch in Power Plant, adding that he made sure that recycling efforts are in place before he worked with the brand.

His favorite flavors are Livanto espresso “for a caffeine buzz” and the fruity Rosabaya de Colombia “for winding down.”

“I relax in the balcony, on the daybed with a cup of coffee with my cat Nala—maybe read a book and do my meditation—that’s my favorite part of the day.”

Corto is a dark, full-bodied thick roast, a blend of African Arabicas and Robusta selected by Spanish baristas—best for macchiatos.

Melbourne baristas came up with Scuro, a balanced coffee made of Arabicas from Colombia and Ethiopia, split-roasted into an intense coffee usually served as cappuccino.

Chiaro is inspired by the baristas of Brooklyn—a light, sweet roast with hints of caramel and sweet biscuit made of beans from Kenya and Indonesia, perfect for lattes.

Nespresso pods are sold starting at P32 each, and as boxed sets.