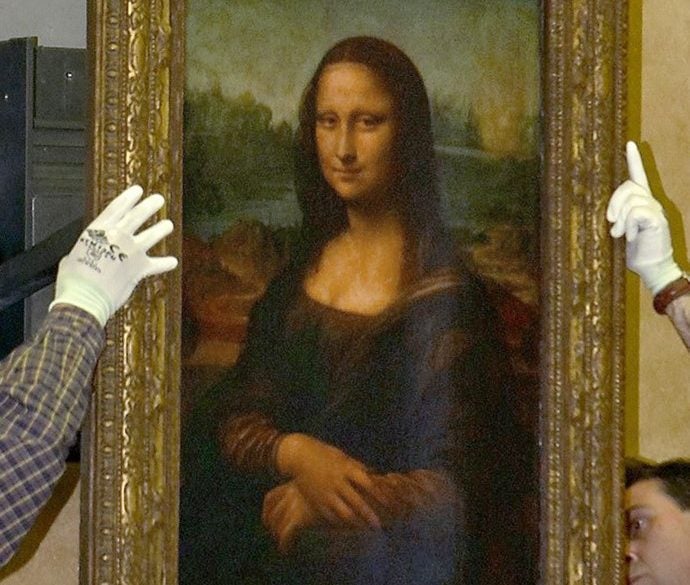 Drinks with Mona Lisa: A special night at the museum

Daniela Molinari dreamed of offering a drink to the famous Mona Lisa and asking her all about the great Leonardo Da Vinci. On Tuesday night she enjoyed a very special night at the museum, at the famous Louvre in Paris.

The Italian-Canadian art conservation student was chosen from over 180,000 entrants in a competition, launched by the Louvre in Paris and the home-sharing platform Airbnb, to mark 30 years since architect I.M Pei’s glass pyramid was erected in the art museum’s courtyard.

It is the first time that any member of the public has been allowed to sleep in the famous museum overnight.

The experience also included a special guided tour by an art historian, like those previously offered only to the likes of Barack Obama, Beyonce and Jay-Z.

All the contestants had to do was answer the question: “Why would you be the Mona Lisa’s perfect guest?”

“I wrote about offering a drink to Mona Lisa, to ask her about Leonardo… we would share a spritz, because she never had a chance to taste one,” the 26-year-old Molinari wrote.

“I didn’t take it seriously, I didn’t think it would work,” she added.

The night was spent sleeping beneath the iconic Pyramid in the heart of the City of Lights.

But before that there was indeed time for a Renaissance-inspired aperitif with Mona Lisa, and Molinari’s guest for the special night Adam Watson, 29.

Dinner alongside the Venus de Milo followed — though it wasn’t clear how the armless ancient Greek statue managed the cutlery — and an intimate music concert in Napoleon III’s opulent apartments in the former royal palace.

A guided tour of the otherwise deserted museum was another highlight.

The tour took in highlights of the 37 kilometres (23 miles) of galleries, with the Louvre’s director of protocol Sabine de La Rochefoucauld, as their guide.

These included Italian renaissance masterpieces, the old palace stables and, in between works by Leonardo and Delacroix, the vivid colours of the 16th century Pieta by Rosso Fiorentino, a piece de La Rochefoucauld had already shown to singer Beyonce, who filmed an elaborately choreographed video inside the Louvre.

Unlike in the “Night at the Museum” movies, none of Leonardo’s or Raphael’s subjects sprang to life in front of the nocturnal visitors.

The magic for the two lucky guests was in being able to hear their own footsteps in the galleries and look the Mona Lisa right in the eye without being shoved sideways by people taking selfies on their cell phones.

Instead they could admire her from two armchairs and a coffee table on which stood a bowl of cherries and the aperitifs.

“The last time I came to visit her I was small and it was such a crowd of people,” Molinari recalled.

“I couldn’t even look at her…. And I didn’t appreciate her as I do now, because I have been studying art.”

“You see posters, you see pictures, but this is completely different to see her for good,” said consort Watson

For the competition organisers it was also a successful event in which 182,000 people took part, a quarter of them French, another quarter North Americans and the rest from all over the world, said Emmanuel Marill, the head of Airbnb in France.

Paris is the top destination for the home-sharing site, he said. But the idea of finding a bed inside the Louvre “is what dreams are made of”.

Last year the Louvre welcomed more than 10 million visitors for the first time, making it the most visited museum in the world.

The couple’s special night was aimed at conveying “a message of hospitality, to show that we are able to welcome everyone in the best possible way, even people who are not really used to visiting” museums, explained Anne-Laure Beatrix, deputy managing director of the Musee du Louvre.