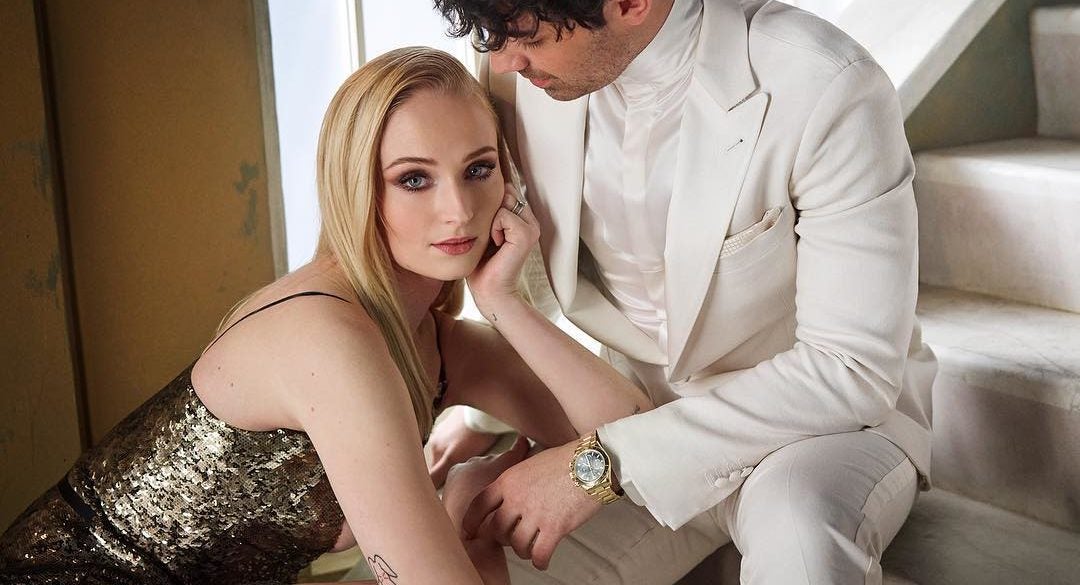 Celebrity couple Joe Jonas and Sophie Turner just got married in a runaway wedding for the books. They used green and red Ring Pops to seal the deal. Because you can always get your fancy ones from Cartier or Harry Winston after. What matters is the love and the sincerity of the moment, right?

The set-up for the wedding couldn’t be more perfect given the chosen bands. It happened right after the Billboard Music Awards, where Joe plus brothers Nick and Kevin performed a medley of their hits. The venue was Little White Chapel, Las Vegas with an Elvis impersonator officiating the ceremony. Oh and the videographer is Diplo, who shared the occasion via live video on Instagram Stories.

Somewhere in this wedding story is a rom-com script a producer needs to pick up. Speaking of which, there may be a handful of you in need of binge-watching their favorite romantic movies while eating some ice cream. The Jonas-Turner nuptials means that all three Jonas brothers are now officially married. An era has passed. A moment of silence please.

Jonas and Tuner started dating in 2016 as reported by Marie Claire. In Oct. 2017, Jonas proposed to the Game of Thrones star. After Nick Jonas and Priyanka Chopra got married, attention turned to Joe and Sophie about their wedding plans. In an interview, Turner mentioned how they were eyeing a summer date for the big day. There was a Save the Date token that was leaked online. But it may have been all just a ruse seeing how it all played out now.

Congratulations and best wishes to Mr. and Mrs. Jonas!