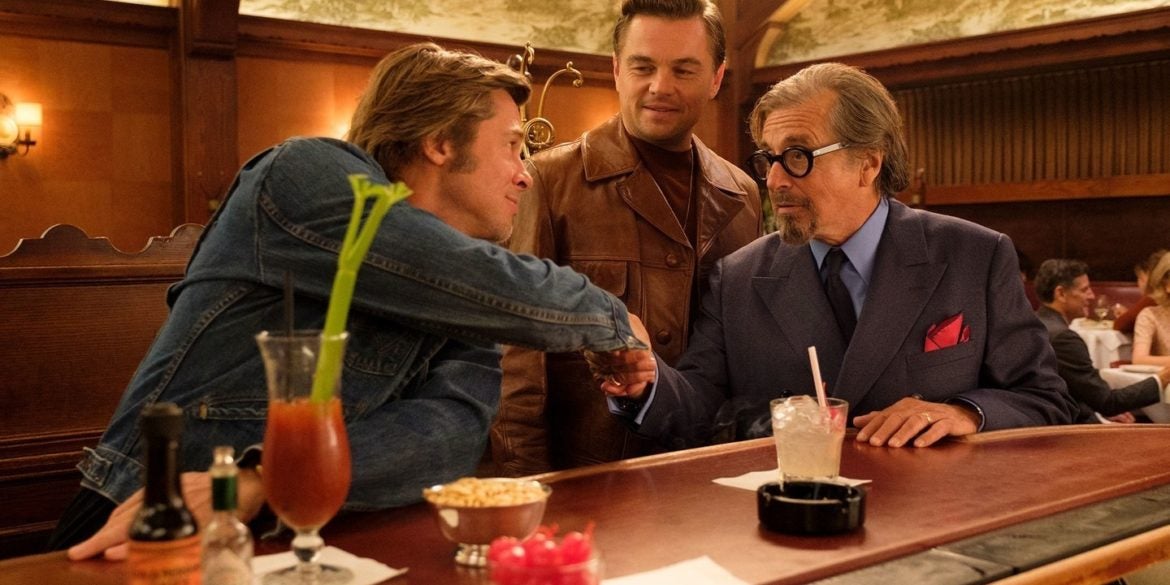 Quentin Tarantino’s much-anticipated new film “Once Upon a Time in Hollywood” will premiere at the Cannes film festival, organisers said Thursday, after doubts over whether it would be finished in time.

The movie, which stars Brad Pitt as a 1970s stuntman alongside Leonardo DiCaprio and Al Pacino, will compete against new films by veteran directors Ken Loach and Terrence Malick for the top Palme d’Or prize at the festival, which begins on May 14.

“We were afraid the film would not be ready,” festival director Thierry Fremaux said, adding that Tarantino had finished it after spending four straight months in the editing room.

“He’ll definitely be there — 25 years after the Palme d’Or for ‘Pulp Fiction’ — with a finished film screened in 35mm and his cast in tow,” Fremaux said.

The crime thriller also has Margot Robbie play Sharon Tate, the pregnant Hollywood star (and wife of director Roman Polanski) who was murdered by followers of cult leader Charles Manson.

Tarantino will be joined as a late entry by another big hitter, Abdellatif Kechiche, who won the Palme with the controversial “Blue Is the Warmest Colour” in 2013.

“Mektoub, My Love: Intermezzo”, his four-hour second part to a steamy trilogy set in his Mediterranean home town of Sete, will also be in the running for the top prize despite its French-Tunisian director facing a police investigation over an alleged sexual assault on a 29-year-old actress, which he denies.

DiCaprio, whose girlfriend actress Camila Morrone will be making her Cannes debut in the US indie movie “Mickey and the Bear”, will also premiere his new environmental documentary “Ice on Fire” there.

As with his 2007 warning shot on the state of the planet, “The 11th Hour”, which the star also produced, it is directed by Leila Conners and will be shown at a special screening.

The bad boy of French cinema, Buenos Aires-born Gaspar Noe, is also back after his feverish cult hit “Climax”.

Having shocked cinema goers with “Irreversible” and his hugely explicit “Love”, “Lux Aeterna” stars Beatrice Dalle of “Betty Blue” fame and Charlotte Gainsbourg as actors in a film about witches which promises “on-set hysterics”.

“Climax” won the Directors’ Fortnight prize last year, and Fremaux called Noe’s new movie “brilliant fast-paced” and likely to be as “hyped as it is mysterious”.

Mexican actor Gael Garcia Bernal will add a further burst of stardust to the line-up, premiering his second film as a director at the festival.

Bernal shot to worldwide fame almost overnight when “Amores perros” was shown at the festival in 2000. Its director Alejandro Gonzalez Inarritu, who has since gone on to win four Oscars, including for “Birdman” and “The Revenant”, heads the jury at Cannes this year.

His coming-of-age story “Chicuarotes” is billed as a “deep dive into Mexican society”.

But it is the return of Tarantino to the Croisette with his starry gang of megastar pals led by DiCaprio and Pitt which is likely to make most headlines when the festival — which calls itself “the Olympics of film” — starts in a fortnight’s time.

Festival director Fremaux said Tarantino’s new movie — which will be released in July — “is a love letter to the Hollywood of his childhood, a rock music tour of 1969, and an ode to cinema.”

Last month, Fremaux hinted he would hold the door open for the maker of “Reservoir Dogs” until the very last minute.

This year’s festival is also something of an old rockers’ reunion with Elton John billed to perform for the premiere of his biopic “Rocketman” and both Iggy Pop and Tom Waits in the cast of the opening film, Jim Jarmusch’s “The Dead Don’t Die”.

U2’s Bono will also walk the red carpet, Fremaux revealed Tuesday, to support the documentary “5B” about America’s first hospital ward which treated patients with AIDS.

Loach, 82, who won the Palme d’Or prize in 2016 with “I, Daniel Blake”, returns with “Sorry We Missed You”, an indictment of the gig economy, while Malick will premiere his World War II story, “A Hidden Life”, about a German conscientious objector guillotined by the Nazis in 1943.