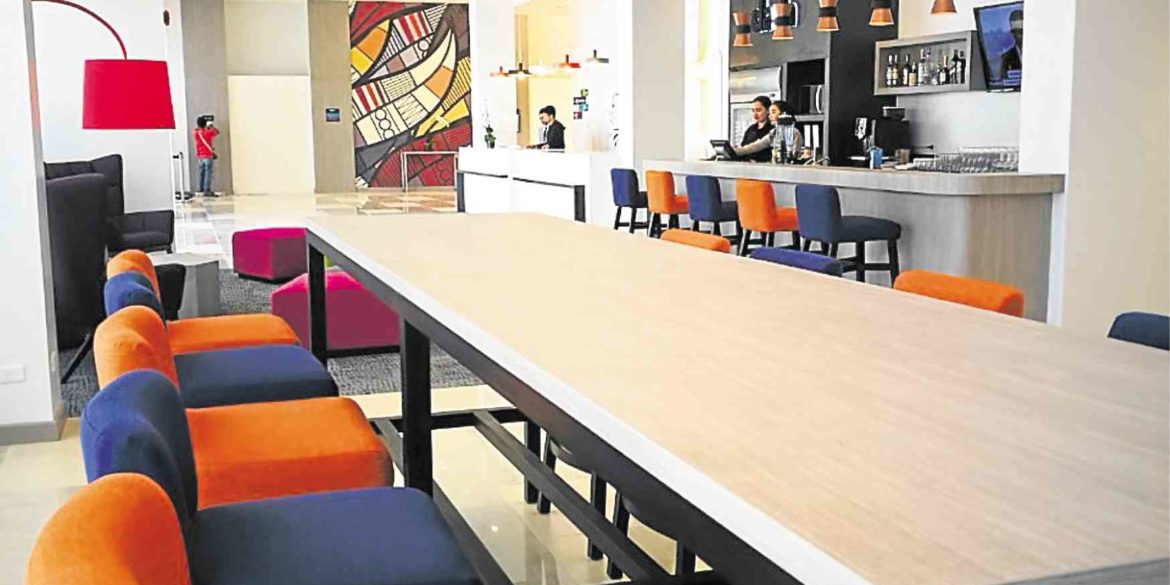 Communal table at the lobby. At the right is Dash, a self-serve counter with chilled juices and packed sandwiches for guests on the go. —RAOUL CHEE KEE

Iloilo City ready to claim its place in the sun

For nonresidents, a trip to Iloilo is often arranged to sample the city’s culinary delicacies, or to visit churches and old mansions. There’s more to it, however, especially with the opening of new hotels like Park Inn by Radisson, which is adjacent to SM City Iloilo in Mandurriao.

“Iloilo City is not a ‘tired’ destination,” Helen Catalbas, the Department of Tourism’s regional director for Western Visayas, told Lifestyle. “Compared to other nearby destinations that are paspas (more dynamic), Iloilo is more laid-back, but now we’re claiming our rightful place in the sun.”

She pointed out how vacationers fly to Aklan, or direct to Caticlan and head straight to Boracay, their usual destination. “The target market for Iloilo City is different. People come here for the food, the culture, for work, or to attend a seminar or convention,” Catalbas said.

The infrastructure is growing at a steady pace, with more hotels being constructed. People requiring larger spaces can check out the Iloilo Convention Center with its halls that can accommodate as many as 600 guests at a time.

With the opening of Park Inn by Radisson Iloilo last month, SM Hotels and Conventions Corp. (SMHCC) has thrown its hat into the ring, so to speak. It is 25 minutes away from the Iloilo International Airport, and near the city’s main commercial district, tourist attractions, museums and national landmarks.

The new property is the third Park Inn by Radisson (the two others are in Davao and Clark). A fourth one is set to open at the back of The Block at SM City North Edsa, while the fifth will be adjacent to SM Bacolod by 2020.

Guest rooms at Park Inn by Radisson Iloilo are outfitted with creature comforts like single or double beds, high-speed internet, tea service and wide-screen TV. But guests who have stayed at either the Clark or Davao branches might notice a distinct design change.

When we stayed at the Davao branch several years ago, the colors in the guest rooms and public spaces were brighter, more like primary shades of red, blue and yellow. Now, the hotel has taken a subtler route with muted hues that are cooler to the eyes.

The receiving area on the right as one enters consists of cushioned benches, armchairs and ottomans in the new color scheme.

A communal table can be used for laptops or as a dining spot for customers at Dash. The convenient self-serve section offers a selection of chilled juices and packed sandwiches for those on the go.

Next to it is Áni, the hotel’s all-day dining outlet that has daily breakfast buffets and a la carte options for lunch and dinner.

“We are elated with this new milestone in the growth of SMHCC,” said executive vice president Peggy Angeles. “We are confident that this new landmark in Iloilo will add to the city’s vibrant tourism landscape and set a new benchmark in hospitality in Panay Island.”