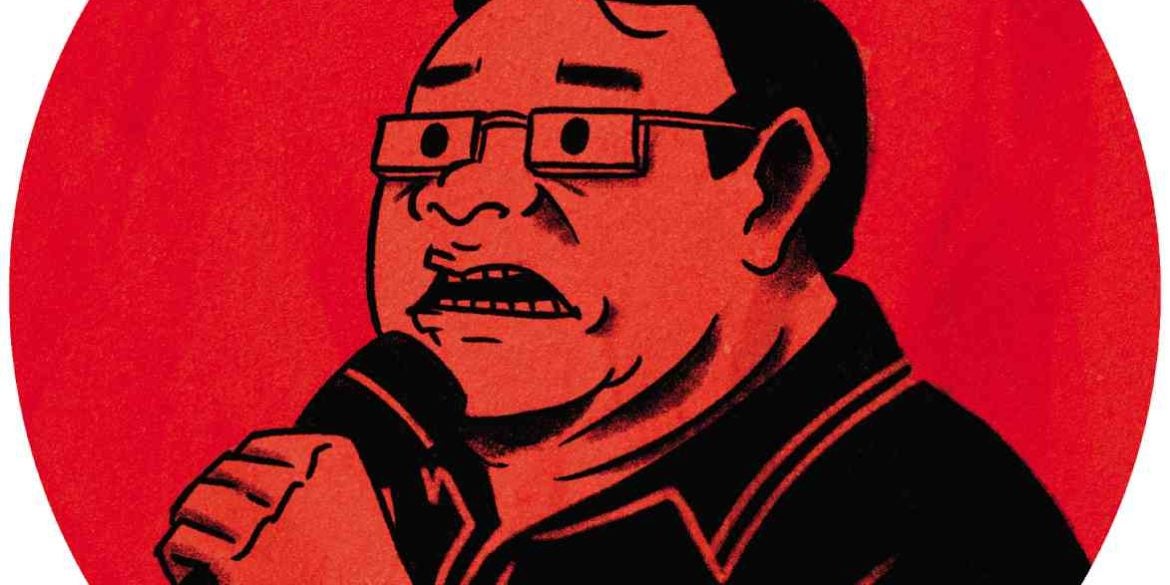 No name recall? No problem: Speak out!

Philippine politics is dominated by different faces but who belong to the same family or clan. Political dynasties remain deeply entrenched in almost every level of government—with some candidates winning positions on the strength of their surname alone.

Truly, name recall is a powerful thing. But if you don’t have the name, the money or the political capital to match the heavyweights, what are the options if you want to become a public official? You speak out.

Two months ago, Jose Manuel “Chel” Diokno was ranked between the 30th and 40th slots in nationwide polls conducted by Pulse Asia and Social Weather Stations. But just last week, he was closing in on the top 20—a meteoric rise, to say the least—
spurred by his prominent online presence, convincing opinions on controversial issues, sterling record of public service and an endearing wit.

University mock polls have shown Diokno topping their own surveys in campuses across the country, showing his solid command of the youth vote.

So, how did the human rights lawyer rise to viral fame? He spoke out.

In a televised debate against a rival senatorial candidate, Ilocos Norte Gov. Imee Marcos, Diokno fearlessly refuted her belief that term limits should be removed for government officials: “Have we forgotten our history where a president installed himself a dictator to avoid term limits? And he used this so he and his family could amass large amounts of money?”

It was a daring statement in the face of a powerful historical rival (Marcos’ father, former President Ferdinand Marcos, had Diokno’s dad, then Sen. Jose W. Diokno, unlawfully imprisoned during martial law for two years). It defined his role as Otso Diretso’s outspoken leader.

After receiving attacks from President Duterte himself, who made fun of Diokno’s nickname and career, and said he would rather vote for musician Freddie Aguilar, Diokno responded with confidence: “Pangulo, batas ang sinusulat sa Senado. Hindi kanta.”

The founding dean of the De La Salle University College of Law and chair of the Free Legal Assistance Group, Diokno sums up his goal of reforming the justice system and defending human rights:

“Our task is to find safer ground. To find a path that can take us, eventually, to a world where life has meaning; where values count; and where we can say: This is where I want my children to grow up, instead of dreaming of a better life in distant shores.”

Thankfully, Diokno isn’t the only one speaking out.

“I was a rescue team volunteer almost all my life. I served one year under Aquino, one year under Duterte and I resigned because of a rape joke—proudly.” These were the words of senatorial candidate Samira Gutoc. In CNN’s most recent senatorial debate, she told the story of how she resigned from the administration’s Bangsamoro Transition Commission when she heard President Duterte say he would defend his soldiers even if they raped up to three women in Mindanao which is still under martial law.

Former solicitor general Florin Hilbay rationalized his intention to run for office: “The Preamble of the 1987 Constitution reads: ‘We, the sovereign Filipino people…’ Politics is too important to be left in the hands of the politicians. We are the sovereign.”

Hilbay led the legal team that won for the country its case against China at the Permanent Court of Arbitration, which declared China had “no historic claim” over any territory in the West Philippine Sea.

Many candidates may seem idealistic and ambitious at first, but end up succumbing to the corrupt system in traditional politics that pervades every facet of the government. It’s a reality many candidates don’t want to admit, but independent senatoriable and public health advocate Dr. Willie Ong is a straight shooter, as evidenced by his recent interview with Esquire PH.

“I am vying for a post that will make laws for the whole country,” Ong said. “Why should I be beholden to anyone? Why should there be anyone holding my head? That’s the first trap of politicians—they get the money. The second trap is following the political operators who will tell you to be epal, to make drama, to make controversy, to sing and dance, and to cater to the audience. I will not cater to them. We should uplift the conversation.”

The Philippines has an entire generation of experienced legislators who have made positive contributions to the political landscape.

Medal for Valor recipient and Magdalo Rep. Gary Alejano has authored 198 House resolutions—from Coast Guard modernization to free irrigation for farmers. He has the highest number of authored legislation in the 16th and 17th Congresses.

We do not need kowtowers in this government, as well as balimbing who will jump ship at the first sight of a popularity dip. What we need are game-changers who are loyal not to a politician, party or political dynasty but to their own ideals and convictions.

This is not an endorsement of opposition or independent candidates. This is not an indictment of the pro-administration coalition—there is no question they field many qualified candidates. But we are at a juncture in the nation’s history where we must ask ourselves: Should we continue to support the “qualified” track records and the familiar surnames, almost all of whom have been blemished by the stain of controversy?

Or should we be brave? Shouldn’t we instead support those who have served the country despite not having the popularity or position to profit off of it? Shouldn’t we cheer for those who show courage in the face of seeming defeat?

Let no one say Philippine politics is starved of competent, qualified and unblemished candidates. The truth is, these kinds of candidates just don’t win when it comes to the wars of money, ad-spending and political machinery. But sometimes, they win the war of words because they choose to speak truth to power—regardless of the cost.

Before casting our ballots, may we have the courage to choose bravery over familiarity and truth over empty promises. May we choose those whose words speak truth to power. —CONTRIBUTED