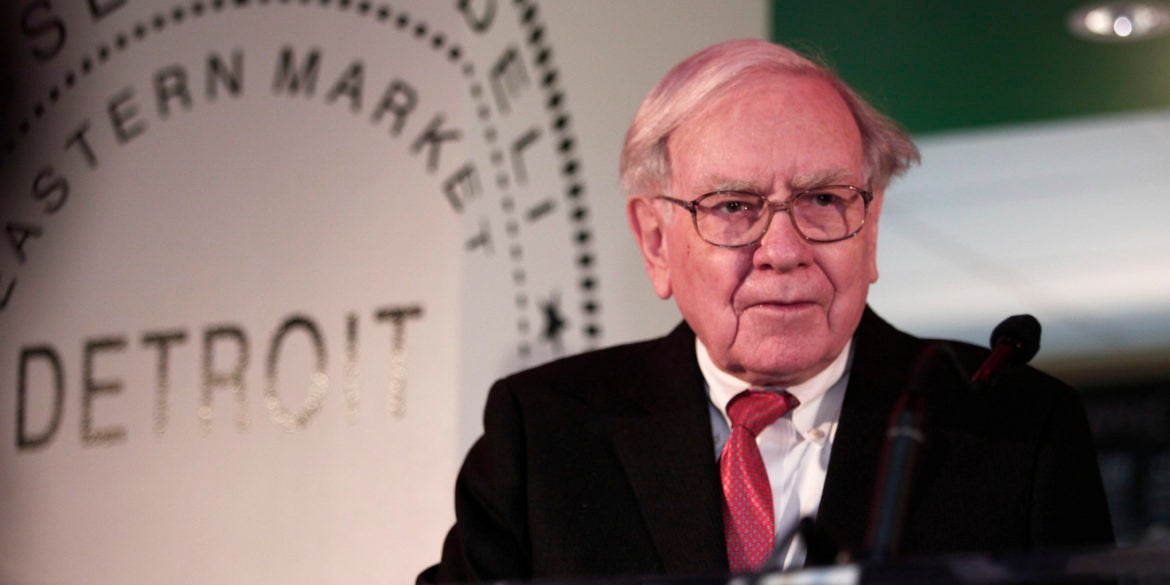 DETROIT, MI - NOVEMBER 25: Warren Buffett, Chairman and CEO of Berkshire Hathaway and Co-Chairman of Goldman Sachs 10,000 Small Businesses Program, speaks during a press conference where it was announced that Detroit was named the 11th city to be included in the $500 million Goldman Sachs initiative November 26, 2013 at Ford Field in Detroit, Michigan. Under the program, small businesses in Michigan will be eligible to receive $20 million in loans. The initiative was designed to help small business entrepreneurs create jobs and grow their businesses. Bill Pugliano/Getty Images/AFP

Who will succeed billionaire Warren Buffett?

By: Luc Olinga via Agence France-Presse

As the annual shareholder meeting of Berkshire Hathaway gets underway on Saturday, a key question hangs over the gathering: who will take the reins of the empire built by 88-year-old billionaire Warren Buffett?

“Berkshire Hathaway can certainly survive without Warren Buffett,” he said. After all the conglomerate is made up of “mostly solid businesses that are only minimally impacted by their ownership.”

Investors are not expecting major upheaval, since Buffett has taken steps in recent years to carefully prepare for a leadership change, although he has not made the plan public.

Among four likely candidates, there are two clear frontrunners: Gregory Abel, 57, and Ajit Jain, 67, who were both promoted last year to the board of directors and who are both known quantities who have been with Buffett for decades.

Abel joined the company in 1992 in the energy division, and for more than a year has overseen all non-insurance activities.

Jain came on board in 1986 in the insurance division, which he currently leads.

Also potentially in the running are Todd Combs, 48, and Ted Weschler, 56, chosen by Buffett and his long-time business partner, Charles Munger, 95, to handle the group’s investments.

“That’s never been officially disclosed, but I suspect it will be either Greg Abel or Ajit Jain… and probably the former, given his solid and growing exposure to Berkshire’s non-insurance businesses,” Shields said.

Sykes agreed, noting that Jain “really likes to focus on insurance businesses and… seems less interested in the spotlight.”

It is always possible a dark horse candidate could emerge from the company’s board, which includes fellow billionaire and Microsoft founder Bill Gates.

One is Tracy Britt Cool, 35, a Harvard graduate and Buffett’s right-hand woman for the past 10 years.

Regardless of who the successor will be, Shields said markets should at first “respond very negatively” to Buffett’s absence, in part due to his unique status.

But it is also partly because Berkshire’s “exceedingly weak” disclosures “have forced investors to rely more on Mr Buffett’s carefully-managed public persona than on the companies’ individual or aggregated earnings potential,” Shield said.

Gregori Volokhine, portfolio manager at Meeschaert Financial Services, said Buffett’s presence added 10 to 15 percent to the company’s share price, and without him, that premium would “disappear.”

In a little more than 50 years, “the Oracle of Omaha” has built a juggernaut worth more than $530 billion, with businesses that range from paint to railways to consumer products, and include energy, clothing, insurance, banking and fast food.

Buffett never embraced the idea of passing the baton to his children — Susan, Howard and Peter — who are involved in many charities.

Only Howard is listed in the Berkshire Hathaway organizational chart as a member of the board of directors.

In 2011, Buffett told CBS that he wanted his son “Howie” — who has joined in night patrols in Arizona to prevent unauthorized immigrants from crossing onto American soil — to succeed him as non-executive chairman of the board of directors.

But even if the face of the company will change, its culture and investment strategy likely will remain marked by the caution that has been so central to Buffett, the world’s third richest person, analysts say.

Buffett epitomizes safe, value investing. His investments are carefully scrutinized, as are decisions to pull out of any businesses.

Leaders of the individual business units will maintain a high degree of autonomy, while frivolous acquisitions are unlikely.

His departure could lead the financial community to demand more transparency from the company. Berkshire only publishes its results once a year in Buffett’s annual letter and does not hold a conference call, as other publicly-traded companies do, to answer questions from financial analysts and journalists.

And even the questions asked at the annual shareholder meeting are selected by journalists whom he has picked.

“I’m not sure investors will be as satisfied with the crumbs of disclosure that are currently offered,” Shields said.