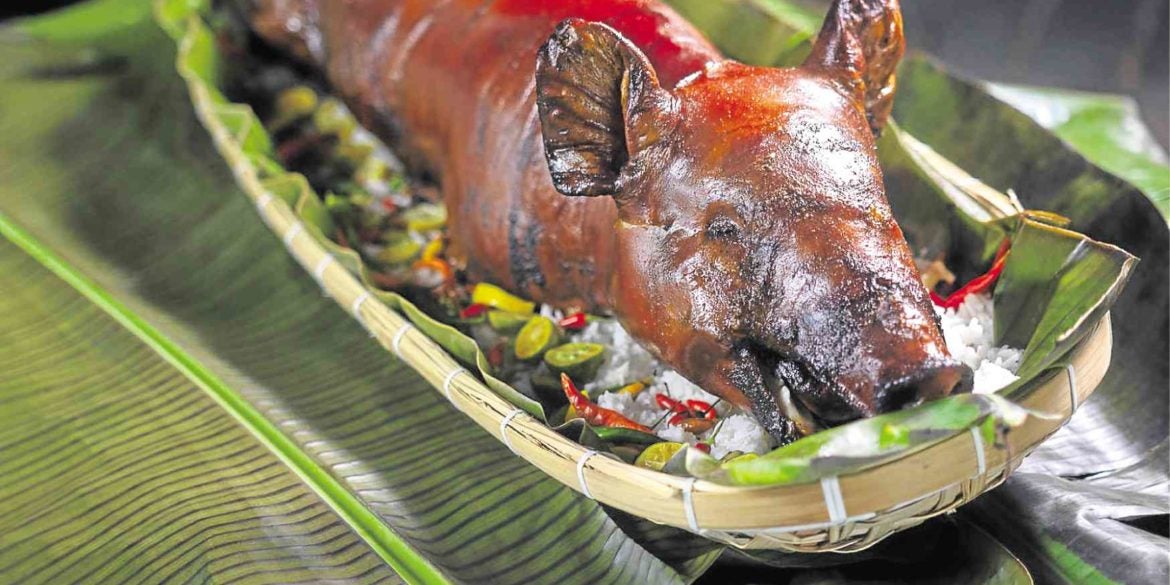 A taste of Cebu’s street food

Eat street food if you want to get to know a place and its people. Street food is unpretentious and uses no filter. They often reflect the people who live in the place and the lifestyle that they lead.

It is through these honest dishes that Netflix Original series “Street Food Asia” introduces Cebu to the world. The show features Florencio “Entoy” Escabas, Leslie Enjambre, Ian Sekong and Rubilyn Diko Manayon and their specialties.

We could not fly to Cebu to taste their specialties, but Netflix brought Cebu closer to us one afternoon. First, they brought the Cebuano food heroes to share a meal with us. Next, Toyo Eatery’s chef Jordy Navarra (not related to the writer) took inspiration from their food to create a menu that celebrates the food heroes’ ingenuity and creativity.

Mang Entoy’s “Nilarang Bakasi” inspired Hito/Larang, Aling Leslie’s Lechon inspired Baboy/Anis, Ate Ruby’s Lumpia was translated into Lumpia/Talong with homemade ketchup and Ian’s tuslob-buwa inspired Kanin/Utak/Maskara. Chef Jordy finished it off with an ice cream made of monggo and sandwiched between crumbly cookies topped with peanuts and popcorn and called it Hopia/Mani/Popcorn.

The food was served into two portions and that reflected how Cebuanos like to share their meals. The serving size was a subtle nudging from the kitchen to interact with the person sitting next to you. There was no way you could offer your seatmate’s share of the delectable lumpia without at least asking what their name was and how they have been.

Ian’s tuslob-buwa is an example of that love for food sharing. The traditional tuslob-buwa consists of rice wrapped in coconut leaves called puso, dipped into a gravy of pork’s brain. You can have this delicacy from vendors in Pasil and Duljo. Most vendors would cook the gravy in one wok and everybody gets to dip their handfuls of rice in the sauce.

“I really love street food. I know all the corners of Cebu because of my love of street food. Tuslob-buwa is like an urban legend. Most people know about it but they have not tried it,” he said. When Super asked why is that is, he answered that people are scared of Pasil’s reputation as a dangerous place.

His restaurant Azul along Gorordo Avenue is a good place to try tuslob-buwa. He said that he portioned the ingredients into serving sizes and froze them to prevent flies and worms from coming in.

He compared Azul’s tuslob-
buwa to Korea’s samgyupsal in which his customers get to cook their own meal. Visitors only share the gravy with people they know.

“(When you go to Azul) you will be given a burner, small wok and all the ingredients, and you cook it yourself. Then you dip your puso in your own wok,” he said. You could find him in Azul every afternoon.

Cebu lechon is a must-try when you are in the Queen City of the South. Cebuanos take so much pride in their roasted pig and for good reason. It is unparalleled in flavor suc h that nonbelievers become fans after a bite. Those who want to try the authentic Cebu lechon need to go to Talisay City. This is also where you can find Leslie’s lechon.

“My mother used to have a stall in Talisay Market. But when I took over, I stopped selling retail and concentrated in selling whole pig,” she said. She sells an average of 20 lechon in a day, more during holidays. One lechon is worth around P6,000.

She originally held an office job but decided to help out with the family business when her mother-in-law became too old to handle the business.

When we asked why her lechon is very popular, she said that her grandmother was named as the mother of lechon industry. Don’t believe it? You can check it in Talisay Museum. It also helps a lot that Aling Leslie is very charming.

“The press likes going to me because I am very accommodating. I feed people and I really entertain them. Even television networks and Baste Duterte come for a visit,” she said.

For the love of ‘lumpia’

Ate Rubilyn’s Lumpia was not even supposed to be part of “Street Food Asia.” The Netflix crew spotted her stall on the way to Mang Entoy’s Bakasihan.

Her vegetable lumpia is fried to a crisp. And if you want to eat like the Cebuanos, you must dip it in ketchup. It sells out every day.

But the star of the afternoon was Mang Entoy. He seemed very shy at first, but he freely gives his toothless smiles when he starts talking about the nilarang bakasi. The stewed eel was his creation. In “Street Food Asia,” he said that it earned the title of being the Viagra of Cordova.

How did it end up with its title as an aphrodisiac, Super asked.

“They tell me that it is. Childless couples would go to my place and eat the nilarang bakasi and they will have baby after,” he said laughing. Talking to him was like talking to your favorite lolo. He could not help but reminisce about the good ol’ days when he used to fish for his own eel.

Chef Myke “Tatung” Sarthou hopes that “Street Food Asia” would encourage everyone to find sustainable ways to obtain ingredients for all the native street food that needs local ingredients. For the sake of the curious and the real fans, we hope that they do.