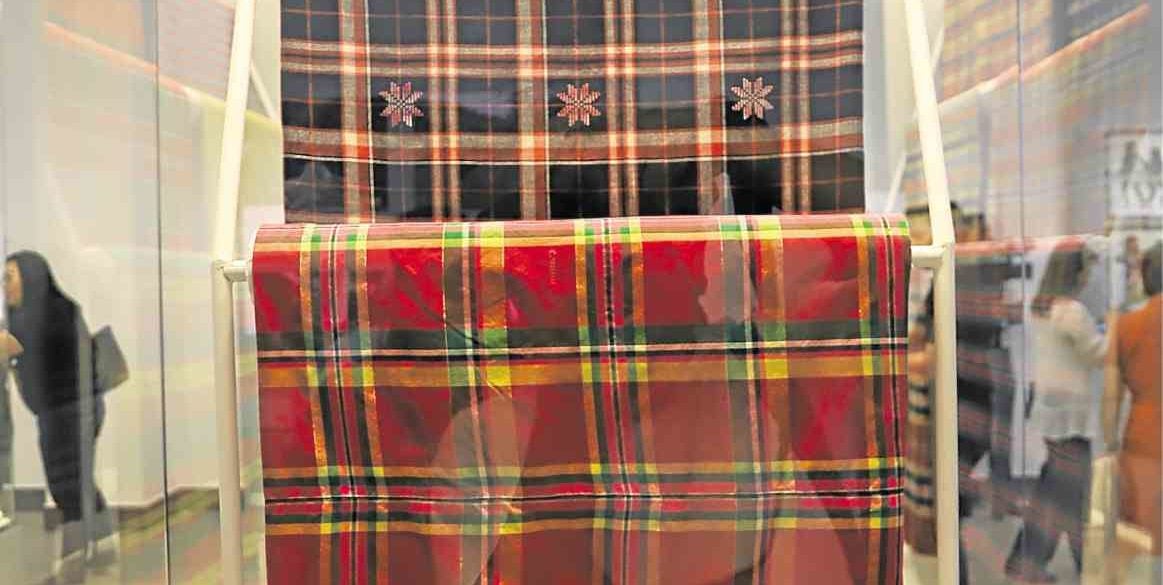 Antique’s weaving tradition gets a shot in the arm

Never underestimate the amount of labor poured into a single native woven product. Local weave, one of the most common items found in souvenir shops, also remains one of the most under-appreciated crafts.

Delia Pauden, 49, a member of the Ati tribes of Antique, is up before sunrise. She often skips breakfast so she can get a head start gathering wild vines and leaves on the rugged slopes of a mountain. She needs them to craft woven products such as baskets, coin purses, sling bags.

Gathering raw materials requires hours of walking uphill, sometimes negotiating the muddy earth with bare feet and dodging the occasional snake. When she reaches her destination, she collects the vines, skillfully ties them up in a bunch and carries them on her back. By noon she’s making her way downhill, harvesting root crops for food on her path. 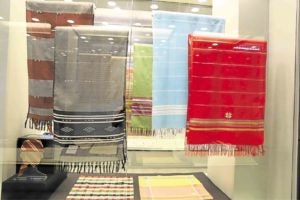 Leaving home before sunrise assures Pauden of an early return. This is important, she says, so there’s ample time to work on the raw materials gathered for sun-drying. Before sunset she’s puttering around in the kitchen, preparing the root crops she collected for the family’s dinner.

The next day, Pauden follows the same routine. She’s been living that way since she was 7.
Enterprising

Her daughter, Darlit, has started helping Pauden on her long hikes up the mountain since she herself turned 7. Now a skillful weaver at 17, she is also learning quick enterprising skills, selling woven products to her classmates and teachers to augment the budget for her school supplies.

Today, Pauden and 168-member strong Pantad Ati Tribes Organization, with the help of the National Commission for Culture and the Arts (NCCA), on the recommendation of Sen. Loren Legarda, can now buy raw materials for a minimal fee. With materials coming in twice a week, their Saturdays and Sundays are finally more relaxed.

“I look at a problem, I look at the product, I look at the potential, and I think of which government program fits into their profile. I link them up with NCCA or the Department of Trade and Industry. For every advocacy, I connect with the right agency,” Legarda told Lifestyle.

Legarda is running for representative of the lone district of Antique. The senator is known for her advocacies in culture and the arts and the environment.

Her advocacies are, in part, an influence of her late mother. Bessie Gella Bautista, who was from Antique and loved fabrics. She had a chestful of collections.

“She would open the chest and smell and touch the fabrics… I also collect fabrics. I have a roomful of textiles in my home in Makati,” Legarda said.

Legarda has settled in her new home in Antique, renting the home of the late Antiqueño visual artist Edsel Moscoso. Surrounded by trees with a gazebo overlooking the sea, similar to her Malabon ancestral home, Legarda said she is at home here. She has always been a rural girl at heart, she said.

(Last January, Legarda filed a Senate resolution honoring Moscoso for dedicating his life to the arts and for his masterful depiction of the Filipino rural life.)

The Moscoso house, abandoned for 10 years, was like a mini forest when Legarda took over this year. She had it cleaned, had a garden restored, and even brought a babaylan (shaman) to bless the house.

“Antique, with its weavers and artisans and indigenous people, is also mystical,” Legarda said. “You can’t force your values on people. The Antiqueños’ love of culture is inherent, but they need the activities to reinforce that.”

Now known to the locals as “Inday Loren,” she is also learning to speak Kinaray-a, the language of the Antiqueños. She has her hands full shepherding sustainable livelihood and spearheading a resurgence for the love and appreciation of culture.

‘Komedya’
Aries Blase Cabahit, director of Sentro ng Wika at Kultura (SWK), University of Antique, said that for the first time in 10 years, they were able to stage komedya. Komedya is a colorful theatrical tradition staged by the locals whose plot revolves around the social, political and religious conflicts of Muslim and Christian heroes.

Cabahit said that for the past 10 years, they have only performed snippets but now with funding from the NCCA through the help of Legarda, the town was able to stage a play in its entirety, for two days.

Legarda has supported the creation of a Kinaray-a Center under the SWK for the research, production of research materials, and seminars.

The San Juan de Nepomuceno Church (Anini-y Church), the only preserved colonial church in the province, was named a National Historical Treasure. Made of coral and stone, its restoration began in 2017 through the senator’s initiative with the National Historical Commission.

“You have to have a passion and a heart for it,” said Marlene T. Liao, owner of the spanking-new Xela Boutique Hotel and Pinnacle Hotel in San Jose, Antique, of Legarda.

Liao, an avid art collector (she owns hundreds of works, including some by National Artists), is the vice president of the Antique Provincial Historical Council. Her daughter, Kristine Marie, has launched the fashion line, Marie, featuring local fabrics.

Legarda aims to revive the love of culture and provide a livelihood for the locals. Already there are weaving centers, funding to restore cotton farms, and plans for a bamboo livelihood center, cacao plantation, coffee plantation, harvest and processing center, tuna processing facility, and brick-making facility are in the pipeline.

But no matter how busy her day is, Legarda said she always finds time for daydreaming.

“Every day I ask what time the sunset is. I stop to chase the sunset everyday. I take photos and take 60-second time-lapse videos. I know the barangays with nice sunsets now,” she said.