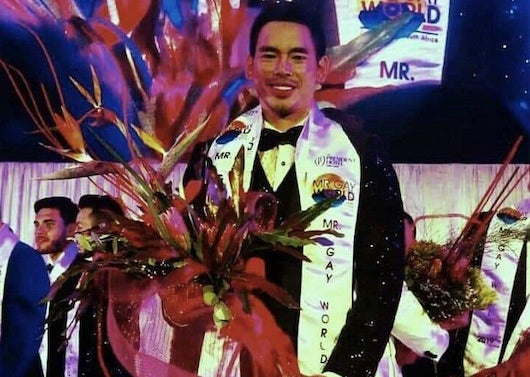 MANILA, Philippines — Janjep Carlos became the second Filipino and Asian to win the Mister Gay World title in Cape Town, South Africa, on May 4 (May 5 in Manila).

Carlos, 41, bested 21 other aspirants from around the world for the global tilt’s 11th edition, winning just two years after John Raspado made history as the first Filipino and Asian to win the title.

In his tweet, South African President Matamela Cyril Ramaphosa welcomed the delegates to the rainbow nation, where they stayed for a week leading to the finals.

“As we celebrate the freedom afforded to all the people in South Africa and affirm the democratic values of human dignity, equality, and freedom enshrined in our Constitution, I wish Mister Gay World delegates well and I hope you enjoy your visit to the most beautiful places in the world,” he said.

This is the fourth time that South Africa has hosted the Mister Gay World pageant.

Carlos brought with him his advocacy on mental health care and awareness. Even before flying for the global competition, and before he bagged the national title in March, Carlos has already worked for a mental health organization in Cape Town. /cbb