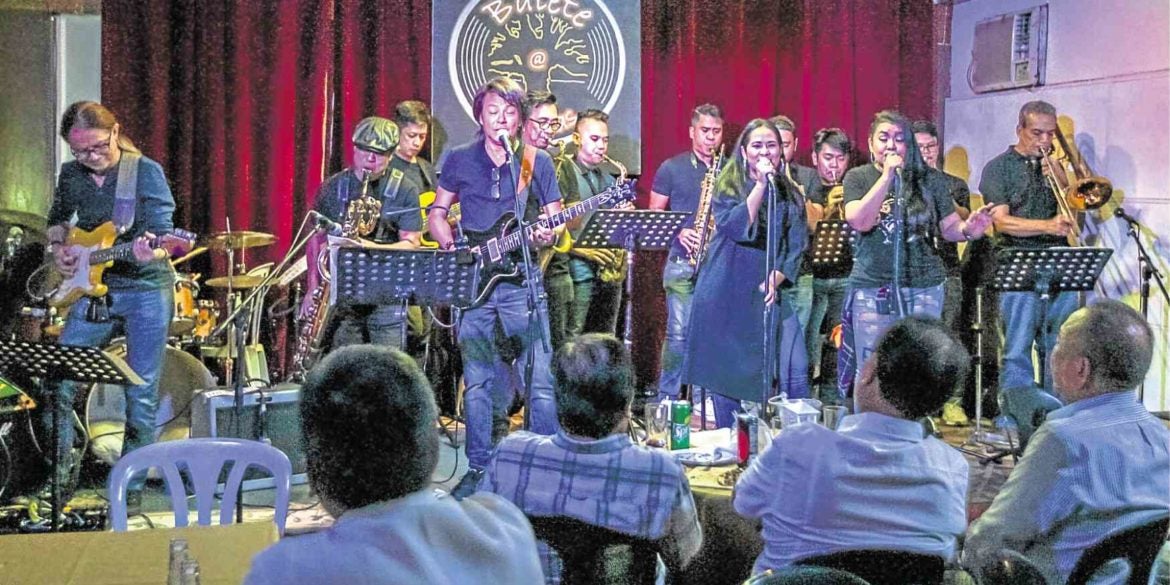 One group has been foolhardy and confident enough in its skills to attempt the feat in the Philippines: The Black Cows

There are cult bands.

And then there’s Steely Dan.

Founded in 1972 by keyboard
player and vocalist Donald Fagen, and guitarist Walter Becker, the band has built up a fanatical fanbase that has kept it going even after Becker’s death in 2017.

Steely Dan is essentially a genre unto itself. Its modus operandi is to apply a formidable working knowledge of jazz orchestration and chord structures to rock and pop songs, add some blues, funk and soul flavoring, then hire the best session musicians and recording engineers around to achieve perfection in the studio.

There are numerous Steely Dan tribute bands in the US, but so far, only one group has been foolhardy and confident enough in their skills to attempt the feat in the Philippines: The Black Cows.

Building up a following

Now on its second year, the band has begun to build up a following among local Danheads through regular performances at 19 East, Posadas’ music bar in Parañaque, and a few YouTube clips from its live sets.

Since the band seldom ventures north of Makati, we thought it an opportune time to catch it during a rare double bill with Mel Villena’s AMP Big Band at [email protected], an occasional live music venue in Quezon City.

As one might expect from an AMP/Black Cows doubleheader, there was a scattering of musicians among the predominantly geezer-ish crowd. I noted the presence of Raimund Marasigan and Shinji Tanaka of Sandwich/Gaijin and jazz singer Sandra Lim Viray. Also in the crowd were former dzRJ disc jockey Mike Llamas (aka Stoney Burke), as well as Jingle magazine alumni Mike Jamir and Pocholo Concepcion.

We managed to catch Wowee Posadas during the intermission following AMP’s set of big-band jazz standards.

Lifestyle: Steely Dan fanatics know every note in every song the band recorded, so if you’re in a Steely Dan tribute band, you know you’re going to be judged. What’s the hardest part of being in the Black Cows?

Did you set out to do note-for-note covers or your own interpretation of the material?

Steely Dan was particularly choosy about guitar players. It employed only the best—Rick Derringer, Jeff Baxter, Elliott Randall, Larry Carlton, Mark Knopfler. The earlier songs were rockier, while the later songs were jazzier. That would seem to put a large part of the burden on the guitar player.

Wowee: We’re blessed that Pido is our guitar player. He’s really a guitar genius. In his younger years, he studied all the styles, so it wasn’t that hard for him to do the guitar solos.

What about your horn section?

Wowee: Initially they found it hard because the notes are unconventional. Becker and Fagen are jazz musicians, they like the dissonant positioning of notes. But eventually they enjoyed it.

The Black Cows seems to be the youngest guys here. Is that an advantage or disadvantage?

Wowee: Pido and I are the seniors in the group. I’m 51. The others are mostly in their 30s, 40s. That’s another challenge. Since the other guys are younger, their “feel” is more modern, more R&B. So, we have meetings about the songs, how the grooves will go. I feel that since the guys are younger, they bring a more modern “feel” to the songs, specially the groove, which is different from what you hear on the records.

Since you started, has playing the Steely Dan songbook improved your musicianship? Does it stretch your abilities?

Wowee: That’s what the guys have said. Our bass player, who has been playing professionally for decades, told me that playing Steely Dan has been the highlight of his career. Mahirap kasi. And if you can play it well, it’s an achievement.

Posadas first came up on our radar in 1998, when he played keyboards for the reunited Juan de la Cruz band’s “Ang Pagbabalik” concert. Since then, he’s become the go-to guy if you need an ace keyboard player. Apart from the Black Cows, he plays regularly with Wally Gonzalez, as well as with the ’80s-inspired band Overdrive.

The Black Cows went on to play a sterling set drawn from the Steely Dan canon, with just enough departure from the original to keep things interesting. “Dirty Work,” from the first album, and the 1977 radio hit “Peg,” were done with Gail Viduya doing the lead vocals.

“Hey Nineteen” became the audience-participation number, and for the finale, an all-star jam with members of the AMP on “Reeling in the Years.”

Before we parted, Posadas told us that he started the Black Cows because he wanted to know how it feels to play with a Steely Dan band.