Pinoy global king was not sure about winning | Inquirer Lifestyle 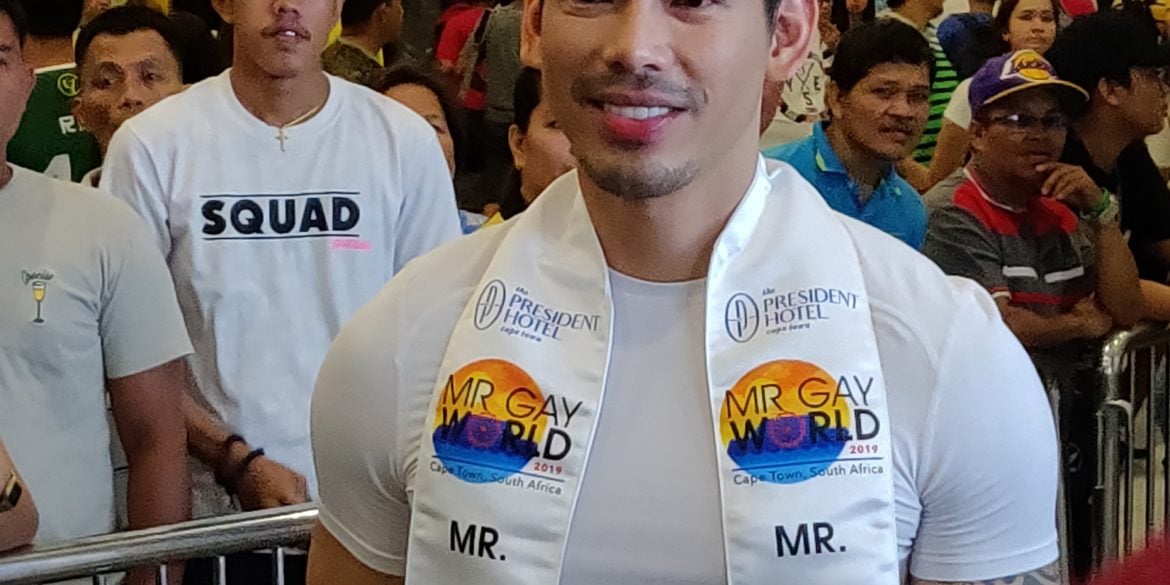 Pinoy global king was not sure about winning

PASAY CITY—Janjep Carlos admitted he had wanted to become Mister Gay World since first joining the national search three years ago. But even after all of his preparations leading to his eventual coronation in March as the Philippines’ representative to the international contest for gay men, he said there came no point in the global competition that he knew he had the title in the bag.

“Even when I was announced in the Top 5, and there were only two of us left on stage, I didn’t think I was the one,” Carlos told the Inquirer upon his arrival at the Terminal 3 of the Ninoy Aquino International Airport in Pasay City on Monday evening.

Carlos competed against 21 other delegates from around the world in South Africa for the 11th edition of the Mister Gay World pageant. He became the second Filipino and Asian to bag the crown, following Baguio City native John Raspado’s historic victory in 2016.

Both Carlos and Raspado competed in the national tilt in 2017, but Carlos only finished in the Top 10.

For Carlos, an entrepreneur from Cavite who distributes beauty supplements, finally bagging the Mister Gay World title is a fulfillment of his dream, and he had everything planned to make sure he had all bases covered.

“I’ve been physically fit even before I joined the national pageant, so what we had to focus on was my walk. It was the most difficult part of my training under Tito Rodgil (Flores), but it was also the most useful for me,” he shared.

Carlos bagged to Best in National Costume award in South Africa, using the same Sarimanok-inspired number which also won him the same award in the national pageant.

Flores, head of the beauty pageant training camp “Kagandahang Flores,” also disclosed to the Inquirer that Carlos topped the written examination portion of the global tilt.

“We really researched, and equipped him with all the knowledge he would need,” Flores said.

For Carlos, the victory is not just his, but also the community’s.

“I’m sharing this with my family, my partner and my supporters, and also with the LGBT community to give them a positive representation of the community,” he explained.

Aside from working on LGBT causes, Carlos also hopes to use his international title as a platform to spread awareness on mental health care.

Even before flying for his international competition, Carlos had already visited Cape Town in South Africa to work with a mental health care group. Also, he was able to establish connections with the group Mental Health PH to further promote his cause in the Philippines.

As of the moment, Carlos has not been informed yet of any immediate activity with the global organization. But he said the group has a lot planned for him.

“I will be very busy with a lot of travelling working with the Mister Gay World organization, spreading awareness on HIV-AIDS and participating in pride events,” he shared.

While here in the Philippines, Carlos said he will take advantage of this break to share his victory with his loved ones and his supporters.

His team also told the Inquirer that a homecoming activity is being planned in his home town of General Trias in Cavite, where a charity event will also be included. /jpv