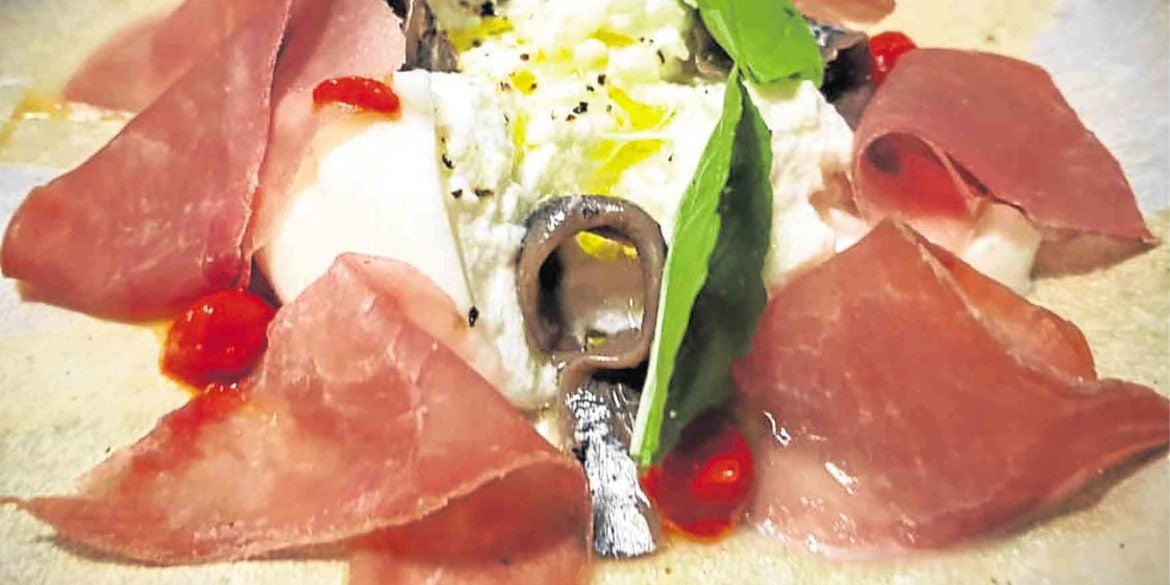 One of the most wonderful things about a new restaurant, my wife observed, is that all-pervading feeling of hope.

Indeed, the Osteria Daniele, just on its third day of operation, had a new-car smell to it, everything gleaming and freshly scrubbed. No jaded, bored looks, just honest attention being delivered in effusive amounts around the dining room.

I had no idea that the restaurant was very new. It would have been prudent to let it settle into a rhythm for a few weeks before visiting. But I’d been hearing about it so often that I felt it must have been open for a while.

Apart from the hiccup that something had gone wrong with the toilet, and so we had to use the common-area one in the building—a step up from Made Nice, where you used to have to go down the street, in the rain—the service hummed along swiftly, servers were professional, and everyone seemed to know what to do.

This is probably because the group behind BCN and Las Flores and Rambla had its best people running the show. They know how to put together a restaurant.

All its restaurants are great spaces: dramatic yet intimate nooks and havens for conversation, people-watching, flirting, dating, and generally being out and about and having a good time.

It was, after all, a Saturday night out at Bonifacio Global City, and the chic and polished crowd was starting to roll into the restaurant. The staff seemed overly concerned about the bathroom, which they profusely apologized about to each table. It was a step, some four inches high, that you have to traverse when you enter or exit the restaurant. It was impossible to go anywhere near it without one of the waitstaff pointing it out with an anguished and slightly panicked expression.

Apart from that, I’m happy to report that the food was not just good—it was very good. Other critics writing about Osteria Daniele have posited that we are on the verge of an Italian food renaissance—what was cool when I was in college 30 years ago will be in again.

This will be good news for restaurants like L’Opera, which was the place to take a date in those days, and has suffered the ignominy of being known as the restaurant “near the parking lot” of The Fort. But as the record shows, it took the blows—and like platform slides, will be trendy again.

Sticking to the classics

There’s a big sign across the street for a branch of Wildflour that will, apparently, specialize in Italian when it opens.

Just to be clear, the osteria is a full-fledged and completely operational battle station. It’s the full monty of the traditional Italian menu, with carpaccio and bresaola, and goes through cheeses, antipasti, pasta, and main courses.

We stuck to the classics: vitello tonnato, burrata (which comes very nattily indeed, with a cloche cover that is pulled away to reveal a dense cloud of smoke, and the burrata itself nestled in a ring of prosciutto and anchovies, with token sprigs of arugula), a duck ragu tagliatelle, and osso bucco.

It wasn’t the most balanced of meals, because we had veal twice, and a ragu followed by the ragu-like sauce of the osso bucco—but these were my favorites and bring back happy memories of the 1990s, when going out for fine dining almost inevitably meant an expensive Italian restaurant.

Our meal, with dessert, but without any drinks, amounted to around P2,500 per head—which isn’t exorbitant for the BGC area nor for this group, but it’s definitely an osteria with inverted commas.

There was complimentary limoncello or grappa after dessert and before the bill came, presumably to numb the sticker shock a little bit. Take note that this was before drinks. It would be almost criminal not to have wine with a meal like this, or to start the evening off with one of the highly regarded cocktails.

In the great circle of what’s “in” and what’s “out,” if the ’90s are back, then I don’t mind at all. It was a good decade for me, all around, and I really miss the great flowering of girl-and-guitar acoustic albums. (Does anyone remember when Starbucks had its own music label and sold CDs beside the chocolate chip cookies?)

The Italian renaissance might not be such a bad thing, even if it only saves us from the endless medieval horrors of “comfort food” that has plagued the local dining scene like a blight these past few years.