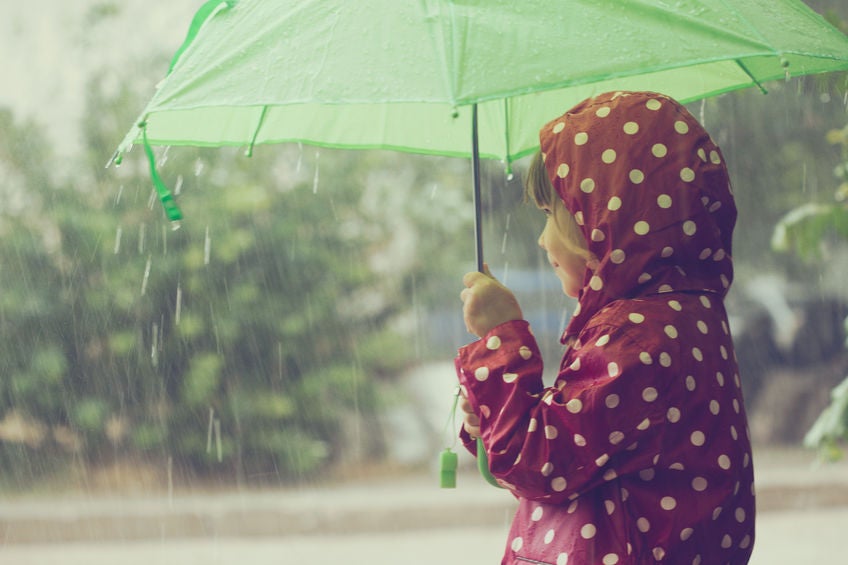 Little child walking in the rain

The Philippine Atmospheric Geophysical and Astronomical Services Administration (PAGASA) has officially declared the start of rainy season in the Philippines. During this time, rainfall and typhoons are expected to hit the country. Due to the sudden change of weather, diseases triggered or worsened by the cold weather may rise. While most Filipinos are prepared to combat common diseases such as cough and colds, some may overlook the issue on dehydration, which is still considered a risk even during this season.

Dehydration occurs when the amount of fluids consumed is less than what the body needs to function properly. It is also during rainy season, when sweating caused by the humidity in the air, or long exposure to cool places, can put anyone at risk of dehydration. During this time, people often drink less water because of the cold weather. This diminished thirst response together with increased urine production contribute as major factors to dehydration.

This is why even in cold or rainy weather, anyone can be susceptible to dehydration—especially kids.

Young children are more prone to dehydration than adults for various reasons.

Generally, children are more physically active than most adults. During physical activities, children may not immediately feel the sensation of thirst or postpone drinking even when they are thirsty because they are so excited to play. Thus, they are failing to drink beverages to replace lost fluids in the body. 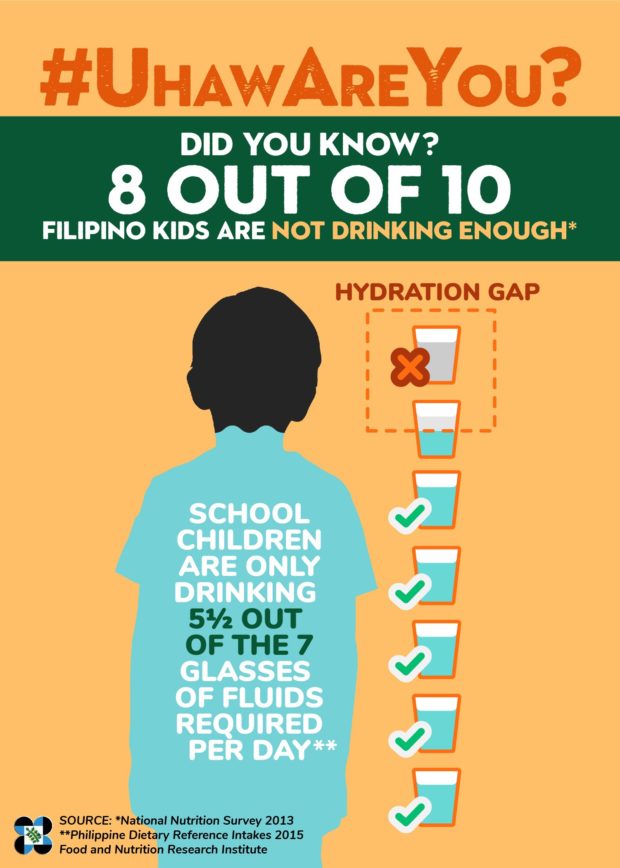 Parents should therefore ensure that their children stay hydrated since a study conducted by FNRI-DOST states that 8 out of 10 Filipino school children are not getting enough fluids to keep them hydrated and healthy. Parents should be informed of the value of proper hydration in children—that it promotes physical and mental well-being. They should be fully aware of the signs of dehydration in young children such as cracked dry lips, cold and dry skin, excessive sleepiness, and low energy level even during playtime. Dehydration might cause lack of mental awareness and concentration which could affect their performance in school, and even their willingness to interact with other children. In the long term, not drinking enough water may lead to chronic dehydration which could have dangerous and life-threatening effects such as kidney stones, urinary tract infection (UTI), low or undetectable blood pressure, and can even lead to death when left untreated. 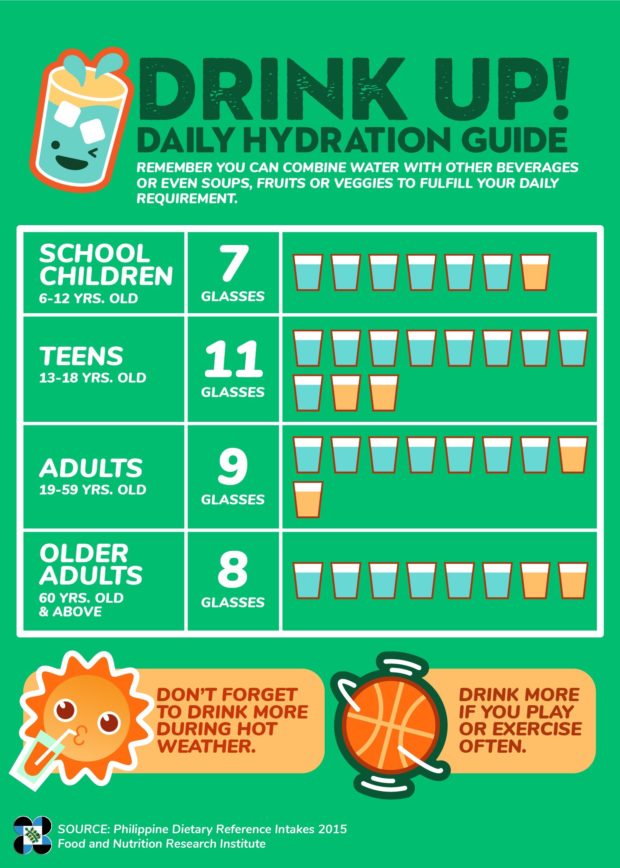 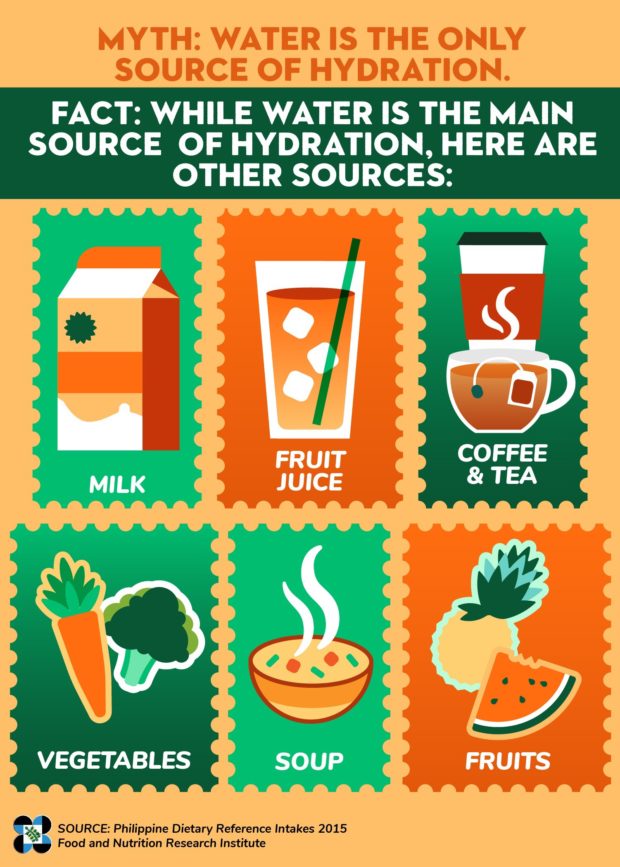 When sweating is excessive, beverages fortified with essential vitamins and minerals help with recovery.

Tang is an enjoyable way to refresh your kids after physical activities.

Tang is a delicious and refreshing thirst-quenching drink. It has 100% Vitamin C and has real fruit goodness that kids love! INQUIRER.net BrandRoom/LA