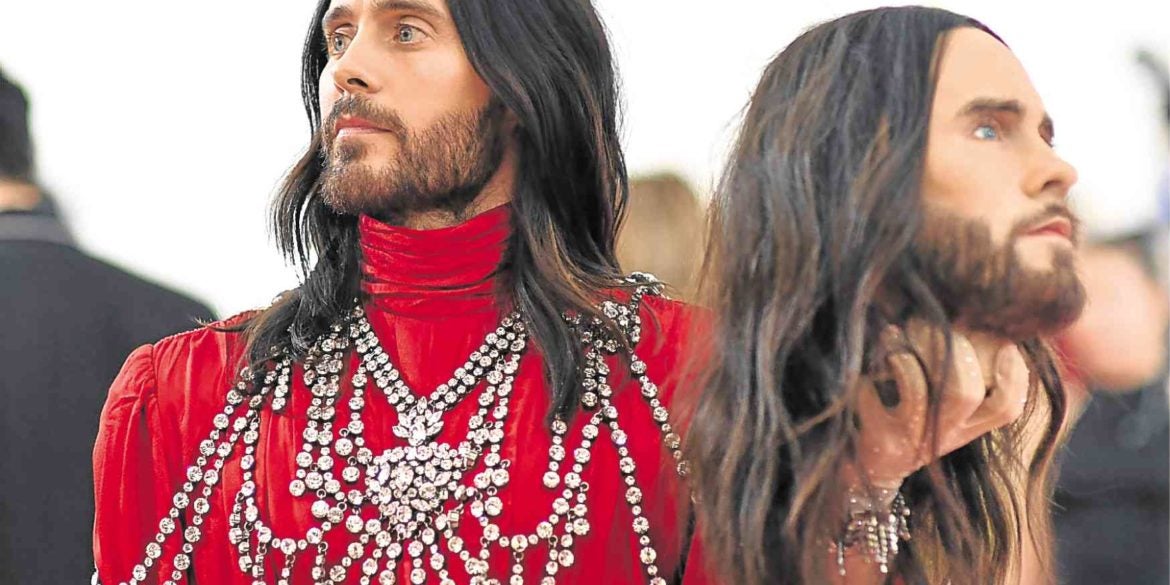 Jared Leto, in Gucci, carrying a replica of his head at the Met Gala —afp

At last Monday’s Met Gala in New York City, around 550 guests paraded in various interpretations of this year’s theme, “Camp: Notes on Fashion.”

Like other themes in the past, it is one that’s tricky to pin down. Susan Sontag herself, the author of the 1964 essay the theme is based on, had 58 different musings on what it could mean. For a big fashion fundraising event like the Met’s, one guest’s camp can be minimalist to some, and kitsch to others.

For Whitney Bauck, associate editor at fashionista.com, it was an excuse to be an outfit repeater, and represent her motherland, the Philippines, by wearing a design by one of her closest friends, young designer Carl Jan Cruz.

The Isagani dress, one of Cruz’s pieces from his Pang-Okasyon line, was a take on the school uniform of Colegio San Agustin Makati. According to the designer, “We explored familiar colors from my past commutes to school here in Manila, and it was really designed out of wishful thinking. If I had my way, I’d free the arms, create vents for the legs, and remake how the skirt moves and disrupt it, beautifully.”

Unlike most of the guests who had their gowns made for the event or even had several costume changes, Bauck has worn the Isagani dress on various occasions—at fashion week, on her birthday, to talks and the like.

“It’s more meaningful, as Whitney is a friend and that dress has so many lives with her, and not just at the Met. It has really defined how dressing should be in this day and age,” Cruz adds.