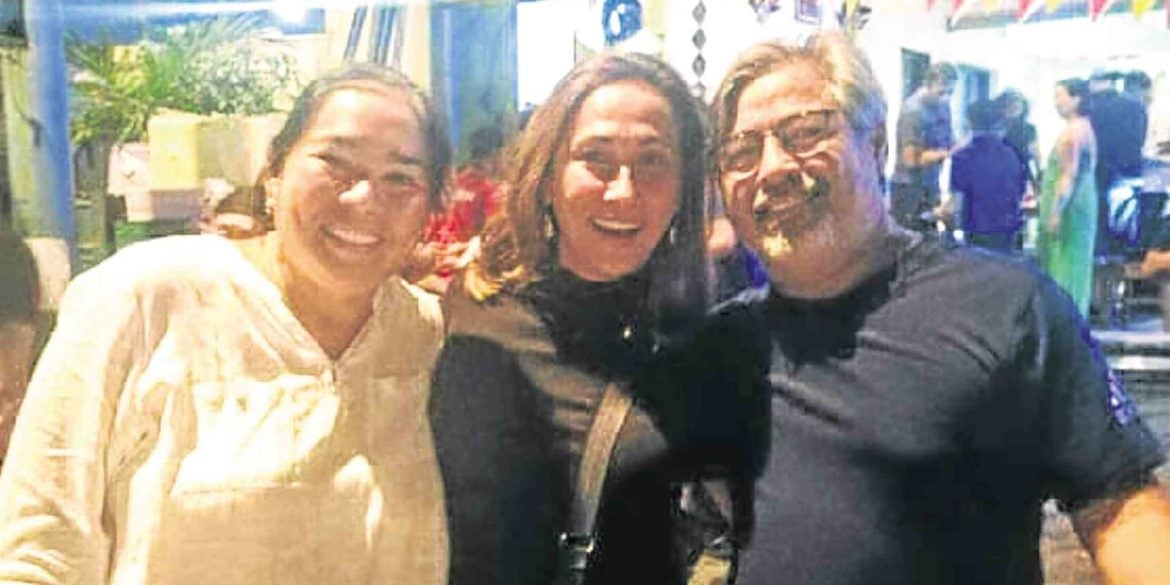 Last weekend, Malugay Street in Makati rocked with a party celebrating the 16th anniversary of the JT’s Manukan Grille branch in that area.

The proprietor, JT himself, actor Joel Torre, was his gregarious self—welcoming guests, hopping from table to table, engaging in happy talk.

When I arrived, he ushered me to a table to introduce his fellow Bacolodnon, Joe Cajili, granddaddy of Bacolod Chicken House, said to be the first, original chicken inasal restaurant to gain popularity nationwide.

At the same table were Joe’s son, Carlo Cajili, and Stephen Matti, who are business partners in Bacolod Chicken House Express along P. Ocampo Street also in Makati, whose own tasty inasal and pork barbecue I buy for late-night dinner in the Inquirer.

JT’s version of inasal is likewise fine—tender, chewy, its marinade mixed just right for this party night. Surely these Bacolod boys know how to make their inasal.

When one of the guest bands, the Flippin’ Soul Stompers, played its first song, The Temptations’ “Get Ready,” Joel’s colleague, actress Cherie Gil started dancing along with Joel’s daughter, Aila, right in front of the stage.

Farther at the back, on the street, theater actor Jamie Wilson was also grooving while drinking Monkey Eagle craft beer.

Moments later, I whispered to another Bacolod boy, Teddy Montelibano, that he and I should make a French exit to go to the gala night of the 14th Philippine International Jazz Festival (Pijazz) at Alphaland, a few hundred meters down the street.

There were three venues at Alphaland for Pijazz: The City Club’s Lounge and Ballroom on the 4th floor, and Top of the Alpha on the 34th floor.

Hats off to Pijazz’s Sandra Lim-Viray and her dedicated team!