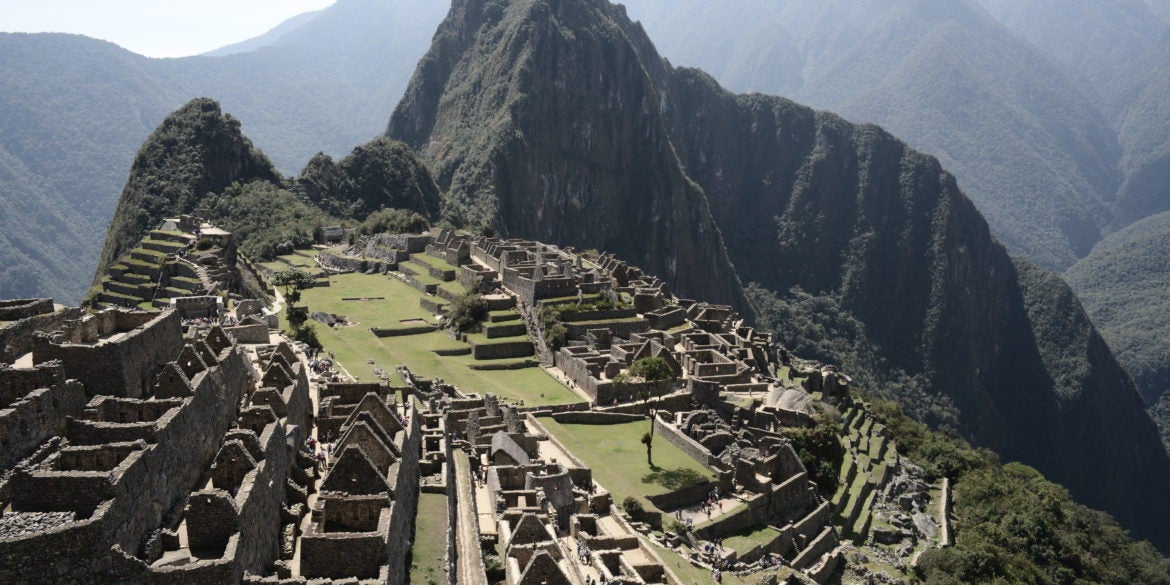 This picture taken on August 27, 2016 shows Machu Picchu, which stands 2,430 meters above sea-level. - Embedded within a dramatic landscape at the meeting point between the Peruvian Andes and the Amazon Basin, the Historic Sanctuary of Machu Picchu is among the greatest artistic, architectural and land use achievements anywhere and the most significant tangible legacy of the Inca civilization. (Photo by GOH CHAI HIN / AFP)

Peru announced on Friday a two-week restriction to three important areas at Machu Picchu to prevent greater degradation to the iconic Inca citadel.

From May 15-28, access to the Temple of the Sun, Temple of the Condor and Intihuatana Stone will be strictly controlled at the UNESCO World Heritage Site, the government said.

“These measures are necessary to conserve Machu Picchu, given the evidence of deterioration” on stone surfaces caused by visitors to the three areas, the culture ministry said.

Almost 6,000 visitors a day are permitted onto the 15th century site in two waves.

The new plan will give tourists just three hours to visit the three emblematic areas.

Authorities will evaluate the impact of the measures before applying new permanent rules from June 1.

Machu Picchu, which means “old mountain” in the Quechua language indigenous to the area, is at the top of a lush mountain and was built during the reign of the Inca emperor Pachacuti (1438-1471).

It lies around 100 kilometers (60 miles) from the Andean city of Cusco, the old Inca capital in southeastern Peru.

It was rediscovered in 1911 by the American explorer Hiram Bingham. UNESCO declared it a World Heritage Site in 1983.