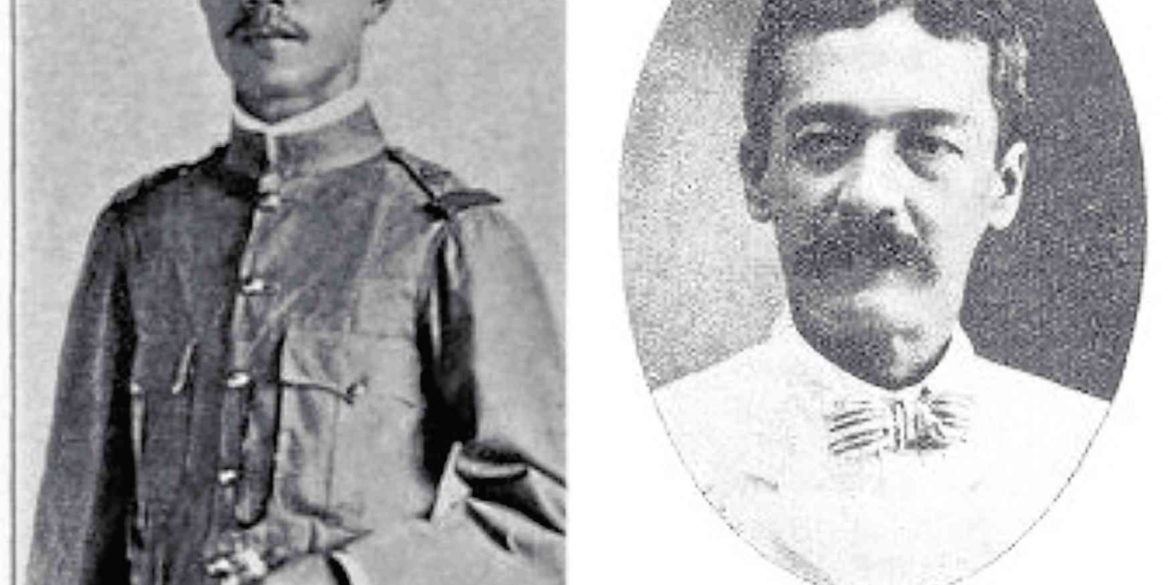 This year marks the sesquicentennial of the birth of Emilio Aguinaldo, leader of the Philippine revolution in 1896 and president of Asia’s first democratic republic in 1898.

My great-grandfather, Benito Legarda y Tuason, was associated with Aguinaldo during the heady early days of the shortlived first Philippine Republic. The documentation is sparse, but enough exists to provide convenient pegs for a historical narrative.

The first notice we have is a letter to his son and daughter-in-law from Bacoor dated July 30, 1898. He writes, “Don Emilio Aguinaldo has entrusted me with the directorship of finance.” One notes this is a 45-year-old established Manila businessman referring respectfully to a 29-year-old former municipal official.

In his letter he adds: “Unfortunately the capture of Manila which we considered imminent keeps getting delayed.”

Our next scene plays out in September in Malolos. Formally dressed Aguinaldo walks to the podium escorted by the heads of the Malolos Congress

—President Pedro Paterno on his right, and Vice President Benito Legarda on his left.

Then we have a letter from Don Benito to the American military governor dated August 13, 1900. In it he mentions, among other things, that he had advanced P250 to Aguinaldo’s mother to keep her happy and to send to her son the papers that (Felipe) Buencamino wanted to send him.

Aguinaldo’s mother lived in Don Benito’s house and needed to buy clothes for her and her grandson.

He writes that peace was expected very soon, and he desired reimbursement for the various advances he had made (including P1,000 to Buencamino who had lost everything and had had to pawn his daughters’ jewels and P200 to Macario Adriatico, commissioner of the revolutionary government for passage from Panay). The reimbursement was to come from Philippine funds in American custody or funds left by Gen. Mariano Trias with him which he was turning over to the military government before he left to attend to his delicate health.

The last contact of which we have notice is a letter to Aguinaldo urging the latter to give up a hopeless military resistance and lead the Filipinos in confronting the Americans in parliamentary negotiations. Aguinaldo did not heed this, and his capture ended the Philippine-American War.

The role avoided by Aguinaldo would be assumed by the Nacionalistas Sergio Osmeña and Manuel Quezon.

Don Benito joined Dr. T. H. Pardo de Tavera’s Federalista Party, but this did not gain support from their fellow countrymen, nor acceptance from the Americans. In those racist times, Secretary Elihu Root said they already had a Negro problem, and a Philippine state would add a Filipino problem on top of that. Possibly the Federalistas believed that the full enjoyment of civil rights was possible only as full citizens rather than as colonial subjects.

Pablo Ocampo Sr. was replaced in 1909 by Manuel Quezon, who came from a political ambience of dramatic speeches delivered in a loud voice. It was Don Benito’s task to clue Quezon about the more sedate behavior in a less histrionic Anglo-Saxon society: “Baja la voz, Manolo” (lower your voice, Manolo), enjoined Don Benito. Quezon’s daughter, Nini Quezon Avanceña narrates that nowadays, when the discussion warms up at family gatherings, the phrase to calm the atmosphere is “Don Benito”—a reminder of his injunction to Quezon.

When his term ended, he went to live in France to try to interest French capital to invest in the Philippines. He died in Evian les-Bains on the shores of Lake Geneva in 1915.

His body was brought home to Manila the following year. Aguinaldo, apparently still respectful of his former associate, was a pallbearer at his funeral.

When Aguinaldo died, he lay in state at the Manila cathedral, a block away from the Intendencia Building housing the Central Bank. I was head of the Research Department, and I ordered my employees to take turns at paying their last respects to this great figure in Philippine history.—CONTRIBUTED

Benito Legarda Jr. is a historian and a former deputy governor of the Central Bank of the Philippines.