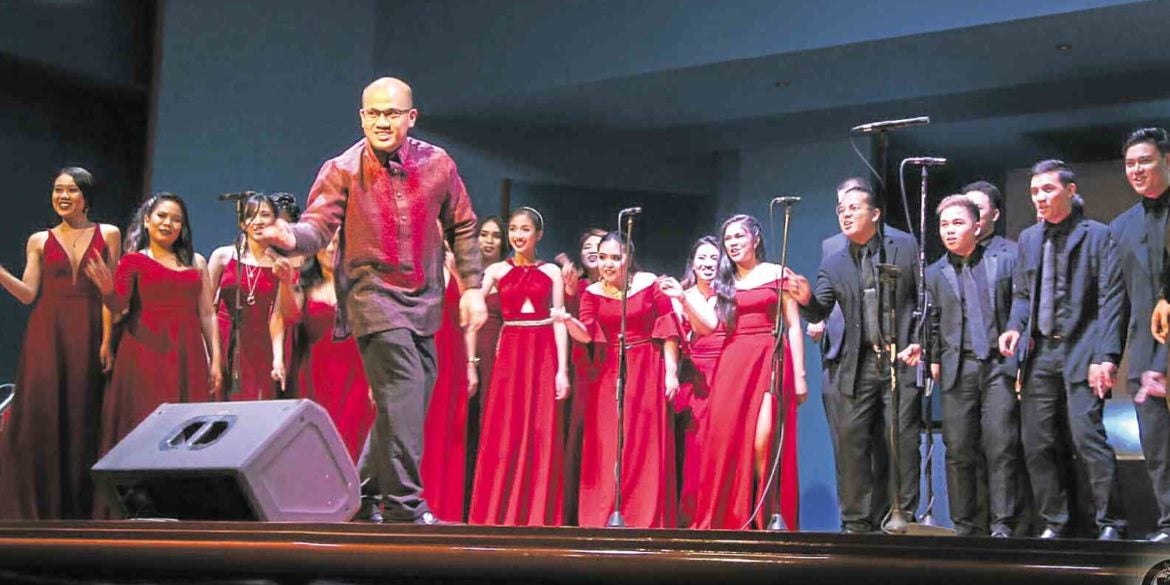 Concert held at Letran, set to mark its 400th anniversary next year

Los Cantantes de Manila, an emergent choral group that has twice won the Ani ng Dangal (Harvest of Honor) award of the National Commission for Culture and the Arts (NCCA) for winning major prizes in  international choral competitions, mounted recently a well-received concert that was a fitting celebration of May as National Heritage Month.

Even more fittingly, the concert was held at the ancient Colegio de San Juan de Letran in Intramuros, Manila, which is set to celebrate its 400th anniversary next year. Administrator Guiller Acido of the Intramuros Administration (IA), one of the organizers of the concert, cited Letran as the only Spanish-era school that has remained in its original location in the Walled City.

Acido reaffirmed IA’s support for the quadricentennial celebration of Letran in 2021.

Founded in 1620 by the Dominican friars, Letran has produced several presidents, such as Emilio Aguinaldo (see article below), and canonized saints such as the Vietnam protomartyr, San Vicente Liem de La Paz.

An a cappella choral group, Los Cantantes is under the directorship of Dawin B. Vargas, who trained under Anna Tabita Abeleda-Piquero, formerly of the Philippine Madrigal Singers. He has attended various workshops and masterclasses in Torrevieja, Spain, and in Marktoberdorf. Aside from Los Cantates, he conducts the University of the East Chorale and Adamson University Chorale.

Held on May 7 at Letran’s Student Center Auditorium, “Hayo” was a send-off concert for Los Cantantes that would embark shortly this month on another European tour.

In the first half of the program, Los Cantantes sang a liturgical composition by Felix Mendelssohn, “A Drop in the Ocean” by Eriks Eisenvalds that meshes four prayers related to Mother Teresa of Calcutta, a Lithuanian folk song, and a choral composition that imitated percussion instruments, among others.

The second half consisted of more familiar tunes, popular standards such as “Volare” and Cecile Azarcon’s “Ikaw ang Lahat sa Akin,” and original compositions such as Matthew Maniano’s “Daluyong,” a tribute to the survivors of Haiyan/Yolanda typhoon in 2013.

The Letran crowd cheered when Los Cantantes made an interesting rendition of the hip-hop song on power and ambition, “Upuan,” by Philippine rapper Gloc-9, and a mashup of iconic British rock band Queen’s “We Will Rock You” and “Bohemian Rhapsody.”