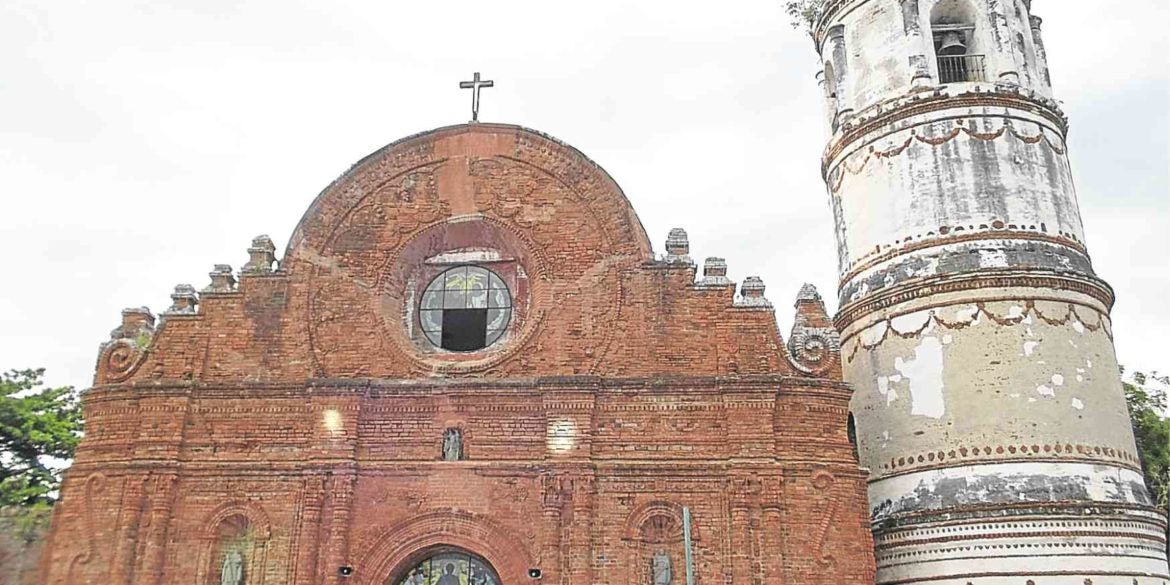 The Parish Church of Saint Matthias, Apostle, better known as the “Tumauini Church” in that town in Isabela, is one of the glories of Spanish-era architecture. In their book “Great Churches of the Philippines,” Fathers Pedro Galende and Rene Javellana raved that “the exaggerated rose window and the cylindrical bell tower which appears like a wedding cake have no parallels elsewhere.”

They added, “pieced from thousands of clay brick, Tumauini Church still impresses in spite of obvious damage inflicted by war.”

The church, built by the Dominicans, is a National Cultural Treasure, a National Historical Landmark, and is one of the Baroque churches in the country included in the Unesco World Heritage Sites. Thus, the church was a most appropriate venue for the launching of National Heritage Month (May) by the National Commission for Culture and the Arts (NCAA), chaired by National Artist Virgilio S. Almario, and the local government of Tumauini, led by Mayor Arnold S. Bautista.

In a message read for him, Almario said heritage landmarks tangible as well as intangible should be protected, and 7,000 such items have already been registered by NCAA. Fr. Harold Rentoria of the NCAA’s Subcommittee on Heritage, said “this heritage church should be preserved and protected, and should be passed on to the next generation.”

There were cultural presentations from young talents of the province’s government schools, songs from the Baguio-based Astra Fellas, a launching of 16 commemorative stamps, and an audiovisual presentation, “Our Precious Heritage,” by Team Golez of Naga City, Camarines Sur.

But the real star of the show was the Tumauini Church. —CONTRIBUTED