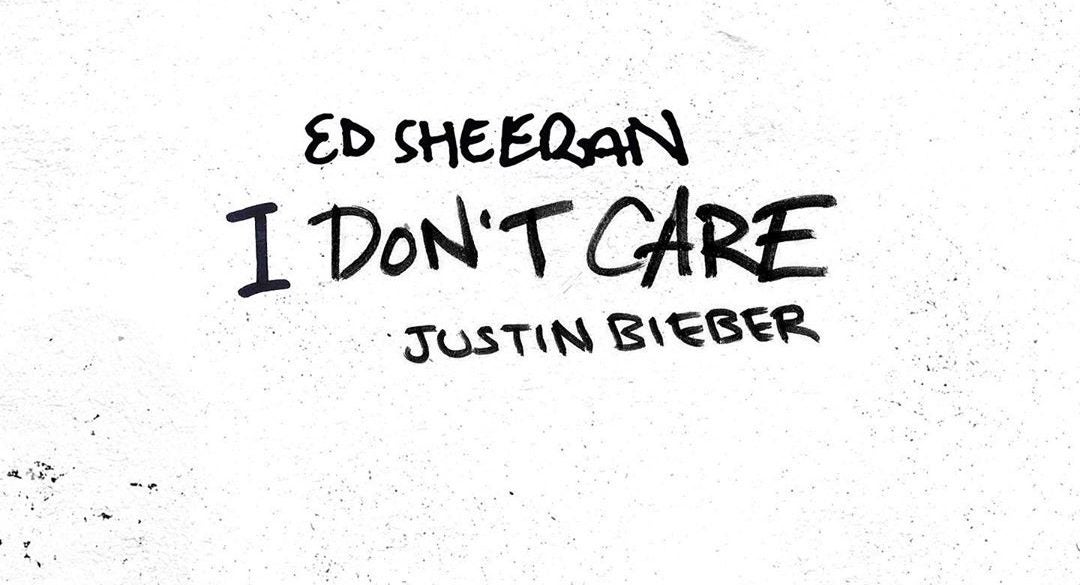 After teasing it for weeks Justin Bieber and Ed Sheeran early Friday released their new single “I Don’t Care,” melding a jaunty melody with lyrics that confront mental health. They quickly reached a record-breaking 10.997 million on Spotify upon the drop.

The track, sure to become a summer earworm, comes just months after Bieber, 25, said he was stepping back from music to focus on his health and family.

“I have been looking, seeking, trial and error as most of us do, I am now very focused on repairing some of the deep rooted issues that I have as most of us have, so that I don’t fall apart,” the Canadian singer posted on Instagram in March.

In his collaboration with Sheeran, 28, the superstar sings of feeling out of place and battling anxiety.

“With all these people all around / I’m crippled with anxiety / But I’m told it’s where we’re supposed to be,” he sings.

The bop then turns into something of an ode to love, purportedly aimed at Bieber’s wife, model Hailey Baldwin, and Cherry Seaborn, the partner of British star Sheeran.

“And you’re making me feel like I’m loved by somebody / I can deal with the bad nights when I’m with my baby,” the pair sing in the chorus.

It is their second duet, the pair did the song “Love Yourself” from Bieber’s last album Purpose, released in 2015.

In recent months Bieber has been spoken candidly about his depression, telling Vogue that “I’ve struggled with the feeling that people are using me or aren’t really there for me.”

“One of the big things for me is trusting myself. I’ve made some bad decisions personally, and in relationships,” he said. “Those mistakes have affected my confidence in my judgment.”

The move came as Bieber was becoming known more for his antics than his music, including accidentally striking a photographer with his car.

The star faced legal trouble for incidents that included racing a vehicle through Miami and throwing eggs at a neighbor’s house.

In 2017 China said Bieber was not welcome to perform in the country due to his “bad behavior,” saying he had a lot of growing up to do if he wanted to return.

LISTEN: Carly Rae Jepsen’s “Julien” Is A Bop on Heartbreak