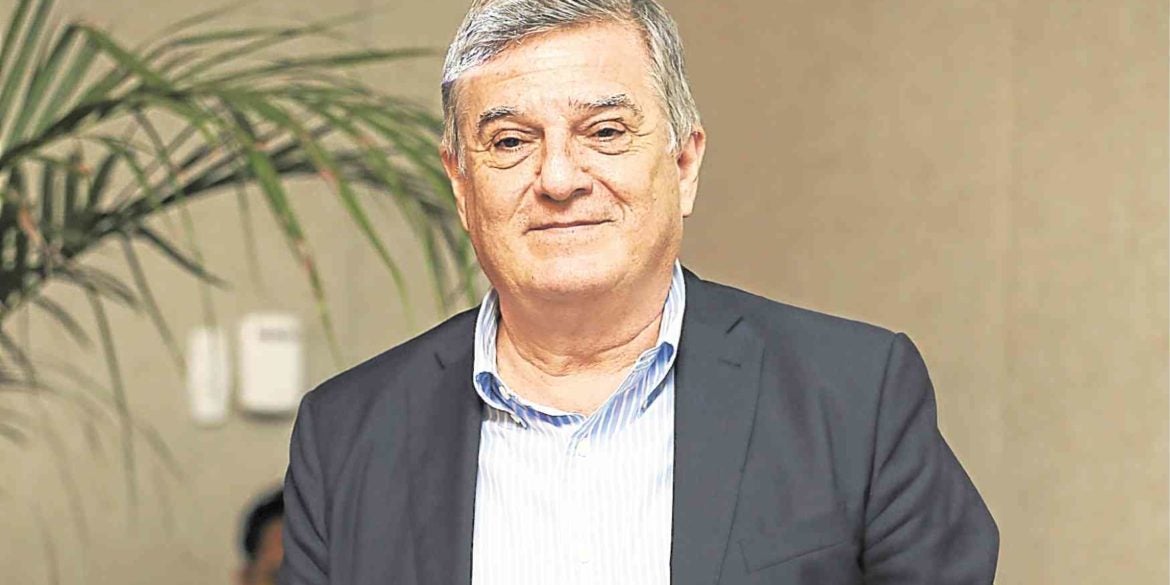 The diplomat as Renaissance man

The ambassador is a true friend. He cares about where he is,” said entrepreneur Alexander Lichaytoo.

That best describes Italy Ambassador Giorgio Guglielmino’s style of diplomacy. More than an envoy, he is also an art connoisseur, author of art books, foodie, and man with an eye for spotting talent.

Although Guglielmino studied politics, he cultivated his expertise in contemporary art by visiting exhibitions and establishing ties with art communities.

Asked why he ventured into a diplomatic career in the first place, he replied: “It allows you to lead different lives. I’ve lived in South America, Africa, Europe and Asia.”

Between diplomatic duties in his postings, he has written five books on contemporary art—three in Italian, including a children’s book, and two in English.

He wrote his first book in 1996 when he was based at the Ministry of Foreign Affairs in Rome, handling European Union issues. “Le Opere D’arte Trafugate-Legislazione e Normativa Internazionale” (loosely translated as “The Works of Stolen Arts: International Regulations and Legislation”) focused on the illegal trafficking of stolen art.

“It started as a brief research for my job as a diplomat. The Unesco believes 50 percent of the artworks in the world are located in Italy. This is an important issue in my country,” he said.

“I am working hard to let Italy have a better understanding of the reality of the Philippines,” he added, “and for the Philippines to know more about the latest developments in industry, design and culture in Italy. My country is known for its classical past. I want to present its more dynamic side.

Last year, Guglielmino also initiated the Embassy of Italy Purchase Prize, a special citation given at the Ateneo Art Awards. As an acquisition award, the Italian embassy will keep the special prize with the aim of building a significant collection of works by young Filipino artists.

Guglielmino has been giving lectures on art and inviting Italian resource persons from the art world to hold conversations with their local counterparts. This interaction gave them a firsthand impression of Philippine art.

At a talk at Manila House, attended by diplomats and art aficionados, Guglielmino showed how contemporary artworks, which seemed cryptic to the uninitiated, reflected the state of the artist’s mind or his or her biography. He said it’s easier to understand contemporary art because the artist is confronted with the same references and the same information from media as ours.

Guglielmino made an interesting comparison of how contemporary artists interpreted portraits. Pop Art proponent Andy Warhol’s colorful screen print variations of actress Marilyn Monroe’s face needed no explanation, since the public was familiar with her life and loves through the media.

Meanwhile, nobody knew what Italian Renaissance painter Piero della Francesca wanted to say about the portrait of military leader Federico da Montefeltro, done in 1482. The portrait was unusual because it showed his profile instead of a frontal angle. Unless you Googled it, you wouldn’t know that Montefeltro lost his right eye and nasal bridge in a tournament.

“We know many things about Marilyn Monroe but not about Federico da Montefeltro,” Guglielmino said. Yet, in 300 years, people who look at Monroe’s portrait would have that same quizzical reaction.

Portraits need not be literal impressions of people. Guglielmino cited “Portrait of Ross,” a tribute to the late Ross Laycock, the partner of Cuban-American painter Felix Gonzalez-Torres. It was an installation of 85 kg of candy, Laycock’s weight before he was stricken with AIDS. The installation invited the public to pick up candy until the supply dwindled. Although the topic seemed innocently and literally sweet, it talked about death.

“The action of the people taking the candy was the same as how AIDS consumed a person,” said Guglielmino.

The candies were again replenished to 85 kg the next day. Hence, Laycock symbolically returned to his normal weight at daytime and was down to several kilos at night. “Every night, he dies,” said Guglielmino.

Guglielmino observed that the art critic has become less influential. Today, the curators are the purveyors of what is good or not good, what to show or not to show.

On trends, he told Lifestyle: “Everything is becoming fast, global and maybe even flashy. Every true lover and collector of art should be strong enough to refrain from being taken into this tornado of fairs, exhibitions and studio visits, and concentrate on the subtle relationship between the collector and the single work of art, notwithstanding everything else that goes on around them.”

Guglielmino’s passion for contemporary art led him to another talent—film producing.

Brazilian sculptor Juliana Cerqueira Leite told him that her sister, Natalia, a filmmaker, and actress Alexandra Roxo needed financial backing to produce an online comedy, “Be Here Nowish.” It’s about two amorous women who hit rock bottom in their lives and embark on a spiritual journey.

Since the series was well-received, Natalia went on to produce her first feature film, “Bare,” about a small-town girl who becomes a stripper and lesbian after meeting Pepper, a drug dealer. It starred TV actresses Dianna Agron (“Glee”) and Paz de la Huerta (“Boardwalk Empire”).

Guglielmino was one of the four executive producers of “Bare,” which premiered at the Tribeca Film Festival in New York in 2015.

He funded the project on a personal capacity, with the aim of nurturing a talent.

“My hope is to screen it here as an embassy event. We are looking for a special occasion,” he said. —CONTRIBUTED