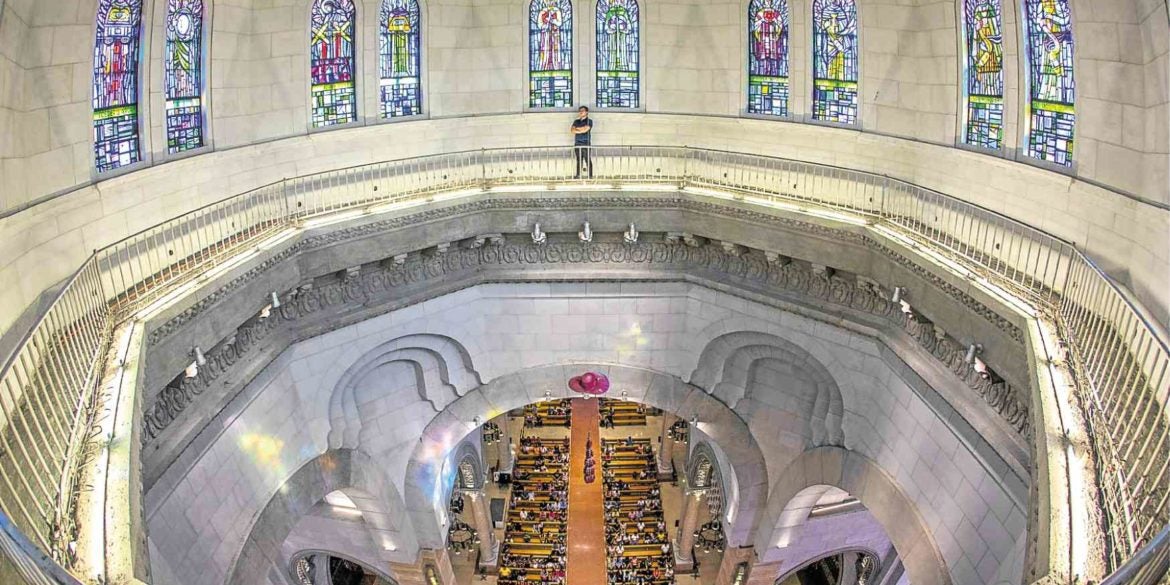 The view from the inside of the domed ceiling, including the elaborate stained glass windows

Marc Henrich Go: An architect’s eye behind the lens

Marc Henrich Go is one of those multitasking millennial creatives you often hear about, but seldom encounter in the wild.

The Davao native finished architecture at the University of Santo Tomas and topped the licensure exams in 2018, securing a coveted spot in the design firm of Budji+Royal.

He’s also a professional photographer, having worked on the “It’s more fun in the Philippines” campaign of the Department of Tourism, and photographed for glossy magazines such as BluPrint, Tatler and Cocoon.

Go was also the principal photographer for “Manila Cathedral: Restoring a Monument to Faith, Architecture and History,” a coffee-table book on the newly restored historic structure in Intramuros, which was launched recently.

Architectural photography is an art form in itself. It takes outstanding camera skills and a sensitive eye to make a photograph of a building as interesting and expressive as a portrait or a landscape.

Straddling the two professions, Go is uniquely placed, to say the least.

“It’s a big advantage for me as an architect that I’m a photographer,” he says, and the reverse is also true. “When I look at designs, I’m more sensitive to the details. And when I talk to other architects about their photo requirements, they know that I understand what they need. How many professional photographers do you know who are also licensed architects? It’s a big plus.”

His photographs for the Manila Cathedral book bolster his case. They reveal facets of the august edifice that even long-term churchgoers miss.

This he does by going the extra mile—or 10—to capture the perfect image: searching for the perfect vantage point, setting up, and waiting until the light is just right.

Architectural photography is a niche that hasn’t really been explored in this country.

“It’s like being a sports photographer,” adds Go. “If you understand the sport, you know what to look for in the shot.”

Go is also doing the photography for the forthcoming book on the designs by his mentors Budji Layug and Royal Pineda.

As a project architect just beginning his practice, he says, he is strongly influenced by his firm’s design approach which is architecture with a modern Filipino sensibility.

“You have to be open-minded” in everything, he says: aside from buildings, Go also loves landscape and travel photography, among other things.

“I’m socially oriented,” he says. “I love talking to people.”

This has led to what is perhaps his highest-profile gig to date, at least in the world of social media: being the unofficial photographer of Scarlet Snow Belo on her Instagram page.