Fireworks, a birthday and a slugfest | Inquirer Lifestyle ❮ ❯ 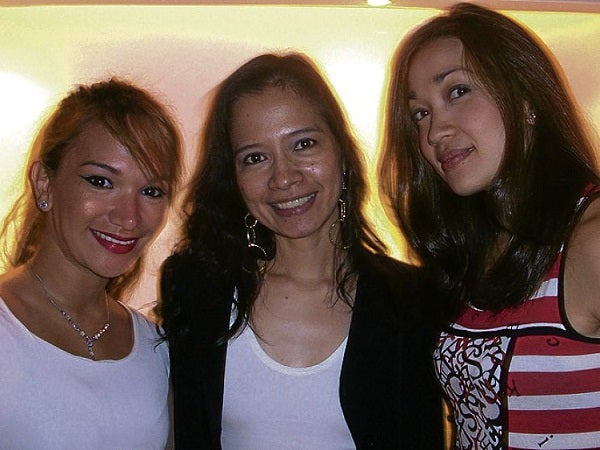 Fireworks, a birthday and a slugfest

CEBU—Pablo Picasso once said, “It takes a long time to grow young.” Markane Goho, president of both Kia Cebu and BMW Cebu, who turned 29 last Jan. 22, may well know what he meant.

The car king celebrated the eve of his birthday with a hearty dinner over Johnnie Blue at Casino Español, with closest friends and family before moseying over to The Penthouse for some extreme balls-out partying with his inner posse.

More firewater was consumed while moving to the mash-up music of Penthouse’s resident DJs. Many hours later—and to the shock of the celebrator—the sun greeted them as they headed out of the club.

Mr. 29-going-on-19 realized that although age is nothing but a number, youth really shouldn’t be wasted on the young. “We have to do this more often, you guys” were his parting words before heading home to sleep off what was left of his birthday morning.

Fire in the Sky

We had barely recovered from Markane’s 10-hour celebration when we had to get ready to welcome the Year of the Water Dragon at Waterfront Cebu City Hotel and Casino with its annual Fire in the Sky celebration.

After watching a traditional dragon dance and a phenomenal Wushu demonstration by the Wushu Federation of the Philippines Cebu Chapter, we feasted on the generous spread of Chinese dishes at UNO restaurant, then headed over to the chic Treff bar to get the best vantage point to watch the spectacular fireworks display, which just keeps getting better every year. This year’s explosive eight-minute light show will definitely be hard to top.

Named after its founder, boxing aficionado Antonio L. Aldeguer, ALA Promotions is now run by his son, Michael, who has revolutionized the sport in the country and has succeeded in making the Philippines a part of the international boxing arena.

After talking to its vice president, Dennis Cañete, we found out that ALA Boxing Promotions is the only organization in the Philippines to be associated with Top Rank—Manny Pacquiao’s stable—and Oscar de la Hoya’s Golden Boy Promotions.

As always, Michael’s brothers, Jay and Chris, and their kids were there to support him and their father. Chris, the youngest of the three brothers, was in high spirits, and when we commented on his nice golden tan, he was extremely pumped to reveal that his glow was a result of his training for the Summit Triathlon Team Championship Series in Siquijor, which takes place today, his first triathlon in nine years.

It was an all-out victory for the Philippines, as all five Filipino fighters overwhelmed their international opponents. One of the best fights of the evening was Mexican Diego “Tyson” Ledesma—ironic he has that nickname, really—when he was thunderstruck by Lorenzo “Thunderbolt” Villanueva in the first round.

In the main battle, ALA fighter Milan “El Metodico” Melindo dominated Mexico’s Juan “Panterita” Esquer. Japanese entrepreneur Shige Onda was heard telling his brother Eizaburo, “That guy should win a Razzie!” for his absurd performance after a supposed low blow. The boos of the nearly 4,000 spectators, who obviously agreed with Shige and were clearly not amused by the Mexican’s antics, echoed in the jampacked ballroom.

The evening ended once again at Treff with everybody toasting the victory of Team Philippines.