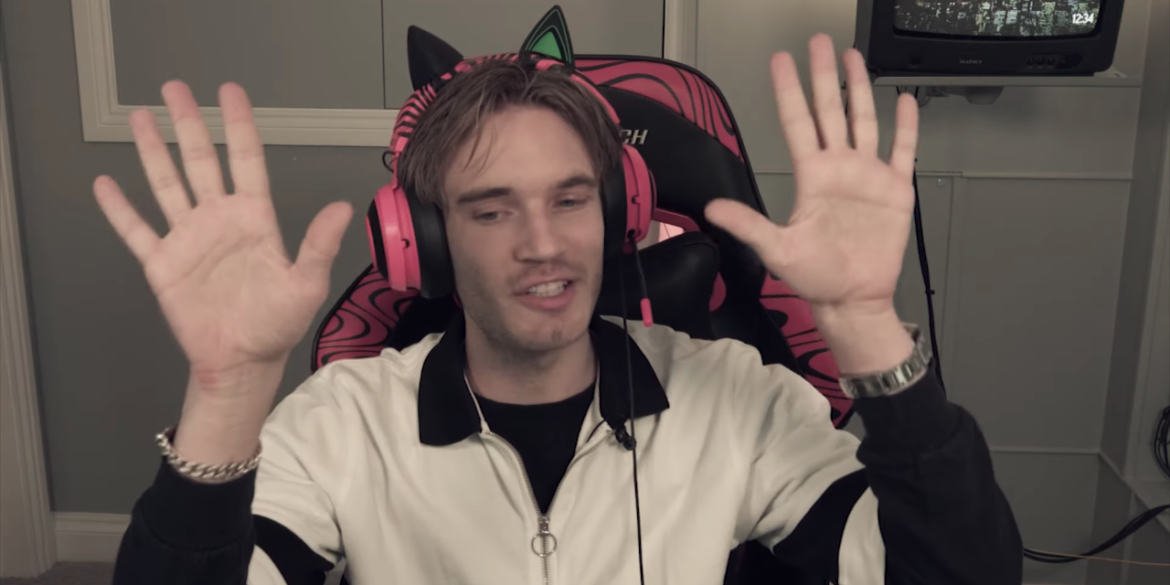 Before fixing Sonic in Photoshop, PewDiePie weighed in on the whole James Charles scandal in a video titled “James Charles is cancelled.”

Fair point. After all the beauty community is particularly rife with drama, something you don’t really see in other pockets of the Internet like Harry Potter or terrarium channels.

PewDiePie said, “It just feels weird to me how absolutely everyone loves her. It feels very manipulative.

“She’s putting herself on a pedestal while she clearly was completely fine not outing this behavior of James Charles essentially abusing people’s sexuality, and as long as James Charles would instead have promoted her vitamins, she would’ve been fine with it.

“She would not have made this video. She would’ve been, ‘Good boy, James Charles, thank you very much.’

I’m not saying that I think he’s innocent. I just say, they both expose themselves, in my opinion.

“It’s very troubling to me how this kind of behavior gets rewarded online. For me to be the only one thinking this way feels weird to me. It feels a bit weird to me that’s why I feel I need to bring my opinion on this from a Youtuber perspective.

“I feel like there has to be something else that James Charles has done that I don’t know about, because otherwise this doesn’t make sense to me. I’m not saying that I think he’s innocent. I just say, they both expose themselves, in my opinion.

“According to Tati, this whole thing started because Tati thinks that he went through this elaborate stunt at Coachella about security to make a promo about this vitamin brand on Instagram. And everyone’s going, ‘Yay! Tea!’ Fucking cringe. So pathetic, all of you.”

Watch the entire video below.

Get schooled: What does ‘mishigas’ mean?

The Met Gala from the sidelines: the moments you didn’t see