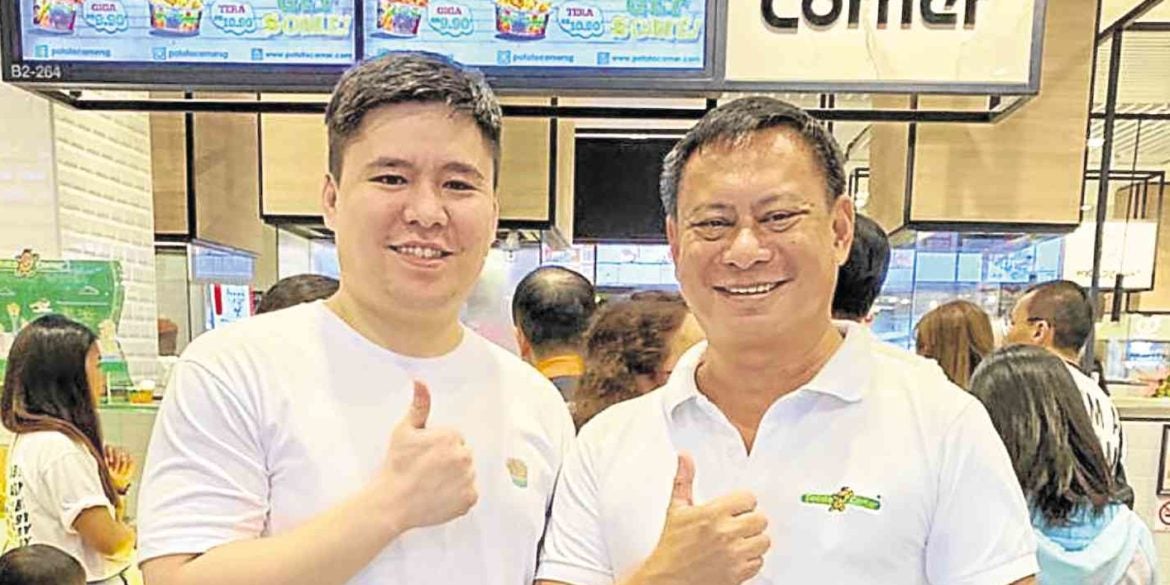 The homegrown brand is now in 12 countries. By year’s end, it will be in 15 more markets

When plans for the impressive Jewel Changi Airport in Singapore were drafted, many food companies expressed interest for a space, though not all of them could be accommodated. But one brand that airport management couldn’t say no to was Potato Corner.

According to Keith Kek from the airport’s leasing team, “We see a lot of potential and growth in Potato Corner. And the food is easy [to sell] because it’s a grab-and-go item.”

Potato Corner, a homegrown Filipino brand, was one of 17 companies chosen to operate in the Jewel’s Food Hall, where kiosks are open 24 hours.

It’s a wonderful opportunity for the brand as the airport doubles as a showcase for other potential investors and franchisees.

“Singapore is a good launching pad because it’s a melting pot in terms of multinationals,” says Potato Corner CEO Joe Magsaysay. “This brings the brand and company to the next level.”
Growing rapidly

It has been 27 years since Magsaysay, aka Jomag, and his partners put up the first Potato Corner stall at SM Megamall. It has grown to over 1,000 branches all over the world—and the number still continues to grow at a rapid pace.

International expansion wasn’t really on the drawing board for the company, but when opportunity kept knocking, it was hard to ignore.

“Our first branch outside the Philippines was in Jakarta in 2006. It is a joint venture,” says Magsaysay. Now, Potato Corner has more than 100 stores all over Indonesia.

The United States was next. As with many branches abroad, prospective partners expressed interest to join. In 2010, it set up shop in the Westfield Santa Anita Mall in Los Angeles, California.

Not long after, Potato Corner opened in Thailand and Panama.

Magsaysay attributes the wide interest to avid young customers back in the 1990s who are now twentysomethings eager to be business owners. “When you market to teenagers and adults, they will shift to the next big thing,” he says in another interview. “But kids? Once you get them, they’re yours for life.”

Potato Corner is found in 12 countries, including Kuwait, Cambodia, Australia and Saudi Arabia. By year’s end, it will be in 15 more, totaling over 300 branches overseas, apart from the current 1,160 outlets in the Philippines.

Potato Corner began its aggressive global expansion in 2016. To match its growth, the flavor and product development team has been working on overdrive. With access to a lot of insights and inspiration from territories outside the Philippines, the team gets to conduct focus-group discussions, which allows for more specialized flavors.

The brand’s four core flavors—cheese, BBQ, sour cream and chili BBQ—are staples in all outlets. And when it feels the local market is ripe and ready for it, it releases original varieties, like the larb in Thailand, and a potent wasabi flavor in Hong Kong. In the Philippines, it has introduced chili cheese, sweet corn and truffle fries, to much success.

Potato Corner has also grown its offerings. In the US, for example, it carries other potato snacks like tater tots and loopy fries, as well as sets that combine them with fried chicken—be it wings, chicken tenders or poppers.

COO Dom Hernandez confesses that there have been a number of experiments that have failed. They were mostly sweet flavors such as cotton candy and chocolate.

There are also markets that are proving hard to penetrate, such as Vietnam which has a strong loyalty to its own line of savory snacks, and Europe, which is more into condiments and dips than powdered flavorings on its french fries.

But Magsaysay and his team are not considering these as setbacks, but as challenges they are willing and ready to find solutions to.—CONTRIBUTED