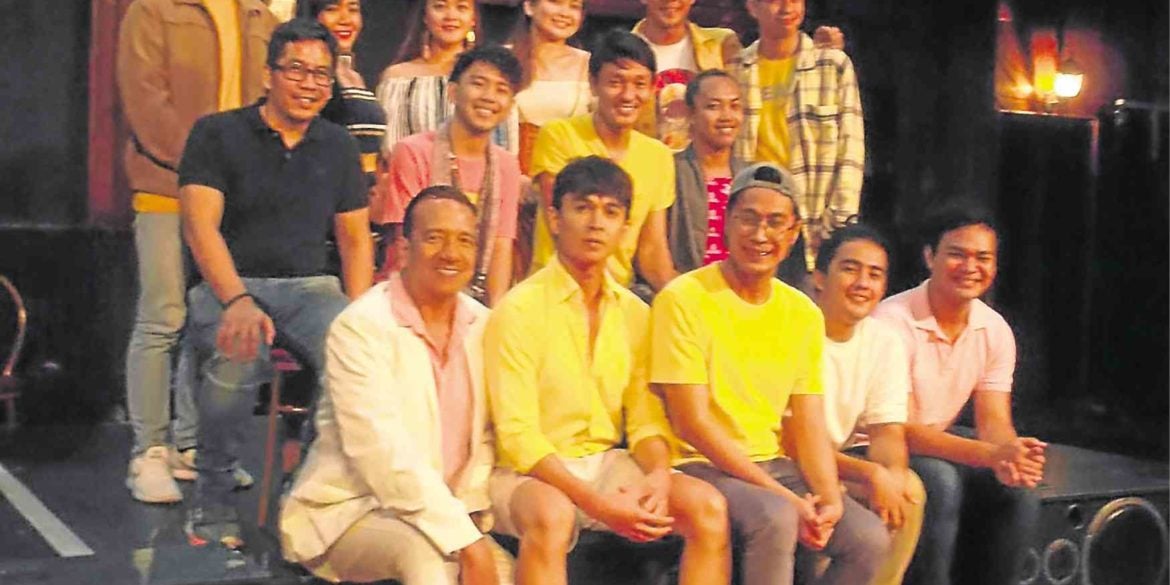 ‘We are not here to give the scare factor, but to educate and empower’

Artist Playground, the experimental theater company headed by actor-singer-dancer Roeder Camañag, has come up with plays—musical as well as straight—which tackle issues such as gay rights, antibullying, human relationships, the plight of overseas Filipino workers, and unconventional love. Now it goes a step further by mounting “Roses for Ben,” billed as the first HIV-awareness gay musical in the Philippines. Other HIV plays presented here were either foreign or straight.

The director is Camañag himself, with composer Jesus Lucas as musical director.

This was announced at a recent press launch at the Artist Playground penthouse on West Avenue, Quezon City.

The performance during the press conference showcased an ensemble of new, young talents who can sing and emote, and presumably dance (with choreography by Lezlie Dailisan).

Jude Matthew Servilla, as the lead character Ben (alternating with Benj Espina), stood out for his good looks and soulful singing. You might say he’s leading man material.

All are young, except the “mature” comebacking Bobby Martino, who was in the original cast of “Miss Saigon.” Alternating with Jerome Fugoso, Martino plays “a secret sugar daddy” as well as Ben’s father, a widower.

Book and lyrics were written by a spring chicken, Rayne Jarabo, 21, a graduating communication arts student at the University of Santo Tomas.

“It has always been my dream to write a musical,” Jarabo said. “The script had a lot of revisions. I did research on HIV, AIDS, met with friends who are known to be [HIV] positive, gay friends.”

Camañag said, “He has the energy for the musical.”

The story centers around Ben, who has a high-paying job, a loving relationship, and friends he can count on. But he has a secret: He is HIV-positive, having contracted it from a gay boyfriend who has died (played by Dene Gomez), and who is now haunting him.

“We seek not only to entertain but also to agitate with relevant issues,” said Camañag. “There are no deaths (at least not within the play), no antagonists. We are not here to give the scare factor, but to educate, to empower. With HIV education, [HIV-positive patients] can live a normal life. This is not your typical musical. It’s very now.” —CONTRIBUTED